The company's ytem SaaS platform provides an open end-to-end solution so members of a food item's supply chain, as well as consumers and other public parties, can access that information for food safety or long-term analysis.

Oct 08, 2021Mojix is among a dozen technology companies that have won the  U.S. Food and Drug Administration (FDA)'s  New Era of Smarter Food Safety Traceability Challenge with its ytem software-as-a-service (SaaS) platform. The winning solutions were selected from among 90 submissions to make supply chain data available for the food industry, as well as for regulators and various stakeholders. The ytem solution is aimed at enabling information about a uniquely identified product, such as a fish, to be tracked and shared with supply chain members, consumers and others seeking trends data (see  RFID Brings Visibility to Quick-Serve Restaurants and Stores).

The system is designed to combat what have previously been more siloed, fragmented approaches, by which data is not shared among various parties. The solution was chosen for its affordability and innovation, according to Hélène de Lailhacar, Mojix's head of global marketing. The ytem system consists of a software platform with a cloud-based repository that is shared by supply chain partners and potentially members of the public, enabling them to gain a view into a product's entire lifecycle, from farm to fork. 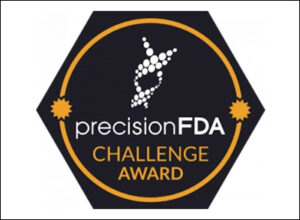 The FDA challenge was launched as part of the America Competes Reauthorization Act of 2010. Following the call for submissions, 90 companies responded, then the FDA selected 12 winners. The winning companies represented the United States, Canada and New Zealand, according to the FDA. Those submitting also hailed from Australia, China, England, France, Germany, India, Ireland, Singapore, Spain, Switzerland and Taiwan. The goal was to develop end-to-end traceability from source to table, throughout the food-safety process.

The FDA has been seeking ways in which to help food growers and producers voluntarily adopt tracing technologies to meet new and future regulations centered around food and health safety, said Frank Yiannas, the agency's deputy commissioner for food policy and response, in a recorded statement. The FDA is seeking cost-effective solutions and had asked the applicants to develop innovative and affordable solutions for the produce and fish markets. One of the goals, Yiannas said, was to evaluate models for solutions that would be low- or no-cost, offset by the system's benefits for users, and that would enable human and animal food operations of all sizes to participate in a scalable, cost-effective manner.

"The winning solutions are smart, impactful and covering the entire food continuum," Yiannas further said. The FDA now plans to consider how all the solutions can help benefit food traceability. The agency has been shifting some of its focus toward technology-based data-collection solutions to help businesses track and trace, and to thus react faster to health issues. For example, its Food Safety Modernization Act, Section 204, was released in 2011 and involves the tracking and tracing of food products to promote better recordkeeping. The FDA next proposed its Rule for Food Traceability in 2020 in response to a directive from the U.S. Congress to adopt additional record-keeping requirements.

Many growers and fisheries, however, are not technology-enabled. When fish are caught on boats, or when crops are harvested in large fields, there is little technology infrastructure available at those locations to capture and store information regarding what is taking place. For the FDA, de Lailhacar notes, even as regulation is growing related to traceability, the agency is striving to make sure the industry follows that directive. "The cost of technology can be an obstacle, as well as ease of use," she says. Therefore, Mojix presented a solution designed to be low in cost and open to all supply chain members and beyond, and that could potentially generate revenue for those interested in reviewing the data.

Typically, a farmer or fisherman would apply a tag to a container or carton as food comes out of the ground or sea. The tag could utilize barcodes, QR codes or passive UHF RFID chips, and the tag IDs would be used to create a virtual identity for all of the products within a specific crate. The ytem system enables users to track a fish in a crate, for instance, or specific pieces of fish sent to different parties. Users could employ a smartphone to scan each label or an RFID reader to capture each unique tag ID to identify the container. The operator would next input the related data, such as details about the fish being loaded into the container, as that action took place, along with the conditions, the food's weight or other information.

The collected data would then be stored in the cloud via Mojix's software platform. As each container leaves the custody of a given party, then enters a warehouse or store, the next individual to handle the goods could scan or read the label and update the data, as well as view that container's history. If a container of fish was processed or cut into pieces with different destinations, each piece could be tracked in the ytem platform. A single piece of fish could be placed in a new tagged container with a new destination, and the operator would input the new data, thereby linking both labels. Eventually, the fish could be processed to create, for instance, a can of tuna. The barcode on the can's label could be linked to all historical data related to that specific piece of fish.

Thus, even consumers could potentially have access to information about that fish by scanning the label's barcode. The primary point for Mojix, de Lailhacar says, is to provide an open system that could be used by all. "We realized that if we were the only ones doing this, we would keep siloed data from the industry," she states, "so we proposed an open ytem supply chain so service providers, producers of food, logistics or retailers could all log into the chain." Mojix piloted the solution prior to completing the award entry, by tracking fish from the point of catch to the store.

The FDA's challenge also centers around affordability so that food producers are not burdened with high technology costs. Mojix says it envisions the system being used in such a way that the technology would pay for itself. The company intends to accomplish this goal by providing aggregate data (used for trends analysis, for instance) that would be of interest to parties who would pay for access. As one example, food companies might wish to view production yields across multiple supply chains, along with the movements of specific food items over time, to make their own production plans.

Financial markets could pay for the information to gain analysis, while consulting firms might be interested in purchasing data, just as they might pay for information from medial sources or analysts. Other companies could gain value from the data as part of their own consumer-based solutions, Mojix speculates. For example, French company  Yuka offers an app that enables users to view information indicating whether products on store shelves are healthy, as well as the impact they could have on the climate, so that shoppers can make an informed decision about their purchases.

The ytem-based data could further enhance such apps, the technology company reports. Following the nod from the FDA, Mojix says it is now part of the agency's technology ecosystem and is seeking partnerships to carry on that mission. "We have to extend our arms to other players," de Lailhacar says.