SAP Takes RFID into the Enterprise

Oct.13, 2003 - SAP, the world's largest enterprise resource planning (ERP) vendor, was the first major software company to sponsor the Auto-ID Center and the development of the Electronic Product Code (EPC). It has also done RFID research with Harvard University, Rutgers University, the Stanford Global Supply Chain Management Forum and M-Lab, a joint initiative of the Swiss Federal Institute of Technology Zurich (ETH Zurich) and HSG University of St. Gallen in cooperation with the Auto-ID Center. The German software giant clearly believes EPC will become a core part of the global supply chain. And it intends to take advantage of RFID technology to provide its customers with a much greater level of supply chain efficiency than was ever possible before. 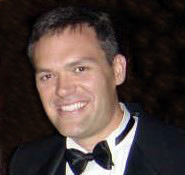 SAP’s goal is to be a leader in what it sees as an emerging market for systems that create "real-world aware" supply networks that can quickly adapt to changes in the marketplace. RFID products will be key components in the 21st-century business model that SAP calls the Adaptive Business Network. "Auto-ID enables the truly adaptive business," Blanchard says. "Unless you actually know where goods are and where they've been, you're just guessing. This takes all the guesswork out of it. Business managers will know where goods are in the back room of a retailer and where supplies are in a factory. This isn't just a demand-side benefit; it affects the whole supply chain."

Blanchard declines to give specific launch dates for SAP products. But he says the company will roll out software applications supporting RFID within the next year. At the heart of SAP's RFID strategy is a networked software platform called Auto-ID Infrastructure (AII). Developed over the past two years by SAP corporate research in conjunction with several of the company's product and industry teams, AII will collect, analyze and manage high volumes of real-time information from tagged items, environmental sensors, global positioning systems and wireless data.

The Auto-ID Infrastructure will be integrated with SAP and non-SAP supply chain applications. The company will not make an announcement about the availability of the platform until it's complete, which will depend, in part, on industry developments, including the formalization of standards. "The EPC standard is not final yet; the software interfaces are not final yet," says Blanchard. "I think we will know a lot of the answers [about standards] over the next couple of months or so."


SAP's Auto-ID Infrastructure will not be a new application or database but a "real-time information layer" that integrates with current—and future—enterprise IT environments. It will offer users two-way communications and control of readers and tags, providing functions such as remote updating of product pricing or routing instructions.

A key function of the infrastructure will be managing the massive amounts of data that will be generated by item-level tagging. But SAP says its Auto-ID Infrastructure will have other important functions. It will capture, filter and publish data—including product location, shelf life, price and inventory level—from many readers. It will aggregate and store information about shipping containers, pallets, cases and items. And it will receive and maintain data specifying the location and physical relationships between items, such as a particular item's location within a particular container.

The first step will be to provide basic auto-identification capabilities to customers' existing SAP systems. Then SAP will explore new retail and manufacturing applications to take advantage of EPC data. These applications include such things as shipping and receiving processes, automated order confirmation and payment, work-in-progress visibility, manufacturing cycle time, and automatic cross-docking, a process in which a finished good from the manufacturing plant is delivered directly to a customer with little or no handling in between. "We see some clients getting into one-day to two-day manufacturing turnaround, from the point where an item is out of stock to actually producing a finished good," Blanchard says. "The challenge is to try to identify new applications—not just change the way things are done now, but fundamentally change and improve them."

One of the first commercial RFID product offerings from SAP will be an automated replenishment system based on RFID and software agents (also known as smart or intelligent agents), which take data gathered by RFID readers and automatically use that data to take actions previously performed by people. SAP demonstrated an automated replenishment system based on item-level RFID tagging and software agent technology at its Sapphire user conference in 2002 (see SAP To Demo RFID Replenishment).

Working with the BiosGroup (which was acquired by NuTech Solutions, based in Charlotte, N.C.), SAP developed agents that interact with its supply chain applications to automatically replenish stocks when RFID systems detect that supplies are running low (see Agents Key to RFID Supply Chains). The demonstration showed how the agents tracked the removal of tagged items from a shelf, and how software agents, monitored this compared with preplanned stock levels. When more items than expected were removed from the shelf, the agents forecasted that the item would soon be out of stock and triggered a replanning cycle so goods could be replenished more quickly. SAP developed the application with Procter & Gamble, Sun Microsystems and an unidentified retailer.


As part of its RFID strategy, SAP plans to offer an Auto-ID "ecosystem" that will include software products, installation and integration services, and ongoing maintenance and support services. "The biggest unknown is what happens when we turn an RFID system on," Blanchard says. "Customers will need network monitoring and maintenance services to identify all the issues that have not been adequately addressed. A lot of the customer fear is because this is completely new."

SAP has been doing its own internal testing of RFID tags and readers at some facilities to become more familiar with the technology. The greatest challenge to implementing the technology—both for SAP and its customers—will be organizational. "There's a fundamental internal 'get it' factor that needs to be overcome," Blanchard says. "Companies need an empowered leader of auto-ID, and a cross-organizational team that can understand and implement this technology and help tie it into existing processes."

SAP's most extensive RFID endeavor to date, and the first big test of its Auto-ID Infrastructure, is the Metro Future Store project. The company is a major partner of German supermarket retailer Metro Group, which in April began operating a store in Rheinberg, Germany, that features smart shelves stocked with RFID-tagged items (see Metro Opens ).

SAP—along with Metro and Intel—has been involved in the project from its inception about a year and half ago, says Christian Koch, SAP’s marketing director for consumer products and retail and the project manager for the Metro Future Store. SAP helped Metro plan a store in which RFID technology would be the centerpiece, tracking goods in and out of the store at the item, case and pallet level.

SAP has helped Metro determine which technologies to use and is providing retail software applications based on its Auto-ID Infrastructure architecture as well as project management services in cooperation with IBM. The technology SAP is providing includes RFID software that connects low-level reader interfaces with related applications, RFID-based goods flow tracking and systems that leverage SAP’s Supply Chain Event Management and Business Intelligence products. The company is also providing its Enterprise Portal software to enable Metro employees to see the location and status of merchandise.

Metro Future Store is giving SAP an opportunity to test its AII platform, Koch says. "We had done extensive tests [in laboratories] but hadn’t used it in a live environment," he says. "We wanted to get some insights on how the infrastructure and tools worked in such an environment before we incorporate them into our future product strategy. We wanted to see how easy it is to connect a supply chain management system to [RFID] systems."

While the technology has worked well so far, it has been a learning process for employees and shoppers at the store, many of whom are experiencing RFID technology for the first time. "We're learning what level of training is the right one," for various components of RFID, such as systems that track goods coming into the store and others involved in warehousing, Koch says. "Although we've done quite intensive training with employees, this still requires additional effort to make it run smoothly."


There are no detailed results about the initiative yet, but Metro plans to publish them within weeks, says Albrecht von Truchsess, a spokesman for Metro AG in Duesseldorf, Germany. He expects SAP to take a major role in bringing RFID technology into the supply chain.

"The Future Store is an important step on the way to creating an RFID roadmap for SAP and its customers," von Truchsess says. "SAP has the vision to create a complete RFID solution portfolio that will encompass applications and technology to close the loop between physical objects and business processes, as well as a comprehensive services offering."

Following the Metro Future Store project, SAP and Metro "will have a nice advantage over others who haven't done this," Koch says. "We can understand the real issues and can be more proactive."

SAP is evaluating what it has learned to date from the project and will develop a business case for Metro to use RFID more broadly in its business. It's also collecting data to help in building its own RFID product line. "We want to get even deeper insights into this," Koch says. That includes extending RFID capabilities into manufacturing applications. And to that end, SAP will begin to look into future pilots involving partners in the manufacturing industry.

Nothing on the order of the Metro Future Store is currently in the works, SAP’s Blanchard says. But he expects the Metro project will have a huge impact on the marketplace. "Metro had a lot of guts to do what they did, and they've been enormously successful at it," he says. "I've talked to a huge number of retailers, consumer goods manufacturers and other companies, and they all say, 'Where do we get started, what do we do, what about all the standards?' My answer is, 'Just start.' You have to learn by doing. The business case is strong enough in a variety of capacities to use this technology. This technology is here to stay."