Iris Diagnostics plans to use RFID to authenticate the reagent used in its urinalysis machines so it can prevent the use of counterfeit reagents.

Mar 27, 2007Iris Diagnostics, a California manufacturer of medical diagnostic devices, is integrating an RFID-based authentication system into its iQ200 Automated Urinalysis System. This, it hopes, will help ensure that only the certified reagent formula Lamina, which Iris produces, is used with the machine.

Maria Cardenas, an electronic engineer with Iris, says the company decided to develop the authentication system not in response to a past problem with counterfeit Lamina, but rather to keep such a problem from ever occurring. "It has happened to other providers of urinalysis systems, but not Iris," she says, "so this is a preventative move." 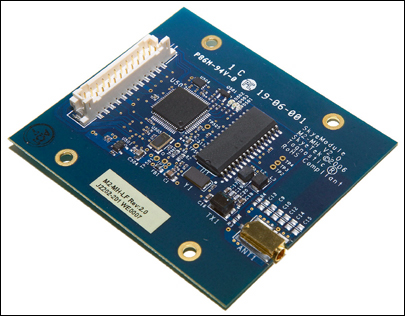 The iQ200 system draws a measured amount of Lamina into the main analysis machine through plastic tubing. A stock of Lamina bottles is held in a carriage next to the iQ200 machine. When all of the Lamina is drawn out of a bottle, a technician removes it and places the tube in a new bottle.

Iris is still developing the authentication system and has not yet tested it in a real-world setting. The M2 interrogator will read the data encoded to the inlay inside each bottle's label, checking for a digital signature encoded to the label when it was printed at the Iris manufacturing facility.

The reader can unlock this signature using a master key, with cryptography based on a keyed hash-message authentication code, or HMAC. If it doesn't see the digital signature, the interrogator will prohibit the system from drawing the reagent out of the bottle and send an alert to the machine's technician, raising the possibility that the reagent is counterfeit.

Iris and SkyeTek are partnering to write the software for the authentication system, which will run on SkyeTek's reader software. The system will also run the iQ200's reader and others used in the printer-encoders, since they must share a cryptographic key infrastructure.

Cardenas says the company will use HF tags for the application because it wants a short read range. Thus, it will be able to make sure only the tag on the bottle closest to the reader (the next bottle from which Lamina will be drawn) is read. Iris, she says, is working toward completing the system and running trials at medical centers by midyear.