At its gas plants and drilling rigs in Saudi Arabia, the company has deployed an Internet of Things solution from FogHorn that leverages computer vision and other sensor data to track onsite conditions.

Each of three applications leverages FogHorn's Lightning Edge AI platform, which uses computer vision and AI to manage, analyze and report on data, as well as alert authorized managers, according to Sastry Malladi, the company's CTO. The goal, he says, is to enhance worker safety, proactively detect equipment failures, and enable the automation of drilling equipment and processes. In the case of remote drilling, Aramco sought a solution that would automate rig inspection at on- or off-shore wells during drilling, in order to prevent blowout accidents. 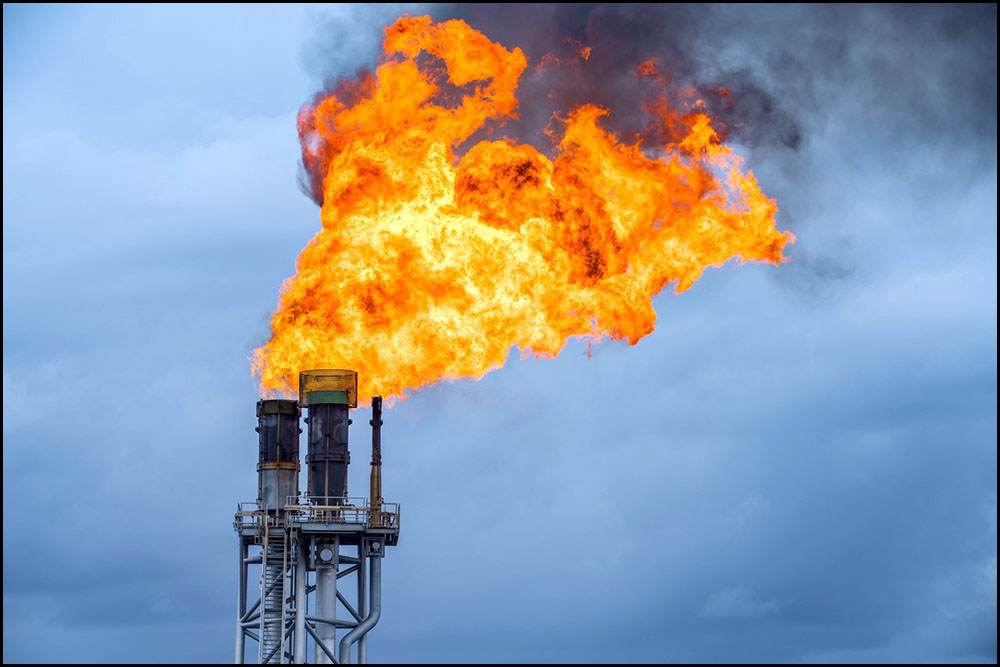 The system keeps workers safe from catastrophes at drilling sites.

A blowout is an uncontrolled and dangerous gusher of oil that spurts out of the ground at high pressure, sometimes resulting in injury, loss of life and loss of revenue. Blowout preventer (BOP) valves are typically installed at drill sites to help operators monitor conditions and cut the drill pipe at the right location if blowout conditions occur. However, Malladi says, the manual operation can be catastrophic if not carried out at the appropriate pipe location. "Well-control incidents are highly complex," he states. Typically, human inspectors must watch the drill equipment to detect any changes in movement that might indicate a problem.

To reduce labor and prevent errors, Aramco wanted an automated solution that could respond to potentially dangerous conditions immediately. To that end, it deployed cameras to capture video imagery of drill pipes as they drill into the well. The pipes' movements and positions are captured with the cameras, and the collected data is then forwarded to FogHorn's streaming video analytics software, hosted on an onsite gateway. The software can determine the location and safe operation of the drill throughout the process. It not only analyzes the data but displays results on a dashboard, enabling users to use the BOP valve to shut down operation before a well incident can occur.

FogHorn's software displays a green or red signal on a live dashboard to indicate if a problem is occurring, Malladi says, as well as whether or not it can safely deactivate the system since explosions can occur if a pipe is turned off at the wrong position. The system has been deployed at several sites throughout the past two years, both offshore and on land. Automating these activities significantly reduces operational, safety and environmental risks during drilling rig operations, he notes, adding, "It's been a very innovative solution," with industrial, ruggedized cameras mounted on the rig. The system has been tested with cabled cameras, as well as with wireless cameras that can capture video and transmit data via Wi-Fi or satellite connectivity. 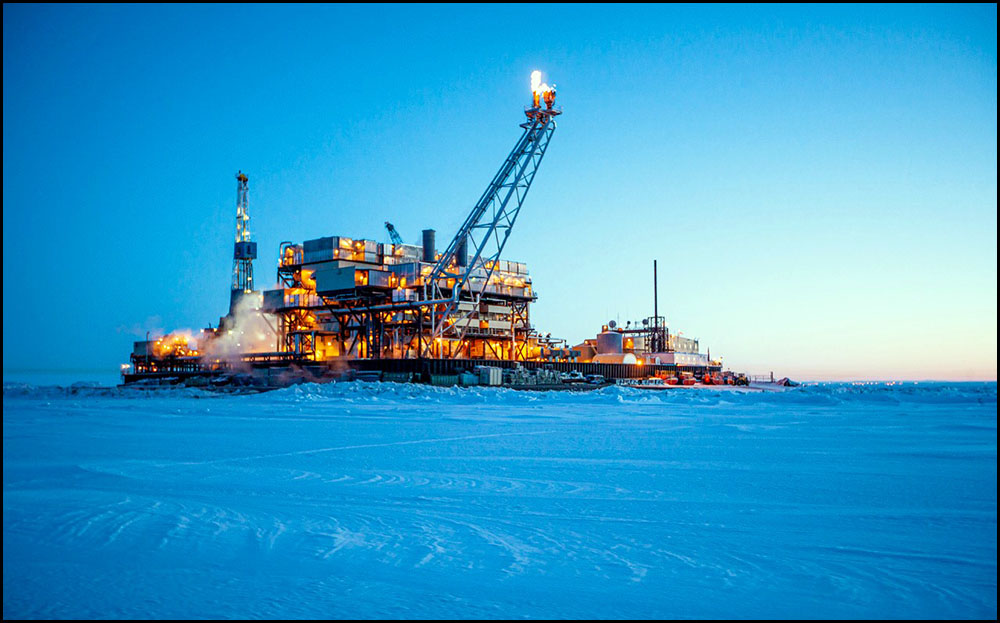 For worker site safety compliance, Aramco is using an automated surveillance system called the IR 4.0 Safety Eye, which employs digital image processing. The solution is powered by FogHorn's Lightning edge-analytics platform to provide real-time safety monitoring. With the system in place, computer vision data is streamed live from closed-circuit video surveillance cameras via AI software, which detects fixed and moving personnel and assets. The system analyzes the data and generates alerts via email or text message in the event that a hazard or non-compliance issue is detected.

Gas plants pose a variety of potential safety hazards, Malladi says. As workers go about their tasks, the system is designed to detect if an individual falls, if PPEs or other safety gear are not being used properly, and if an object has been placed in such a way that it might cause a hazard. If the technology determines, for instance, that an employee is not wearing head protection, or if a ladder is in a hazardous location, the system will issue an alert to the appropriate personnel. Those individuals can then resolve the problem by directing something to be moved, or by re-educating the workers in question. "It's not about policing," Malladi states. "It's about notifying individuals."

In addition, the solution can detect such scenarios as the use of scaffolding without a flag-man present to direct traffic, or if a person enters an unauthorized area or has fallen. The technology is based on a solution FogHorn developed to provide onsite COVID-era worker safety for health monitoring. To date, Aramco has deployed the system at two large, highly active facilities employing hundreds of workers. During the coming year, it expects to extend the technology's use to other Aramco sites across Saudi Arabia.

FogHorn provides the software and deploys the cameras, which are configured according to each site's specific needs. The company has installed six cameras at one location, for example, and dozens at others. "The basic minimum is to send a notification to a worker or supervisor," Malladi explains, if a safety hazard is detected. Potentially, the firm could integrate the system into its access-control technology to prevent gates from opening if personnel fail to meet safety criteria, such as wearing hardhats, though the technology is not yet being used for that purpose.

For the third application, Aramco has deployed IoT technology to monitor flare-stack emissions at plants where oil or gas processing is underway. In this case, the company's goals are to ensure environmental compliance is met, and to reduce waste. Flare stacks are the vertical pipes that carry unwanted gas, which is then burned off. Errors can lead to excess gas flow and increased flare size, and it could possibly result in environmental problems and cause the company to face fines.

FogHorn's edge-enabled video analytics, Malladi says, provides intelligent monitoring of flare stacks in real time, powered by AI and deep-learning techniques. During gas refinement, compressor issues can cause the release of gas, leading to a flaring of the stack. "We provide KPIs [key performance indicators] they care about," he states, "such as flare height, flare stacks, smokiness and gas composition." If a problem is detected, he adds, "We then notify the operator." What's more, the software predicts the cause and provides recommendations.

The video camera utilizes AI to detect the size of the flare and the amount of smoke, and it also captures flow-meter data regarding gas flow rates and pressure, facilitating model building and training. Once that process is completed, however, the flow meters are no longer necessary to detect problems. "Once we correlate that flow-meter data with time-stamped video data," Malladi says, "we build a physics-based equation."

The system can use the imagery to detect and measure the amount of flare underway, along with the potential excessive release of gas. That feature reduces the need for companies like Aramco to permanently install high-cost flow meters at every site. Additionally, Malladi says, flow meters only provide information approximately every 10 minutes, whereas the computer vision technology offers data immediately. "If gas is being released, they want to know in real time," he states. "With our solution, they could know within seconds."

Aramco first began testing the FogHorn IoT solutions in 2017, and the flare-detection system has been deployed at a single plant in Saudi Arabia. In the long term, the company intends to expand the technology's use to all of its refineries, worksites and well-drilling operations. The project has been moving slowly, Malladi reports, to ensure the system's safety and benefits prior to the full-scale rollouts now taking place. "In this industrial environment," he says, "they want to absolutely make sure it is working and scale it up."

According to Malladi, the primary benefit will be increased safety for workers and communities, as well safeguards for the environment. By preventing excess flaring, Aramco hopes to prevent product loss and avoid any penalties that might result due to environmental violations. The company says it has been able to prevent catastrophic failures stemming from BOP incidents. "With the technology onsite," he states, "they will expand to additional use cases that benefit their operations. There's no limit on our end. The sensors are there."