Smart meters and connected home energy devices are fun and flashy, but can they actually help homeowners save energy and money? One utility company says they do.

Oct 16, 2015In January 2015, a gas and electric company launched a pilot program in one Massachusetts city to leverage its newly installed residential smart meter infrastructure. Ratepayers were given the opportunity to install a smart home energy management system in order to monitor and control their energy usage as part of a demand-response program. As of August, those who opted to install the system have saved 20 percent more energy during peak demand than those who did not.

Starting in 2013, National Grid, an electricity and gas utility that serves communities in the northeastern United States, as well as in the United Kingdom, began installing smart meters, made by Itron, at the homes of its residential ratepayers in Worcester. CEIVA Energy, a company that sells ZigBee- and Wi-Fi-based hardware to help consumers interact with and control devices such as smart thermostats and remote-controlled electrical plugs inside their homes, was brought on to serve a number of functions. The firm provided customer outreach to educate consumers on the pilot, which is called Smart Energy Solutions, and to also provide its Entryway demand response management platform to Worcester ratepayers who opted to have it installed—at no charge, thanks to a grant from the Massachusetts Department of Public Utilities. 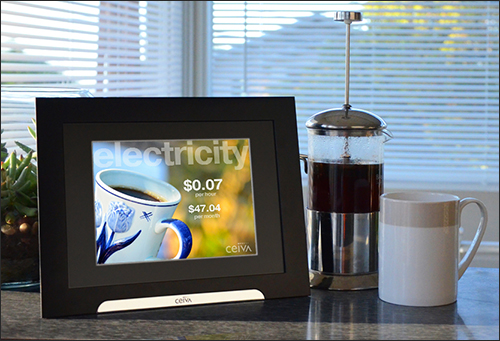 A monitor shows the real-time energy consumption of a Fench press.

The two-year pilot is designed to entice ratepayers to reduce their energy use through special pricing plans and a demand-response program. Rates increase slightly during the evening hours when day-to-day usage is highest. Then, during periods of peak demand, which generally occur during heat waves, the rates increase significantly (around five-fold) for a few hours. The utility also launched a system that alerts ratepayers the day before these peak demands are expected to occur. Customers are encouraged to reduce the demand on the grid during these peak-energy events, by raising the thermostat settings for their air conditioners and avoiding the use of any appliances that consume significant amounts of electricity. (Even if they're not interested in saving energy during these periods, ratepayers might be motivated to dial down their consumption to lessen the spike in their energy bills during peak-demand events.)

Residents have four options for participating in the demand-response program. Option one is to simply create an online profile with National Grid and then opt in to receive e-mails, text messages or phone calls regarding upcoming peak-demand events. It is up to these ratepayers to manually change their thermostats or take other actions to reduce energy consumption during such events, which generally last for a few hours in the middle of hot summer days.

Option two entitles a ratepayer to the CEIVA Energy Homeview device, which is the foundation of the CEIVA Energy Entryway demand response management system. This device contains both a Wi-Fi radio (to connect to a home's Wi-Fi network) and a ZigBee radio (to connect to the home's smart meter). It features a digital display that can be configured so the homeowner can see both the amount of energy being consumed and the rate, in cents per kilowatt-hour, being charged (when not viewing that data, the homeowner can use the screen to display personal digital photos). By situating the Homeview device in a prominent place within the home, such as on a kitchen counter, the homeowner can quickly and easily view the household energy consumption by hour, by day or by current cost per kilowatt-hour. This encourages residents to be mindful of their energy usage and to take actions, such as turning off lights or appliances that are not needed at any given time.

Under option three, the ratepayer receives the CEIVA Energy Homeview device as well as a ZigBee-enabled thermostat made by Carrier. When paired with CEIVA Energy's mobile app, this setup allows a ratepayer to respond to a peak-energy event even if he or she is not home, by changing the thermostat's set temperature via the app. But beyond that, this also enables National Grid to adjust the home's thermostat directly during peak-demand events. The homeowner is alerted to this and is able to override it.

Option four includes all of the aforementioned hardware and services, along with one ZigBee-enabled 110-volt wall outlet two-plug adapter, known as a SafePlug. Using the CEIVA app, ratepayers can remotely view the energy consumption of the devices or appliances plugged into the SafePlug, and turn them off in order to reduce energy consumption during periods of high rates. Lastly, this option allows the homeowner to have SafePlug load-control devices wired into appliances, such as an electric water heater or pool pumps, so that he or she can control those appliances remotely as well. 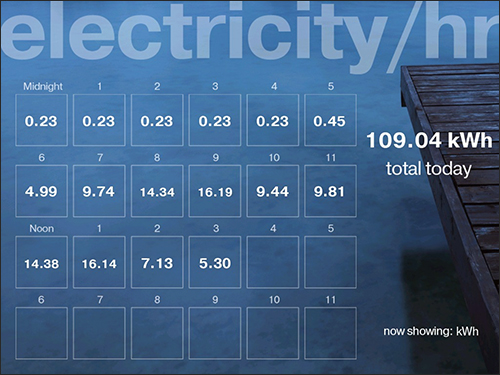 National Grid used a third party to install and configure any of these devices, including the CEIVA products, in ratepayers' homes.

Of the 11,000 Worcester ratepayers who are part of the demand-response pilot, only around 1,000 opted to have the CEIVA Energy Entryway system installed in their homes, says Wannie Park, CEIVA Energy's VP of strategic partnerships. Those who installed the system by selecting option two, three or four saved 20 percent more energy during peak energy demand periods, from the program's January launch until mid-August, than those who selected option one. National Grid has not released specifics regarding how much energy ratepayers saved per option.

"This is a really well-designed program," Park says, "and the fact that numbers are coming out well is important" to the growth of the smart-home industry.

Editor's Note: An earlier version of this story said that ratepayers who used the Entryway demand response management hardware saved 20 percent more energy that those who did not. In fact, they saved 20 percent more energy than other ratepayers only during periods of peak energy demand. Also, the Entryway was earlier referred to as a home energy management system, but it is more accurately called a demand response management system in this edited version of the article. My apologies for the errors. -- Mary Catherine O'Connor