The system, from Zebra Technologies, used RFID tags on uniforms and in balls to capture data about the performance of each player, enabling fans and coaches to better understand what is happening on the field.

Feb 16, 2018The post-season college football Senior Bowl is using radio frequency identification technology during practices, in order to understand player participation, exertion and movement as well as how practices and team strategies might be improved. The solution, provided this season by Zebra Technologies, includes active ultra-wideband (UWB) tags and readers, managed by Zebra software, to approximate the location, speed and direction of each player and the ball during both the game and practices. The collected data is then provided to fans via social media, and can also be accessed by the coaching staff and players.

The Senior Bowl, an annual all-star football game for graduating college athletes, is played at Ladd-Peebles Stadium, in Mobile, Ala. It includes about 100 players, whom the National Football League (NFL) invites as the best draft prospects of the year. The players are divided into two teams—north and south—and are coached by the coaching staffs of two NFL teams. 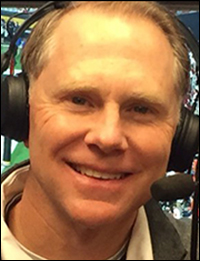 The organization is proactive when it comes to technology that could enhance the experience for coaches, players or fans, says Phil Savage, the Senior Bowl's executive director. "We feel technology is the wave of the future," he states, "so we consider ourselves an experimental testing ground."

Several NFL and college teams are already using Zebra's RFID technology to track players' performance (see The NFL RFID-Tags Its Footballs, The NFL's Next-Generation Statistics and What You Can Learn From the NFL). All NFL teams receive and have access to their own game-day tracking data via Zebra's relationship with the league as the Official Player Tracking Technology of the NFL. About one third of the league's teams use Zebra's Practice Solution at their local practice facilities. The Zebra Practice System is similar in design to the system deployed at all NFL stadiums. The Senior Bowl practices were held at Ladd-Peebles Stadium, the same place where the game later took place (on Jan. 27), and the RFID infrastructure to capture tag reads was thus able to collect data regarding both the practices and the game.

Players wore Zebra's UWB RFID tags—embedded between layers of plastic in their shoulder pads—each time they practiced together, explains John Pollard, the VP of business development at the company's Zebra Sports division. With tags built into footballs, the system can track such information as the rotation rate, height and velocity of the ball as it is kicked or thrown. That data was then paired with a particular kicker or quarterback.

To capture all the data, 22 Zebra UWB receivers were installed throughout the stadium. During practices and the game itself, the UWB tag of each player or football transmitted a signal multiple times per second in the 6.35 GHz and 6.75 GHz frequency bands. Zebra receivers read those signals from a distance of up to 325 feet.

The software captured the data and calculated details such as how fast each player was running, how close other players were to that individual, and the velocity and rotation of a thrown ball, as well as how high, fast and far it traveled. The data is captured within seconds, Pollard says, and is ready for evaluation and distribution. The data was then forwarded to the Senior Bowl's management software, to be displayed or posted via social media for fans and the press. The collected information can be used not only to identify players' strengths and weakness, he adds, but also to determine when they may be showing fatigue, or to pair their game performance results based on the amount of time they spent practicing.

For example, during the game, the Senior Bowl was able to tweet such moments as a 75-yard touchdown achieved by Louisiana State University's D.J. Chark, during which he reached a speed of 20.3 miles per hour. Kyle Lauletta, from the University of Richmond, threw the ball a distance of 43.67 yards, with a peak height of 27.8 feet and traveling initially at 51.48 miles per hour. During practices, the organization could tweet the percentage of throws greater than 50 miles per hour by multiple quarterbacks as they geared up for the game. 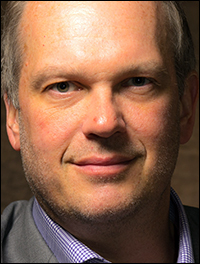 "We couldn't be more thrilled with the performance of the system and the data that was captured" at the first Senior Bowl event, Pollard states. "The technology allows us to distribute more information to fans and teams alike."

The data compiled not only entertains those in the audience, Savage notes, but can be helpful for actual recruitment decisions as well. When identifying the quality of player performance, he says, "A lot of scouts rely on the naked eye, as they should, but that information can be backed up by the technology." Players can also benefit from viewing data regarding their performance after a given play, though Savage says they aren't necessarily watching those figures closely. "A lot of kids coming from the bigger school were already used to it," he states.

In the future. Savage says, he envisions RFID tags being attached to pylons, goal lines and first-down chain markers. "We're absolutely wide open for this kind of stuff," he adds. Pollard predicts that the technology may enable data from the software to be displayed on score boards during the 2019 game, and to be made available to fans as part of the game broadcast. The system could also recirculate highlights from practice prior to or during the game.

"The only challenge we have, at this point," Pollard says, "is that it's easy to get excited about the potential of using more of this information across a wide spectrum, so prioritization will be key." Dissemination of data to teams and the media has yet to be determined.