By installing Sonrai Systems' UHF RFID system on its new single-stream recycling carts, as well as on its trucks, the county can now measure the growth of recycling.

Aug 24, 2011As Charleston County, S.C., shifted its recycling program from a dual- to single-stream system (with all recyclables being deposited into a single large container, rather than separated into two smaller ones), the county employed a radio frequency identification system to measure that shift's success in increasing recycling participation. RFID is also enabling the county to target those homes not participating in the program, by providing them with educational materials.

Beginning in January of this year, passive ultrahigh-frequency (UHF) RFID readers were mounted on every refuse-collection truck, and an RFID tag was placed on each new single-stream recycling cart. The tags are read as the carts are emptied into the county's trucks, enabling the county to gather data regarding the number of residents complying with the recycling program, and indicating which households are not doing so. 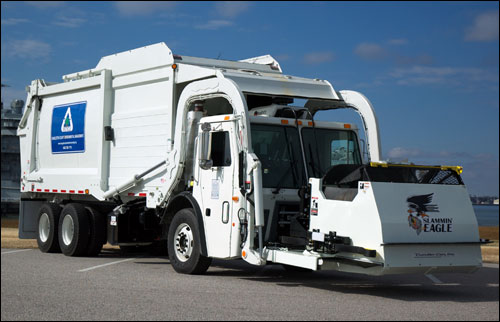 RFID readers were mounted on every refuse-collection truck.

In addition, the system will allow Charleston County to track its trucks' activities in near-real time. This information will enable managers to determine when problem (such as a delayed truck) arise, and to then respond accordingly, says Don Ross, Charleston County's project manager and a solid-waste consultant specializing in collection and transfer operations at Kessler Consulting, Inc.

Waste-management programs, counties and municipalities benefit from a reduction in waste disposal, as well as an increase in recycling. For example, says Tony Romano, the VP of business development at RFID technology provider Sonrai Systems, the disposal of waste costs an agency between $20 and $200 per ton, while recycling costs nothing—or could potentially even bring in revenue.

How to encourage residents to recycle can be a daunting task, however, since it's difficult to track who is or is not recycling, and thus who needs to be targeted to receive education explaining the benefits of recycling, and how to do so. Although waste-management companies or agencies can weigh the amount of waste or recycling that they pick up, they can not know from how many households the material came, or from which homes. Therefore, the recycling system—including the scheduling of trucks and the mailing of informational fliers—is based on assumptions made regarding who is or is not putting out materials for recycling.


In early 2011, Kessler Consulting set up a pilot program using a solution provided by Sonrai Systems, allowing Charleston County to employ RFID technology for greater visibility of its disposal pick-up operations. The county identified five neighborhoods of differing demographics, with a total of approximately 5,000 homes, then provided each household with a wheeled recycling cart with a Gen 2 UHF RFID tag from Intermec embedded in its handle.

Each tag stores a unique ID number that is then linked to the cart's serial (bar-code) number in software provided by Sonrai, and also stored on that company's database, to be accessed by such authorized parties as the county's management team. When a cart is assigned to a particular household, that customer's address is input into the system, to be linked to the cart's ID and serial numbers. 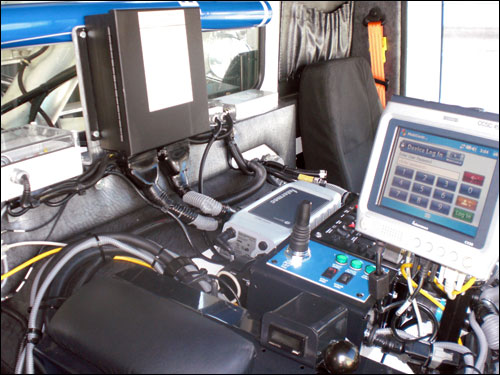 Three trucks were equipped with Intermec CV30 onboard computers, wired to an Intermec IV7 reader.

Three trucks were equipped with Intermec CV30 onboard computers, wired to an Intermec IV7 reader, says Mike Nichols, Intermec's RFID director. The interrogator has two antennas—one mounted on the lifting arm, and another on the hopper into which the carts are emptied.

Each time that a truck picks up a cart, the reader captures the unique ID number of that cart's tag, then forwards that information via a GPRS cellular connection to the hosted, Web-based server, where the Sonrai software links the ID with the container's address and stores data indicating that the container has been picked up. When the cart is then lifted above the hopper and emptied, the second antenna enables a subsequent reading, thereby confirming that the cart was, in fact, emptied—as opposed to being, for instance, passed by a recycling truck but not actually emptied.

What's more, the drivers can use the CV30 computer as a method for reporting problems during the route. For example, Romano says, he or she can select a specific prompt to indicate if a particular cart is showing signs of damage, or if there is cardboard piled by that cart, requiring the staff to exit the truck and manually place the material within the vehicle.


The six-month pilot, which launched in January, has provided some valuable information, Ross says. Even without the RFID system, Charleston County knows that the tonnage pounds of recycling have increased over the past six months, by approximately 117 percent. RFID also enables the county to determine that participation has risen from 35 percent of households, up to 70 percent—and it also knows which homes have not participated.

According to Ross, the county can now target those homes or neighborhoods with educational materials, and it can use the data for other purposes as well, such as determining when a driver will require help on his or her route before it becomes a concern. Typically, Romano says, those in waste-management dispatch do not learn about a problem on a route until mid-afternoon, at which time it may be too late to address the issue.

For example, if a truck falls behind on its schedule, it may be too late at, say, 3:00 p.m. to call in another vehicle to assist. However, with the RFID system, the county's management team can view on the server when a truck is falling behind, based on the number of carts that have been emptied (contrasted with the number of carts on that vehicle's route), or based on the address at which the cart is expected to be, thereby indicating the truck's current location.

Charleston County is now installing the solution throughout its entire operation, with a second group of 5,000 homes to be added by Oct. 1, 2011, and another 30,000 in the first quarter of 2012. Altogether, the county has 140,000 customers, all of whom will eventually use the new single-stream, RFID-enabled system. The county is adopting the solution in stages, however, in order to allow its recycling-center infrastructure to be retrofitted to accommodate the additional materials. Eventually, Ross says, all 12 to 15 trucks that the county will operate—the number of vehicles may increase to accommodate the higher recycling volumes—will also be equipped with RFID readers.