Jul 04, 2022Kazakhstan's state-owned oil and gas company, KazMunayGas (KMG), has improved the efficiency of the management and maintenance of its equipment, furniture, appliances and other assets, using a radio frequency identification solution provided by technology company Advanced Business Technologies (ABiTech). The deployment was a finalist in the 2022 RFID Journal Awards for the Best RFID/IoT Implementation (Other Industry) category.

Founded in 2002, KMG provides exploration, production, refining and transportation of hydrocarbons throughout Kazakhstan. The company operates four refineries in that nation, as well as two in Romania, and it represents 82 percent of the country's refining market. In recent years, KMG has been seeking a way to gain faster and accurate inventory counts of its fixed assets, along with the automatic capture of data related to maintenance and repair, according to Ravshan Rakhmatullayev, ABiTech's CEO. 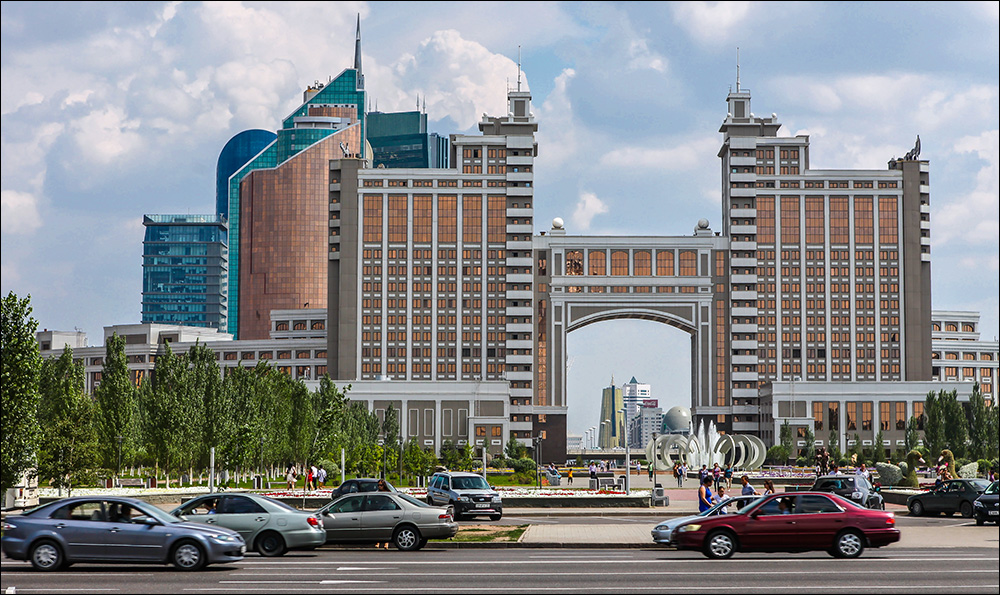 Traditionally, asset inventory counts were accomplished via barcode scanners and paper and pen, a manual process that was time-consuming and error-prone, which demanded the attention of a large number of employees. "Workers carried a printed spreadsheet of assets and their serial numbers from the company's SAP ERP software and compared the scanned data against the serial number," Rakhmatullayev says. "Because the work was time-consuming, inventory counts took place only once a year."

To address this problem, KMG began working with ABiTech, which proposed to use UHF RFID technology for inventory tracking based on its own ASKOU inventory software, along with various types of UHF RFID tags and mobile UHF RFID readers. RFID technology has now been deployed at three large locations in Nur-Sultan and Almaty, and the system is tracking 27,000 assets.

To test whether RFID technology could provide the functionality it required, KMG launched a pilot. It selected a single floor within the company's office, where personnel affixed various passive UHF RFID tags to all assets, then used handled readers to check their readability. As the operators walked around the floor carrying readers, they were able to capture the unique ID number of each tag attached to an asset, as well as forward that data to the software via the office's Wi-Fi network. 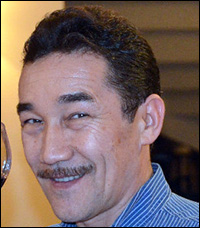 In part, the pilot was intended to test whether tags would remain in place given the assets' form factors and the materials of which they were composed. "After a few weeks," Rakhmatullayev says, "we checked to see if all the tags were holding well enough." The technology initially posed several challenges, he recalls, including problems with attaching tags to the polypropylene furniture and office chairs. The firm selected the best tags for approximately ten different form factors.

ABiTech has its own consultants, programmers and managers, Rakhmatullayev says, who consulted with KMG. "The company has been working with RFID for a long time and has vast practical experience," he states. "Therefore, we ourselves carried out all the preparatory work, including demonstration of capabilities, cost estimation, equipment selection [and] expected benefits." The company leveraged the pilot to conduct inventory counts, while also searching for specific assets with the reader in Geiger counter mode.

"It became obvious that the time for conducting an inventory was reduced by orders of magnitude," Rakhmatullayev says, adding that the number of employees involved was greatly decreased as well. Early problems connecting to software were mainly due to the insufficient stability of the Wi-Fi operation, he reports, though the company was able to resolve the Wi-Fi network availability issue.

KazMunayGas deployed the technology throughout the entire facilities at the three sites over the course of six months. Employees are now equipped with Zebra Technologies RFD8500 sled readers linked to Samsung J7 smartphones via a Bluetooth connection. The tags are printed onsite using a POSTEK G2000e RFID printer, and the unique ID encoded on each tag is then stored in KMG's software, along with data about the piece of equipment to which it is attached.

Maintenance personnel use the technology every time they conduct service or inspection to a piece of tagged equipment. The goal, the company notes, is not simply to know where assets are, but also their status related to maintenance and inspection. At the beginning of each day, service personnel typically receive tasks—and the sequence in which those tasks should be carried out—on their mobile device.

As workers approach the equipment to be serviced, the sled reader, linked to their Android-based smartphone, captures the unique IDs of tags within its vicinity. The system then displays all necessary information on the Android device regarding that piece of equipment and the maintenance required. Workers can follow the instructions, input comments, take photos and indicate when they have completed their work, while managers can monitor the data to ensure that equipment is being appropriately serviced, and when.

The software runs on desktop computers using the Microsoft Windows 10 operating system. By accessing data in the software, managers can view inspection and maintenance information in real time, as well as process results and receive alerts or reports related to assets' conditions and status. The software enables the company to encode and print its own UHF tags for new assets, while integrating all information with its own management software. Those using the system can manually reassign labels, associate users with the software and sled devices, and make firmware changes.

By monitoring the regularity and quality of equipment maintenance, the company reports that it has increased equipment reliability, "which is especially important and critical if the equipment is to provide safety," Rakhmatullayev says. The solution has improved the accuracy and frequency of inventory counts, he reports. By detecting the locations of all goods via handheld readers, he adds, the technology has reduced the rate of assets being lost due to misplacement or theft.

The resultant boost in visibility and accountability has been immeasurable, Rakhmatullayev says, as it was impossible to calculate the cost of losses before the company implemented RFID. Reading tags for inventory counts can now be accomplished within a fraction of the time required for manual counts, he says, adding, "We expect that the transition to an automated inventory system will speed up the process by five times."

Since the system was taken live, Rakhmatullayev says, the company has seen workers being more efficient with their time, whether counting inventory or conducting maintenance and inspections. As a result, he reports, "Staff productivity is skyrocketing and reliability is increasing." Now that the technology is in place, KMG could expand how it uses the solution to further improve efficiency and transparency. "It provides new opportunities."