MASS Group is offering an Alien Technology multiplexor with its Traceability Made Easy platform that provides zonal data about the locations of goods and assets.

Aug 04, 2022Companies as diverse as correctional facilities, schools and an entertainment firm are all employing a solution that provides real-time updates regarding assets, inventory or individuals via passive UHF RFID tags. MASS Group has offered its commercial, off-the-shelf software known as Traceability Made Easy (TME) for years, and the company recently expanded that platform to include Alien Technology's Nexus Multiplexor, so that as many as 16 antennas can capture RFID data with a single reader. This, according to Gamal Balady, MASS Group's president, enables read data across zones without the high infrastructure cost of active RFID or numerous readers.

MASS Group is an acronym for Manufacturing Automation & Software Systems. The privately owned company, located in Las Vegas, Nev., serves customers in aerospace, defense, automotive, electronics, semiconductors, pharmaceuticals, biotechnology, entertainment, metal fabrication and the public sector, as well as food and beverage and supply chain management. One challenge that businesses in all these sectors face is the need for real-time data across wide areas at a relatively low cost. Thus, MASS Group integrated the Nexus Multiplexor with its solution, along with Alien F800 readers, as part of its advancements in RFID solutions for supply chain traceability, inventory and warehouse management, asset management and work-in-process monitoring. 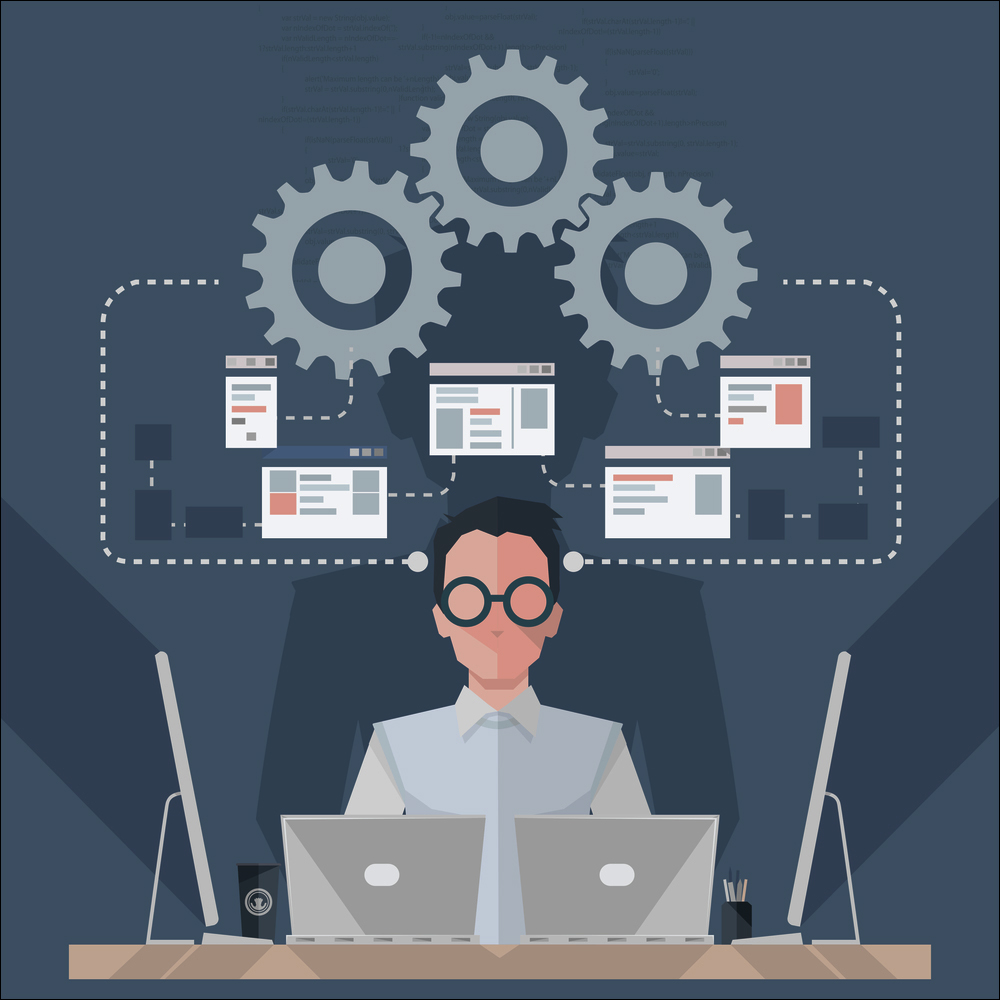 MASS Group is offering an Alien Technology multiplexor with its Traceability Made Easy platform.

Alien produces RFID chips, labels, readers and antennas, and it was among the earliest companies to provide UHF RFID hardware. By offering a multiplexor with its portfolio of reading products, says Terrel Pruett, Alien's global VP of sales and marketing, the company is taking what he calls a necessary step toward ubiquitous RFID. "The IoT [Internet of Things] relies on an uninterrupted flow of data," he points out.

The mechanics of delivering data to an IoT system can be costly when battery-powered sensors are used in active RFID systems, while passive RFID captures data only in places where an RFID reader is installed. In the latter scenario, real-time location capture can only be accomplished in a passive system with a large deployment of RFID readers, which comes at a high price as well. "The cost per read point makes an initial installation large enough to make a difference prohibitive," Balady explains, "and that has been a barrier to adoption."

Multiplexors offer an alternative, however. With the Nexus multiplexor, a single RFID reader can be connected to up to 16 separate antennas, which can broaden the read range accordingly. Whereas a single reader with several antennas around a dock door can accomplish data capture as goods enter or leave through an egress, the use of a multiplexor enables many dock doors to be RFID-enabled with a single reader. In another option, a multiplexor allows users to create numerous, relatively small zones in a space such as a warehouse or manufacturing facility, so that a passive UHF RFID-tagged item could be located within a particular zone.

MASS Group has been providing its customers and solution provider partners with its traceability software platform for approximately 20 years. "Our delivery point is less expensive than other software," Balady says, "because it's already tightly integrated with Alien's developer technology." Some customers already employ multiplexor technology to expand their coverage area, though in some cases, this required integration and additional configuration on the part of the solution providers or end users.

According to Balady, the demand for such wide read-range solutions has been growing. There are several trends underway that have been accelerating demand for what the company calls real-time inventory capture or real-time asset management. With regard to logistics and manufacturing, understanding where things are located, and thus the status of tools or goods, is becoming more important, yet it's difficult to capture. A shortage of manual labor means there are fewer workers available to physically check what is available at a specific site, such as goods flowing through a warehouse.

In manufacturing or healthcare environments, the availability of tools is harder to track with a limited workforce. "In the past, a company could have hired a few more people" to count inventory or manage assets, Balady says, "but that's often not an option anymore." The COVID-19 pandemic and the onshoring of factories in the United States has served to further exacerbate the situation by putting more demand on the limited workforce available for hire. With the integrated solution, he says, users can typically select and deploy a solution using multiplexors, within about 30 days. 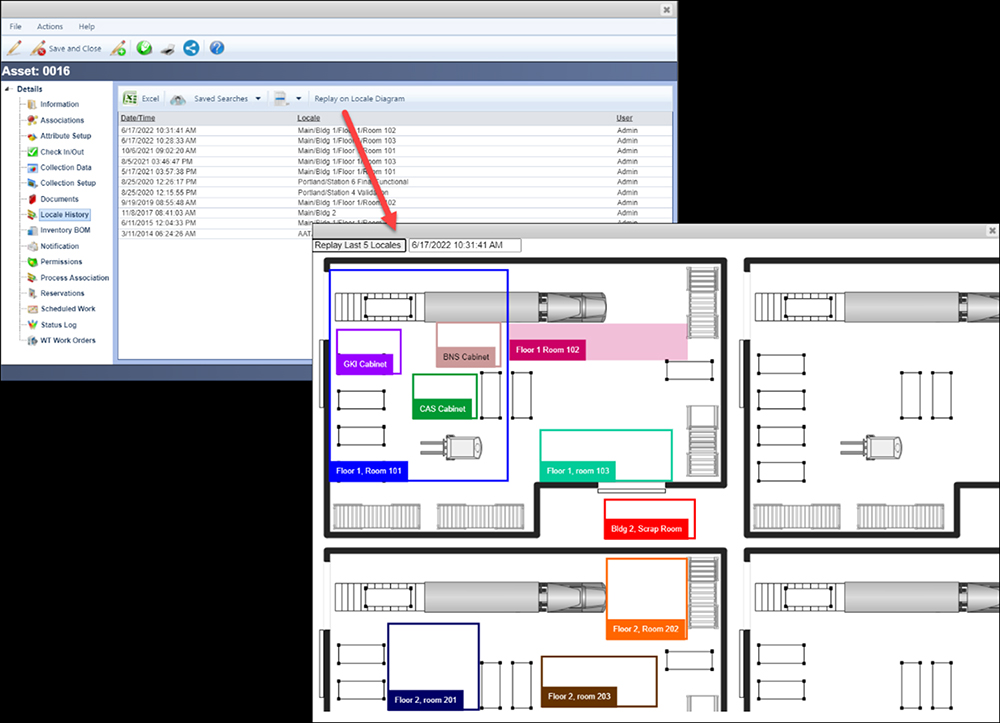 The TME platform can be integrated with a company's existing enterprise asset-management system.

One business using the MASS Group technology with multiplexors is among the world's largest multi-media entertainment companies, located in Burbank, Calif. That company, Balady notes—as well as others described in this story—has asked to remain unnamed. The business needed an automated, hands-free solution to track and maintain its assets. The goal was to accurately capture asset location and movement with comprehensive real-time location alerts and notifications. The company also wanted the ability to track its assets by serial number, date, owner and other attributes.

MASS Group deployed RFID readers across multiple facilities, and the entertainment company can now conduct daily audits of its high-value assets, with the ability to create and generate customized reports. The TME platform can be integrated with the company's existing enterprise asset-management system. As a result of implementing TME RFID tracking, Balady says, the company has reduced the number of lost assets, while decreasing the amount of time employees spend trying to locate assets that have been misplaced or returned to the wrong location, or which are unaccounted for.

RFID Use at Corrections Facilities

A correctional facility turned to RFID technology to address what were costly incidents related to lost facility keys. Before the RFID system was deployed, the organization used pen and paper to manually assign facility keys and radios to guards, contractors and employees. This process was labor-intensive and error-prone, however, and replacement keys could cost millions of dollars since each lost key required a complete re-keying of the entire complex within a 24-hour period. Therefore, the facility chose to adopt the TME solution to track critical keys and radio assets.

TME provides the facility with check-in/-out features for inventory reconciliation. MASS Group installed Alien Technology readers and antennas throughout the facility, and the software now prompts alarms and notifications to designated personnel in the event that an item crosses a prohibited exit point. The corrections facility achieves constant visibility and transparency to track and manage its critical keys and radio assets, Balady reports, and it can generate reports for compliance requirements.

A charter school is using the same platform for tracking and maintaining the visibility of its furniture, cameras, laptops and books. Each year, the school district was making purchases for a significant number of unaccounted assets that were either lost or misplaced. Administrators sought a system that would improve the visibility of its most valued assets used by the district across multiple schools, locations and departments.

The TME implementation enabled the district to capture location data and gain information regarding the traceability of every asset. The district used TME's data-warehousing capabilities to maintain a date- and time-stamped audit log of each transaction, taken against each asset as well, to set up alerts for asset warranty expirations, replacements and upgrades.

Finally, an automotive manufacturer is employing the technology to achieve traceability of each vehicle component, and to gain full visibility into the location of every vehicle frame and its associated history. The TME solution enables automated processes, Balady reports, and provides the visibility necessary to improve inventory turns and meet customer lead times.

Going forward, Balady says, the company is seeing growth most significantly in municipal and other public sector organizations for use in public safety, corrections, public works, and other city or municipal operations. "I think we're going to see a huge growth boom in municipalities," he states, adding that municipalities are using existing funding to improve their equipment management.