Michigan's Crystal Mountain will open its winter season with an RFID system from Axess that enables skiers to buy passes in advance, print and retrieve those passes at kiosks, and then walk through lift gates without touching anything or stopping to present credentials.

Oct 13, 2020Crystal Mountain, located in northeast Michigan, will launch its ski season this winter with RFID technology that automates ticket access and the use of lifts with the goal of reducing social contacts during the COVID-19 pandemic. The solution is designed to be handsfree, the resort explains, and is intended to reduce queues and improve efficiency for skiers accessing the slopes.

The RFID ticketing system includes passive 13.56 MHz HF RFID-enabled lift tickets, as well as readers and antennas built into lift gates to validate passes as skiers approach the lifts. The resort expects the technology to provide a greater sense of comfort during the pandemic by reducing the number of touch points at gates and ticket purchasing booths, as well as the need for visitors to queue and crowd. Ultimately, the solution is expected to increase sales by making lift and slope access faster without the need for keypads or gates, and by eliminating the need for skiers to interact with employees at gates or while purchasing tickets. 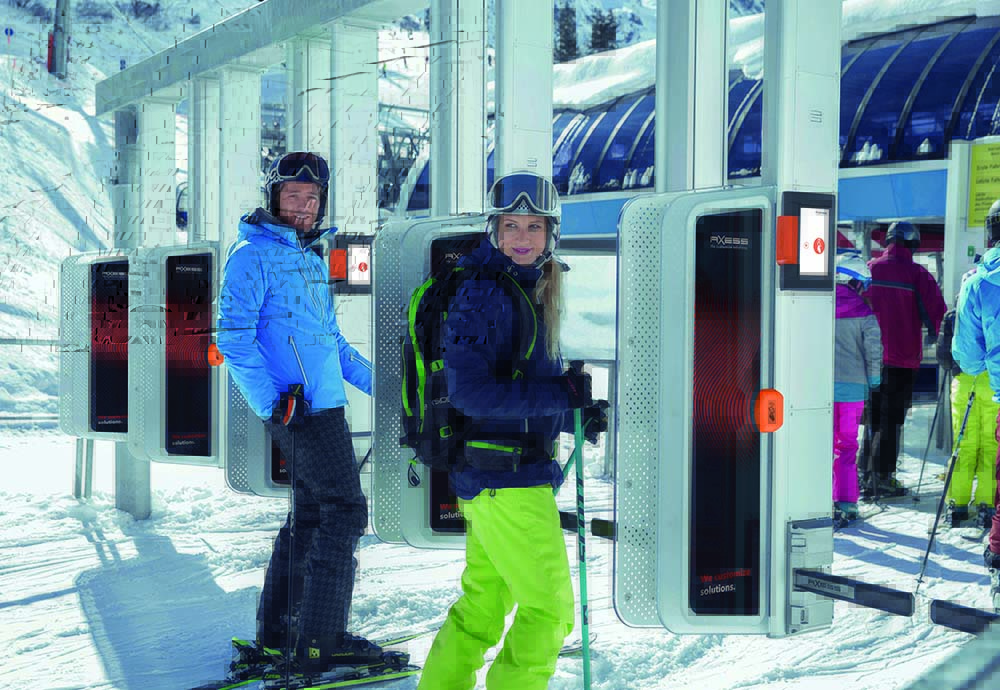 There are three lower lifts, each with four RFID reading gates; other lifts are accessible higher on the slopes via the lower chair.

Traditionally, Crystal Mountain's workers scanned barcodes and visually inspected tickets in order to screen skiers as they enter the lifts, according to BZ Zimmerman, the resort's application engineer. However, she says, manual systems such as this can cause queues as skiers wait to enter. Similarly, in the past, queues could form at the ticketing booth where skiers purchase their day or season passes. That means more waiting, as well as the potential for individuals to come within close proximity of each other.

Social distancing is not the only incentive to automating the system, Zimmerman notes. Manual paper-based lift ticket use can lead to errors being made at the gate. Employees might not properly inspect a pass, or else a barcode could be difficult to scan. The solution to this problem, Zimmerman says, is an RFID system provided by Axess, a Salzburg-based ticketing and access-management systems company. The system consists of a passive HF 13.56 MHz RFID tag built into each lift pass, along with readers at ticketing booths and lift gates. Axess manufactures the tickets, printers and readers.

Guests will first purchase a ticket or season pass, either online before arriving or using a smartphone. "We will offer flexible, variable pricing options throughout the year," Zimmerman states. After completing their purchase, they are provided with a barcode for use in accessing their ticket. The skiers will then proceed to one of five kiosks at the resort, known as Axess Pickup Boxes, with their barcoded receipt either on their phone or tablet, or printed on a piece of paper.

Once the barcode is scanned, the kiosk links it with details related to the type of pass purchased, then prints the ticket. The RFID tag built into the pass has a unique ID number encoded on it that is linked to the ticket's details in the resort's Siriusware software. Visitors can slip the ticket into a pocket or wear it with a clip or lanyard. To access the slopes, there are three lower lifts, each with four RFID reading gates; other lifts are accessible higher on the slopes via the lower chair.

Altogether, 12 gates are deployed that consist of AX500 Smart Gate NG Flap HF RFID readers with an antenna on each side of the gate, according to Claudia Kopetzky, Axess's chief marketing officer. The read range is about 16 inches, and the device adapts automatically to temperature drops or humidity. Once the antenna reads the ticket ID, data is captured and interpreted by the Siriusware software, which verifies the ticket and triggers the barrier flaps to open. This process is contactless, as users do not need to touch the barrier. After an individual has walked through the gate, Kopetzky says, a built-in motion sensor detects that action. It then closes once the person has entered. Throughout this process, she notes, users can keep the pass in a pocket or under a jacket.

With the technology in place, Zimmerman says, skiers can visit the slopes without the usual touchpoints, such as cashiers, windows and cash transactions. "We expect guests to feel much safer visiting our resort during the COVID-19 pandemic," she states, "since it will eliminate many of the traditional touch points." In the long term, the resort predicts that RFID will provide benefits after the pandemic has passed, by reducing the need for queuing. "We expect to increase ticket sales with the data obtained," she says, by being able to provide more efficiency for skiers and, therefore, more time on the slopes, with less time waiting. 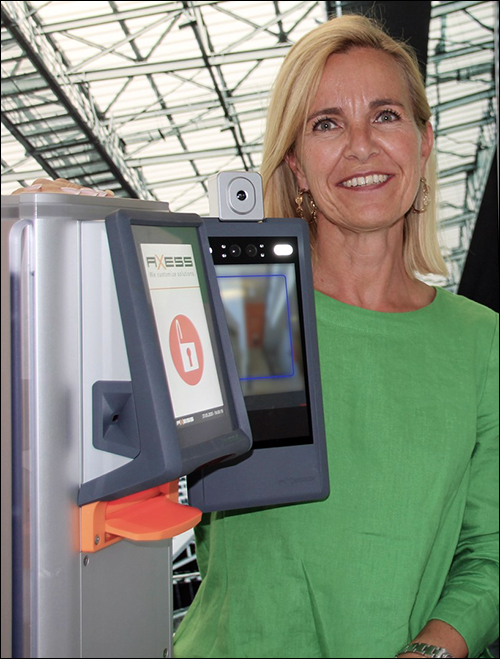 Additionally, the technology provides the opportunity for resort management to respond to bottlenecks or queues in real time, by viewing the rate at which tickets are being read at chair lifts, and then responding with solutions such as opening gates or redirecting traffic. "We can look at data quickly to know what resources we need to deploy to various chairlifts," Zimmerman says.

With online and mobile purchasing, multiple ticket options—such as premier passes, midweek passes, and Sunday or season passes, for adults, students or children—are enabled so that skiers have greater flexibility in their pass choices with variable pricing options. Because fewer skiers will be purchasing tickets directly at the entrance, Zimmerman says, "Skiers should see a definite decrease in time spent purchasing lift tickets. Not only can you do the purchasing from home and on your mobile device, but the pickup of the ticket should only be moments."

Axess sells ski lift pass systems around the world, Kopetzky reports, with 24,000 points of control deployed and 12,000 points of sale. Most recently, Axess released its Temperature & Mask Control module, which detects if a skier's temperature is high, as well as whether his or her mask is being worn properly. The system includes a thermal sensor and a camera, along with software that determines whether the mask is protecting the mouth and nose.