McAfee demonstrates that an RFID chip embedded in an Intel tablet can be used to restrict access to data or computer networks based on the device's location.

Dec 01, 2012At RFID Journal LIVE! 2012, held last April, Shahrokh Shahidzadeh announced that Intel, working with Impinj, had developed a standardized platform for linking an embedded RFID chip to an Intel microprocessor in any electronic device. One of the applications Shahidzadeh discussed was location-based, or premise-aware, security. The chip is designed with memory that creates what Intel calls "processor-secured storage." Data, such as passwords and security keys, can be stored in this secure vault and activated when needed with an RFID reader, based on predetermined rules. A tablet's camera, for instance, might be deactivated in a research-and-development lab.

McAfee, an Intel company that provides consumer and enterprise digital security solutions, worked with Shahidzadeh to create a live demonstration of location-based security at its Focus12 Security Conference, in Las Vegas, in October. Sumant Vashisth, McAfee's director of engineering who is in charge of the company's ePolicy Orchestrator (ePO), a scalable security platform that allows firms to centrally manage all their McAfee enterprise security applications, worked on the proof-of-concept application. It showed how a doctor visiting one hospital could automatically access medical records for patients admitted to that facility. When visiting a different hospital, the doctor could access records for patients at that facility, but not those at the other hospital. 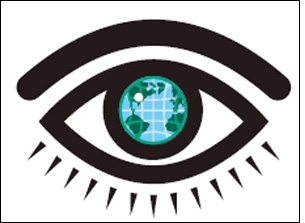 "This is still a new concept, and we are still thinking through how we might apply it," Vashisth says. "But we leveraged the RFID transponder and integrated it with a McAfee agent that talks with ePO. We set up a couple of RFID readers to get location using the RFID transponder, and we got the security policy using ePO. It worked beautifully."

Vashisth says the proof of concept received more positive feedback than he expected. "We already had a followup meeting with a major computer manufacturer and IT services providers, and we have meetings scheduled with other customers to discuss this," he says. "They are encouraging us to take it to the next step right away. So we're looking at how and when we might take it from concept to product."