Nov 14, 2017Sensor-based passive RFID tags have been on the market for just a few years, but according to U.K.-based market-research firm IDTechEx, they have accomplished sufficient growth in niche markets that their sales are expected to far surpass those of their battery-powered alternative. IDTechEx has found a rise in passive RFID temperature and humidity sensors that has overtaken the battery-assisted passive (BAP) RFID sensors on the market, based on the low cost of the sensors for niche markets. According to its 2017 study, released last month, there will be approximately 5.2 million passive RFID sensors sold in 2017, dwarfing the number of BAP RFID tags, of which 330,000 units are expected to be sold.

Overall, the company predicts that sales of passive and active RFID sensors will amount to $400 million, or $904 million for entire solutions, during the next ten years. That places sensor tags as a small subset of the entire RFID market, which is valued at $20 billion by 2027—but sensor-based tags are expected to grow at a rate of 12 percent in the next year alone. 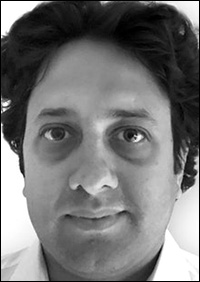 The survey compares passive and active RFID sensor systems, including both high-frequency (HF) and ultrahigh-frequency (UHF) tags, which around 50 companies worldwide are offering. During the past year or so, says Raghu Das, IDTechEx's CEO, "We had noticed an increase in providers of RFID sensors," as UHF and Near Field Communication (NFC)-enabled readers have become more accessible and lower in cost.

Battery-powered RFID tags, Das says, have been available for about 15 years, but have found limited use cases. "They never sold particularly well because of the price," he states. In fact, the average battery-powered RFID tag was found to cost about $16, according to the study, making the use of such a tag in large volume unaffordable for many applications.

In recent years, with the release of sensor-based RFID ICs (sensors which are built for the purpose of transmitting sensor data via RFID protocols), the cost of RFID sensor tags has dropped to as low as $10 per tag in volume orders. But that still limits the use of such sensors to high-value items, or to use cases for which the tags can be reused.

Passive sensors from companies such as RFMicron have offered a solution that has limits. Without an onboard battery, a sensor tag cannot store the sensor's history—it can merely respond with the real-time data once it is interrogated. But for some applications, that data is all that is needed.

For instance, Das says, the tags are being used for detecting water leakage in new vehicles as they are tested at the manufacturing site. Because the tags are low-cost, they can remain in the vehicle, and thus do not require the additional labor of being removed and recommissioned for another vehicle or some other product. They can also be used to detect leaks in such products as electronics.

Another common use case is the tracking of moisture in adult diapers used at health-care facilities. In this scenario, caregivers can utilize a handheld reader to capture sensor data from a diaper without physically checking it, thereby saving time for the provider, as well as improving patient comfort.

The system can also be used with fixed readers. For instance, Das cites an application in which the temperatures of critical components within mechanical equipment need to be tracked. Wind farms, for instance, can install a fixed UHF RFID reader within a wind turbine, and attach a passive RFID sensor tag to each turbine blade. The reader can then interrogate the sensor data each time the blade comes within range, and detect any temperatures that might be exceeding safe levels. If a blade becomes too hot, for example, it may become structurally compromised and need to be replaced.

Another version of the passive RFID sensor—one with a biosensor built into it—is gaining traction but is still mostly being used for research and pilots. Das says fewer than 5,000 units were sold this year. The biosensor tag employs a sensor film connected to the IC that will alter the RF transmission when interrogated, provided that specific conditions are met. That contrasts with the standard passive RFID sensor, which uses an IC with onboard sensors or an IC wired to sensors.

The biosensor-based tag can be very low in cost to produce, the company reports, and can be designed to track a variety of conditions far beyond temperature or humidity. For instance, the tag could be built to alter its transmission in the event that the biosensor detects the presence of explosives or specific chemicals. However, the tags require a proprietary reader to interrogate and interpret the tag transmission, which is considerably more expensive than standard UHF readers or NFC-enabled smartphones.

Das predicts that there will be greater growth in both battery-assisted and passive RFID sensors, based on the increasing demand for RFID as a low-cost alternative to Wi-Fi- or Bluetooth-enabled systems, as well as to continued RFID and sensor technology developments. For instance, Das cites wearable RFID sensors and the use of RFID sensors in health-care and cold-chain applications, in which tags are low enough in cost to make their use feasible on an item level.

The release of printed temperature sensors and RFID antennas, Das says, as well as flexible batteries and transistor circuits, will also encourage the proliferation of RFID-based sensor solutions. "There's quite a bit of fragmentation," he adds, when it comes to use cases. "But the numbers are adding up." The company plans to conduct additional surveys to track the growth of battery-assisted and passive RFID sensors in the future. The full report is available for sale at IDTechEx's website.