How Fog Computing Will Make the Edge Even Smarter

The future is foggy for large, distributed Internet of Things infrastructures—and that's a good thing.

May 13, 2018The move to increase intelligence at the network edge, closer to the devices monitoring and doing the work, is well under way in the industrial enterprise and beyond. Smart edge devices and sensors are popping up everywhere. Now, there's a new fog rolling in that may give that trend a major boost.

You've no doubt heard of fog computing (or "fogging"), but what is it? The term was coined to describe a form of cloud computing closer to the network edge (fog, as in "cloud closer to the ground"…get it?). 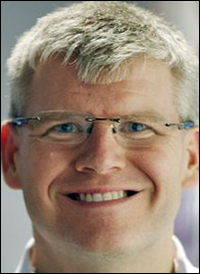 One way to look at fog is to consider it the next progression in the evolution of the edge architecture. Once the basic industrial-automation environment is modernized, the next step is to optimize the edge with connected platforms that deliver enterprise-class services, including high availability. Often, these edge platforms are linked to the cloud for storing, aggregating and analyzing data produced at the edge. Fog computing can be viewed as the next step in this evolution.

That's because fog computing fills the gap between the edge and the data-center cloud. It can handle the increasing volume of data and computing demands at the edge, without burdening centralized clouds. Because it's closer to the edge, the fog may also reduce latency—a critical factor for handling real-time Internet of Things (IoT) processing requirements.

What role will fog computing play in the real world? In production environments in which edge systems manage up to a handful of devices, the fog is probably overkill. But when you start scaling up to thousands or millions of edge devices, requiring a much higher degree of orchestration, that's where fog computing comes into play.

Where will we see those environments emerging? Large, distributed systems like those required for smart cities may be the most natural applications for fog computing. Think about the complexity of managing everything from smart streetlights that dim when no one is around to smart energy grids that distribute electricity based on predictive demand analytics, to smart water distribution systems that monitor flow and detect leaks. Making these work autonomously will require the coordination of many disparate devices and networks. Fogging will provide this real-time orchestration, while the centralized cloud becomes the place where data is aggregated and "deep thinking" for longer-term analysis and planning happens.

Autonomous cars are another future application for fog computing. Sending data from hundreds or thousands of vehicles back to a centralized cloud is just far too unwieldly. Fogs distributed throughout the smart roadway network will be able to handle the real-time computing demands with far greater speed and efficiency.

But what about more pedestrian applications in the here and now? Fog computing is likely to play a central role in today's complex, global supply chains. It can orchestrate the many hand-offs along the chain, while allowing the centralized cloud to focus on historical analytics to drive supply chain optimization.

Ensuring the security of the data managed by these fog computing systems will be a critical priority. Generally speaking, the further you travel from the data center to the edge, the less secure the systems are. This will have to change in order to achieve the full potential of fog computing and the intelligent edge.

Exactly how fog computing will help realize the promise of the IoT is still a bit murky, but one thing seems certain: for large, distributed IoT infrastructures, there is a fog in your future.

Jason Andersen is the VP of business line management at Stratus Technologies.