At U.S. Wireless Industry Event: A Vision for 5G Network

The opening keynotes at the CTIA Super Mobility conference, in Las Vegas, focused both on looking back at how far the wireless industry has come, and also on looking ahead to what the fifth-generation wireless network will require.

"The relationship between networks and those who use the networks has changed" since the emergence of mobile communications industry, Wheeler said. "Until mobile, it was the network that was in charge, commanding the user to come to the network—you could only enjoy the network on its terms. But over the past 30-plus years, this industry has gradually created a new network paradigm where network usage is no longer network-dictated." 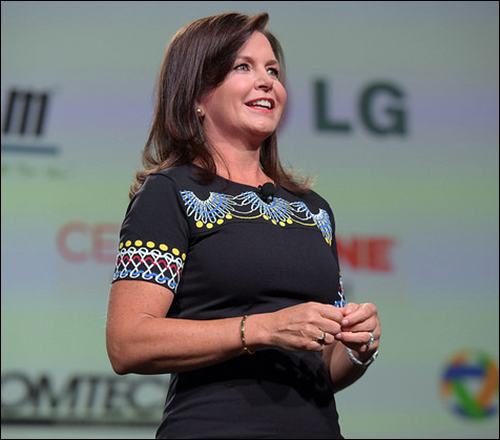 But then he swiftly changed his focus to the future, which his fellow presenters, CTIA president and CEO Meredith Attwell Baker, and CTIA chairman and AT&T Mobility and Consumer Operations president and CEO Glenn Lurie, agreed is the fifth-generation (5G) wireless network, which will support data speeds of up to 100 times faster than those delivered by current 4G wireless networks.

Baker said that 5G will unlock the future of automated vehicles, unmanned aerial vehicles (UAVs) and virtual reality. But she also highlighted that to make 5G real, the wireless industry needs access to more RF spectrum, and for this it needs government support. She also called on U.S. mayors to actively promote the development of 5G networks to enable smart-city applications for transportation and other infrastructure use cases.

"5G will make the Internet of Things real," Wheeler said. "But even talking about the IoT is too obtuse—let's talk about the benefits of smart-city energy grids, safer transportation networks and new opportunities to improve health care." He also called 5G "the missing piece of the puzzle predicting the wireless future," saying that while "wired and wireless networks force consumers to choose either high speed and capacity or mobility, 5G has a promise of gigabit mobile connections at any location." This, he said, is going to open up "hugely disruptive new value propositions for the users of networks."

AT&T's Lurie focused his remarks on the nearer future and on what is possible with current technology, the 4G LTE network. He spoke breathlessly of the potential of IoT technology and its ubiquity in consumer lives, particularly for smart devices. "Everything that has current running through it will be connected," he said.

Yet, Wheeler reminded attendees that while industry investment is key ($33 billion was invested last year in mobile communications technology and nearly $100 billion over the last three years), the federal government will play a major role in enabling 5G networks. While he echoed Lurie's call to avoid "regulation that doesn't make sense," he noted that the government preserved "the right to pull the flag, if needed, to protect consumers." And beyond that, he called out the role the FCC will play in making high-band (millimeter wave) spectrum available for 5G (the agency opened up a swatch of spectrum this summer); working with major wireless carriers to improve access to and the affordability of backhaul service; and working with local governments and the private sector to open up antenna-siting opportunities. Because a robust 5G network may require millions of cell sites, this will be no small task.

Lastly, Wheeler said, the FCC will also play an important role in ensuring that the 5G network is secure and is deployed in a manner that gives consumers control over their personal data. "The commission is engaging the industry to make sure that cyber-security is addressed during the design phase for the entire 5G ecosystem, including devices," he said. And because 5G network deployments will be predicated on the "exploitation of big data," he added, "it is imperative that carriers have privacy policies that enable customers to understand and control how their personal information is being used." Ensuring that privacy policies are developed and followed is in the domain of the Federal Trade Commission, not the Federal Communications Commission, but Wheeler's implication here was that the FCC will be watching.