During a recent Zebra study, around 85 percent of warehouse managers indicated plans to prioritize automation technology, such as machine learning, AI and RFID, within the next three years. 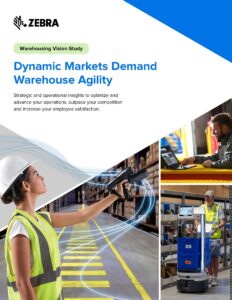 According to the majority of those polled in a new survey, Internet of Things (IoT) and automation technologies will be leveraged to address current challenges at warehouses and distribution centers. Zebra Technologies' "Warehousing Vision Study" found that a majority of warehouse managers believe investments in technology will provide benefits, while fewer believed they could afford to do nothing. Among those polled, most indicated they are becoming more comfortable integrating a variety of new technologies into their current operations and infrastructure.

The survey, conducted in January and February 2022 and released this week by third-party research firm Azure Knowledge, includes feedback from more than 1,500 decision-makers and associates who manage and maintain warehouse or distribution center operations in the manufacturing, retail, transportation, logistics and wholesale distribution sectors. Respondents were located throughout North America, Latin America, Europe and the Asia-Pacific region.

The survey, according to Zebra, found that supply chain disruptions, labor shortages and increasing consumer demands are putting pressure on those in the warehouse industry. Individuals operating such facilities, as well as those working there, want technology-based solutions. Nine of ten polled individuals expected sensor-based technologies within the coming years—including radio frequency identification, computer vision and machine vision systems—to become more prevalent during the next five years, and they also expect to use wearables, mobile printers and tablets. That comes with a demand for software to manage data, along with a hybridization of IoT technologies.

Almost 90 percent of warehouse operators indicated that in order to remain competitive, they needed to adopt technology-based solutions, while 80 percent said the COVID-19 pandemic has further driven that need. More than a quarter of those participating in the survey have already deployed a form of autonomous mobile robots (AMRs) to improve facility management efficiency and reduce labor requirements. That is just the beginning, according to Mark Wheeler, Zebra's supply chain solutions director. Within five years, he says, that number is expected to grow to 90 percent.

Zebra has conducted "Vision Studies" to investigate technology adoption in numerous industries since 2008, and its previous warehouse-dedicated survey was released three years ago. World events have heavily impacted the warehouse and logistics industry since that time, Wheeler says, adding, "It was definitely time to conduct a new survey for the warehousing sector. It's a space that is central to so much that is happening right now in the market, with the revolution in supply chain and direct-to-consumer growth." 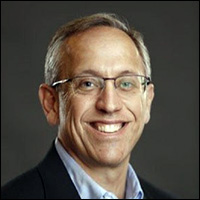 For the first time, the "Warehousing Vision Study" questioned not just managers, but also warehouse associates. Among the associates who responded, Wheeler says, 45 percent indicated their employers have increased wages or offered bonuses amid labor constraints, and that employers are improving work conditions in other ways, such as providing more technology to use on the job.

When asked about the benefits of technology, 92 percent of these warehouse associates said technology advancements would make the warehouse environment more attractive, which may be critical for those facing hiring shortages. Wheeler notes that demand for fast order fulfillment, at the same time as rising transportation costs and supply chain challenges, is putting pressure on a market that is already short on labor.

Managerial respondents said their shipping volumes have increased by more than 20 percent, on average, throughout the past two years.  By 2025, the survey indicates, more than 80 percent expect to increase the number of stock-keeping units they carry, as well as grow the volume of shipped items. What's more, they plan to expand their returns-management operations, offer value-added services and increase their physical footprints, with both the number and size of warehouses increasing.

With this growth in mind, more than 80 percent of decision-makers said they will need to rely more on automation in the future. Meanwhile, nearly 80 percent of warehouse associates said walking fewer miles per day would make their jobs more enjoyable, even if they had to pick or handle more items. However, only 41 percent of managers said they felt that implementing warehouse technologies such as robotics would attract and retain workers.

Approximately 84 percent of warehouse associates and 79 percent of decision-makers indicated they are concerned they will not meet their business objectives without technology investments to improve operations. Different sectors face different pressures as well. Ninety-two percent of associates in the transportation industry and 88 percent in the logistics sector had the highest response rate related to the need for automation technology. Overall, more than 60 percent of decision-makers said they plan to invest in technologies that increase inventory and asset visibility within their warehouses, as well as boost overall visibility throughout supply chains, during the next five years.

Some responses varied according to geography. Nine in ten Asia-based decision-makers said machine vision or IoT scanning technologies. such as RFID, Bluetooth Low Energy (BLE) or barcodes, were key areas that would save time and eliminate errors, though only a quarter are currently using them.  European warehouse associates, at a rate of 85 percent, were the most likely to say they would view their employer more positively if it provided mobile devices and other technologies. In Latin America, 96 percent of associates believe implementing warehouse technologies such as robotics would help them attract and retain workers—the highest percentage of any region.

Eighty-six percent of North American company decision-makers said the pandemic has prompted them to evolve and modernize more quickly, which was also the highest percentage of any region. So while technology adoption was already underway in the warehouse industry, Wheeler says, it has been accelerated by COVID-19. And all parties—manufacturers, retailers and logistics providers—have been impacted by the expectations consumers have for higher levels of service, Wheeler says, including faster, error-free deliveries and the ability to return goods seamlessly.

In the meantime, attracting and retaining the labor required to ensure consumers get the service they expect is becoming more difficult. "So you put all that together, along with rapid evolution in certain technologies, and it's a very interesting space and interesting times," Wheeler states. The survey's results he adds, reflect a sentiment across the board that "These new technologies, from RFID to machine vision to robotics and sensing, are going to play a significant role in the vast majority of operations going forward."

Synthesizing Technologies for a Hybrid Approach

A majority of respondents indicated an interest in using technology to gain analytics to better understand what is taking place onsite, along with areas of efficiency and ways in which that efficiency can improve. The survey did not focus on specific technologies, and Wheeler predicts solutions can be deployed with a hybrid approach. For instance, RFID and machine vision could each be leveraged to address specific challenges, and together they could offer a full solution.

Passive UHF RFID tags can uniquely identify goods within range of an RFID reader without requiring a line of sight, while computer vision can be used in tandem with label verification to gain a view into whether a label is properly applied and on the correct product. Zebra thus offers its ATR7000 fixed UHF RFID reader, which can cover a wide area such as a receiving dock, a dock door or a conveyor. Handheld readers used in conjunction with computer vision is another approach that warehouses have been exploring. "There is really a large tool kit that warehouses can apply specific to their particular operation," Wheeler says.

According to Wheeler, the survey results mirror conversations Zebra has been having with customers, industry analysts and consultants. "I think this accurately reflects what's happening in the market and the sentiments of customers," he states, "so that's an important input into our investment decisions." The key finding, he notes, is how important technology is going to be for the future of the warehouse and logistics industry. Early adopters, he predicts, will benefit the most from these technologies. "I just think it's risky to sit and wait for this space to continue to grow and mature before acting. The winners are going be the ones out front in technology adoption."