Oct 19, 2004Japan-based credit card company JCB International is launching a trial of its QUICPay contactless payment system in November with Tokyo-area taxi drivers. If the trial is a success, JCB hopes to bring its contactless system using RFID technology to convenience stores, allowing Japanese consumers to use their mobile phones to make instant payments at such stores by early 2006.

The payment system consists of a mobile phone with an embedded chip that stores an allocated amount of funds that have been charged to the phone owner’s JCB credit card. QUICPay RFID readers can read the fund balance remaining on the chip and subtract money during purchases. 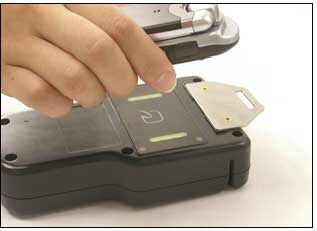 “We’re taking a known technology into a different venue,” says Julie Krueger, JCB’s vice president of emerging technologies at JCB USA in Los Angeles. Because use of cell phones is so prevalent in Japan, even more so than the use of credit cards, incorporating the contactless system in the cell phones makes transactions most convenient for Japanese consumers.

The trial will test the payment system with NTT DoCoMo mobile wallet service handsets that are embedded with Sony’s FeliCa IC chip, which uses Near Field Communication passive RFID technology that complies with the ISO 18092 standard. The JCB QUICPay application is downloaded into the chip. About 20 employees of the Kanachu Hire taxi company (based in the Tokyo suburb Atsugi) will be equipped with the phones and will use them to pay for rides with any of the cab company’s drivers who have contactless readers. When the phone is presented within 10 centimeters of the reader, the reader determines the amount of money stored on the chip, automatically deducts the fare and resets the chip’s balance.

All the mobile phones used in the trial will be compatible with NTT DoCoMo's mobile wallet service, which is intended to replace the items that usually reside in a wallet such as money, tickets and identification. SAXA, a Tokyo-based network solutions company specializing in contactless IC technology, provided the POS readers, which use 13.56 MHz to read and write to the FeliCa chip, and the data processing system, which consists of the hardware and installed JCB software that accesses the JCB application on the FeliCA chip. When the two-month trial ends, JCB will use feedback from riders and drivers to prepare its release of the QUICPay system for convenience stores in Japan.

With the QUICPay system, JCB allocates a preauthorized credit limit amount such as $100 or $200 on a consumer’s contactless chip embedded in an i-mode FeliCa mobile wallet service phone. The allocated funds will later appear on the JCB monthly statement. This allows the payments to be made offline; the reader does not have to call in to authorize the transaction but instead determines the balance that is available on the chip and subtracts the fare from this balance. By paying offline, there is not only increased speed and convenience for both the customer and the vendor, Krueger says, “it reduces fraud” because the payment is already allocated on the chip and therefore guaranteed. While this trial is used only with phones, in the future, the chip can also be embedded in a credit card or other plastic card.

QUICPay “could be more successful in Japan than in the United States,” Krueger says, because Japanese are less committed than Americans to the idea of paying by credit card and therefore are more open to alternative payment methods. Despite that, Krueger sees the system eventually being used successfully in the United States as well, but not as soon as it will in Japan.

For both consumers and vendors, the advantage of QUICPay is in the reduction of time spent in each transaction. In contrast to conventional cash or credit card payments, a QUICPay transaction can be done in seconds by presenting the card and pushing appropriate buttons on the reader for offline processing and no signature is needed. For that reason QUICPay is expected to be in demand by merchants at convenience stores and supermarkets as well as other venues in Japan. So far, JCB has no plans to trial or launch the system in Europe or the U.S. because of the small number of JCB cards that are issued in those places.