The Internet of Clothes

A research project aims to link clothing to the Internet so items can be shared or donated automatically to charities when they are no longer being worn.

Aug 30, 2016Back in the 1930s, the typical American woman owned nine outfits. Today, she owns 64, and some of those garments are rarely, if ever, worn. Mark Brill, a senior lecturer in future media at Birmingham City University, in the United Kingdom, hopes to help people—men as well as women—use clothing more efficiently and consume less by tracking garment usage and linking it to the internet with radio frequency identification. "Your clothes should remind you that you aren't using them," he says.

The concept was sparked by an artistic project called Brad the Toaster by Italian designer Simone Rebaudengo, Brill says. "Brad was linked to other toasters via the internet. He could compare himself to how often other toasters were used, and if he wasn't being used enough, he put himself on eBay." 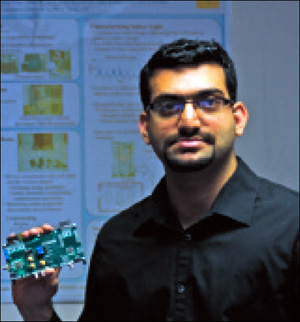 Brill was familiar with Near-Field Communication, a short-range form of RFID, because he'd used it in some of his commercial marketing work. It seemed a natural way to track how often clothes were being worn, so he built a prototype system using off-the-shelf NFC tags and readers. With the help of a commercial software firm he'd worked with previously, he created an online database for tracking and sharing information about how often each item is worn.

Brill hung an NFC reader in his closet and put NFC laundry tags, which are encased in plastic to protect them during washing, on some of his garments. He tags and enters via the web application any new clothes he buys and indicates how often he expects to wear them. Each time he puts on an item, he waves the tag near the reader. If he hasn't worn an item or has donned it far less frequently than he expected, the system sends an alert to his mobile phone.

The project is one of 12 that has been short-listed for a Network for Innovations in Culture and Creativity in Europe Award, which is organized by the European Centre for Creative Economy. Brill hopes to be among the four winners so he can use the modest prize money to purchase more hardware. 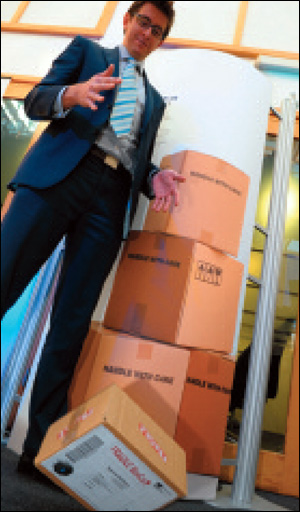 The next step is to improve the hardware and software and share it with beta testers. Brill would like to create an ultrahigh-frequency RFID version as well, since many clothing items are already being tagged with passive UHF RFID tags for inventory-tracking purposes. "If the clothing manufacturers put a tag in permanently, then you could put a UHF reader above your bedroom door and it could automatically track what you wore each day," he says. "Our goal is to have beta testers use both the NFC and UHF versions and give us feedback."

The long-term goal is to create a network of people sharing information about their clothing, and exchanging or donating items they don't wear very often. "If we can reduce wasteful consumption of clothing and encourage more ethical production and use of clothing," Brill says, "then ultimately, that's good for individuals and society as a whole."