IRNAS's NB-IoT and LTE cellular-based device, using a Nordic Semiconductors SiP, captures power surge information and analyzes the data on the edge to enable low-power, wireless transmissions about conditions in the field.

Oct 18, 2021Internet of Things (IoT) technology company  IRNAS (an acronym that translates into English as "Institute for Development of Advance Applied Systems") has developed a power-monitoring solution that leverages IoT technology to identify conditions for utilities-based customers. Known as RAM-1, the solution provides data related to the maintenance and operation of electro-energy systems. The solution, owned by  Izoelektro, reports data about infrastructure status, including irregular current leakage or an incident like a branch falling onto a power wire. In that way, the company says, the system provides early warnings and enables preventive maintenance.

The Slovenia-based company's technology employs  Nordic Semiconductors' Bluetooth Low Energy (BLE) and NB-IoT system-on-chip (SoC), built into IRNAS's own sensor devices, to automatically capture data regarding smart power grids. The technology is being deployed by Izoelektro, a maker of low- and medium-voltage surge suppressors and medium-voltage insulators for electricity distribution companies throughout Slovenia. IRNAS has also partnered with  Memfault, which provides its monitoring and debugging solution to capture and manage data, as well as offer device status and allow remote upgrading.

The RAM-1 solution provides data related to the maintenance and operation of electro-energy systems.

IRNAS is a custom hardware development company. Its RAM-1 technology consists of a control unit and custom control software with a graphical user interface. IoT connectivity is provided via Bluetooth Low Energy, as well as LTE and NB-IoT. The solution was taken live in the beginning of 2021 by Izoelektro, which is building the system into its own products to ensure its customers have a view into the operation of power systems where the sensors are deployed, even in remote locations.

"We offer development services of bespoke IoT solutions mainly for industrial and infrastructural sectors," says Luka Banović, the company's engineering project manager. Its solutions range from advanced sensor devices with on-edge machine learning to trackers that are deployed in extreme environments and conditions to capture the locations of wildlife. IRNAS has its own in-house production facility, which it calls an innovation lab, in Maribor, Slovenia. The company employs mechanical, electrical and software engineers to design products as needed, Banović says, based on the custom requirements of each application.

IRNAS launched its first IoT solutions eight years ago, Banović recalls, adding, "We are growing and maturing as IoT does." The company aims to bring IoT-based wireless intelligence to new markets in which it hasn't been applied before. That includes using such technologies to capture data in remote locations. IRNAS's solution has evolved to become a connected, wireless intelligence device that captures data. Its edge-based gateway analyzes data and forwards relevant details to a server, to be distributed to utility companies and other users.

For the past year, IRNAS has been incorporating Memfault's cloud service and software platform to manage the IoT-based sensors as well. With the use of Memfault's server and software, IRNAS says it has accomplished fleet monitoring of remote monitoring devices, cloud debugging and controlled firmware updates. The service collects such data related to the functionality of all system components including battery level, then transmits that information to a central location, where the results are analyzed. Alerts can then be sent directly to IRNAS so it can work on a fix. "It has significantly improved our development process," Banović says, "both on a technical level and on a customer-facing level." 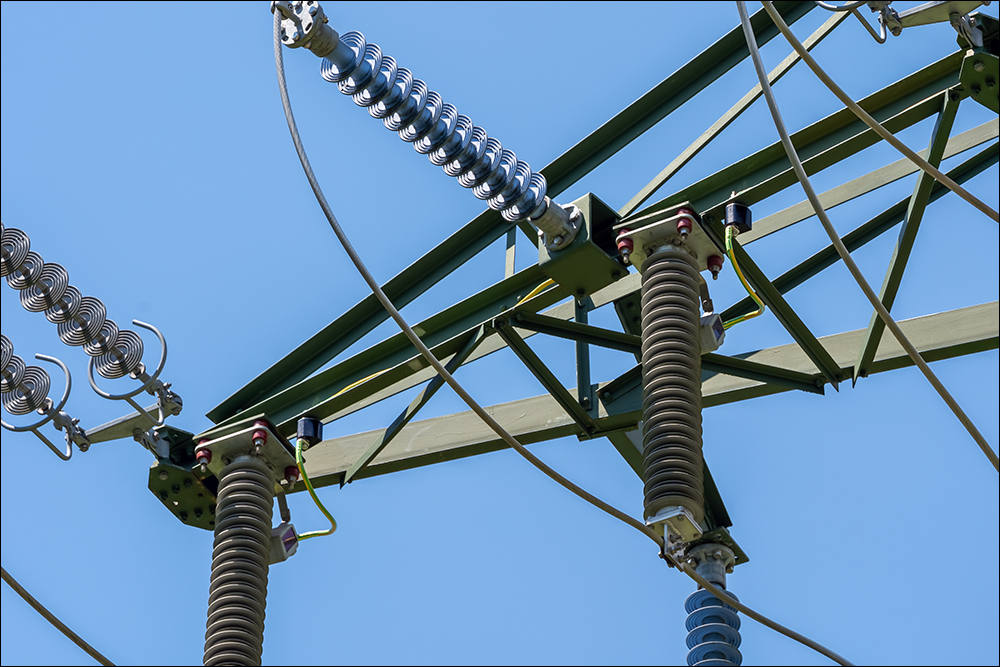 The RAM-1 system is mounted on an electrical grid pole.

The RAM-1 technology is being built into solutions so that Izoelektro can provide electric companies with a view into their power grids. Each RAM-1 sensor employs Nordic Semiconductor's nRF9160 system-in-package (SiP), which provides connectivity via LTE and NB-IoT. The SiP is equipped with built-in GPS functionality to identify the sensor's location in the field. Coupling that data-capture technology with RAM-1's edge-processing capabilities in a dedicated gateway, Banović explains, "allows a very efficient reporting of most critical insights," about issues such as a detected change in power where the sensor is installed. 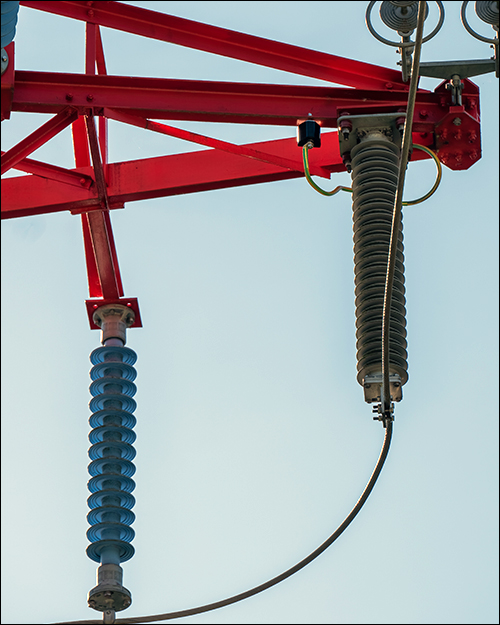 The RAM-1 (the small black box in this image) is connected to a thick GND cable.

By analyzing data on the edge, Banović says, the RAM-1 system can "significantly reduce the cost of data transmission and reduces general power consumption." Typically, he adds, Izoelketro deploys the technology in the field—at a utility power site, for example. The RAM-1 sensor with nRF52 SiP is first configured using via BLE. In that way, an individual installing the sensor can use a handheld device with BLE capability to adjust the settings, as well as provide firmware upgrades.

The BLE functionality can be employed for device-to-device communication if needed, for scenarios in which the units are placed within range of each other. In that situation, they could forward data between each other to the gateway. The gateway then communicates with the server via the local mobile or NB-IoT network. That data enables the power company to view real-time and historical information regarding the operation of its assets as part of a power grid. The sensors and gateways are battery-powered, the firm reports, with a typical lifespan of ten or more years, and the units are designed to accommodate upgrades as necessary throughout their lifetime.

"It is key to realize that supporting technologies will change and mature in the meantime," Banović states, "which means we will need to be able to accommodate for that." To stay up to date, he says, "With the nRF9160 plus nRF52 [SoC] combination, we cover the whole spectrum: device configuration, remote monitoring, upgrading, easy installment and upgrading, on-device machine learning, all under low-power operation." Systems being monitored by the technology include public infrastructure, such as tunnels, as well as agricultural sensing, smart factories and conservation technology, to identify and track the locations and movements of wild animals

According to Banović, the RAM-1 has transitioned from simply being a surge-monitoring device to becoming a smart device for IoT electrical grid monitoring with edge computing and advanced analytics capabilities. "It already provides valuable data that allows infrastructure providers a much more efficient maintenance," he says, "making the energy-distribution infrastructure more durable, stable and reliable, which will be of key importance in the near future, when we are expecting an exponential rise in demand for energy production and distribution."