With the mobile reader company now part of HID, both businesses are poised to offer more HF RFID and NFC functionality for enterprises.

Jan 25, 2023RFID Journal LIVE! 2023 will feature end-user companies discussing their use of RFID and NFC, as well as exhibitors offering tagging solutions utilizing such technologies. To learn more, visit the event's website.

The acquisition took place last month, and HID says it expands its reader portfolio within event access, as well as in other vertical markets, and is complementary to previous acquisitions (see Always a Bigger Fish). Janam makes rugged mobile computing solutions for retail, healthcare, warehousing, manufacturing, logistics, government, and the public safety, sports and live entertainment sectors. The company was founded in 2006, in Woodbury, N.Y., where it will continue to operate as a business within HID.

The Janam products extend what HID offers around powering trusted identities of people, places and things, according to Marc Bielmann, the senior VP and managing director of HID's Identification Technology (IDT) business area. From an access-control perspective, he says, Janam adds mobile devices to HID's product portfolio that had previously centered mostly around fixed readers. "This increases HID's presence and relevance," Bielmann explains, "as a provider of smart credential-issuance and reader solutions."

IDT, one of HID's six business area, is poised to benefit from the inclusion of Janam's handheld readers and mobile pedestal scanning units, the company reports. Janam has a focus on Near Field Communication (NFC) and high-frequency (HF) radio frequency identification (RFID) readers, both of which provide barcode scanning as well. 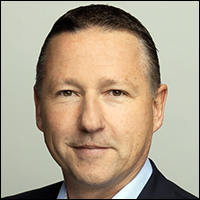 One key area on which the IDT unit is initially focused is event management—specifically, providing fans and personnel with access to public venues, such as stadiums, via handheld devices. In 2022, HID and Janam provided solutions for access control at the FIFA World Cup games in Qatar (see RFID Delivers Access Control, Management to World Cup). Janam also serves markets outside ticketing to certify people, places and things with a handheld reader, according to Harry Lerner, the company's CEO.

"For us," Lerner states, "the acquisition expands our portfolio of products so we now offer much broader solutions and services to both existing and new customers," since the company will be able to draw from other HID products as part of a solution. For example, he says, "We've never been in the fixed space, so that's going to expand our portfolio from not just mobile and handheld, but also to fixed readers, and to a lot of what we're doing in the pedestal space."

By joining HID, Lerner notes, Janam will increase its geographic footprint beyond North America. That means it could now serve customers with sites throughout the world. "We can really effectively support customers that want to consolidate all of their data-capture and access-control initiatives worldwide into one strategic partner," he says.

Transition from Paper to Digital and Barcode to RFID

There are several transitions underway in access control and credentialing that the two companies aim to leverage with their combined products. Businesses are moving from paper to digital, and from barcodes to NFC or HF RFID. At events, for example, audience members are increasingly purchasing tickets electronically, then providing digital versions, stored in their smartphones, at the entrance.

Many of those who are making that transition do not necessarily install fixed readers or kiosks to authenticate those digital tickets, and thus will benefit from mobile readers. "Janam has a very strong ability to read, for example, digital tickets [such as mobile wallets] on an iOS or Android device" with a mobile reader, Bielmann reports. "So we think it's a good time to acquire a company that's definitively supporting that big digital shift." Beyond venue access, mobile contactless transactions are also being adopted in healthcare and for transit, for which credentials are stored on a user's phone.

A second and parallel trend is that contactless digital transactions are moving from barcode credentials to NFC. Those are complementary but separate trends that are both hitting at the same time, Lerner explains. The demand for NFC tap-style interactions, with an NFC-enabled smartphone or HF RFID using ISO standard 15693, has been growing in the past few years. The transition, Bielmann says, is "creating a huge groundswell for us, not just in ticketing sports and live entertainment, but we're seeing it in all sorts of other markets where the desire to tap and go exists."

Janam says it serves companies that seek contactless systems with which they need to certify the identities and credentials of people and things on premises. That includes train operators, airports, hotels and pharmacies. "So we really don't see any limit to the places where we can bring mobility and these technologies" for identification purposes, Lerner says. 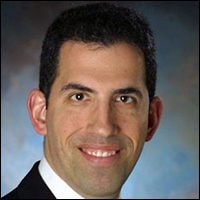 At airports, for instance, passengers currently use barcoded boarding passes stored in their smartphone's digital wallet. However, the technology requires that people open their barcoded pass, make sure the code is on the screen and that the light doesn't turn off on the display, and then verify that it is positioned properly for scanning. With an NFC version of this system, the phone can simply be tapped near a pedestal or handheld scanner, and the correct pass will automatically be retrieved as passengers pass through the gate.

NFC solutions also provide potential benefits for healthcare, Lerner notes. For instance, patients at doctors' offices are typically directed to register themselves, often filling out paper forms or providing vaccine credentials in the form of paper or a QR code. With NFC, they can share their credentials by positioning their phone close to a Janam reader, thus eliminating physical contact with the staff. Bielmann says the world "is moving from paper-based to digital credentials, and then moving from barcode only to tap-and-go."

In addition, Janam's products are being used to identify goods via HF RFID tags in such locations as warehouses, as well as on delivery vehicles. Because the tags can be read via Janam's mobile readers, automated transactions can be accomplished in environments like package drop-offs, or in the commercial supply chain.

A Combination of Multiple RFID Technologies

While retail products are often tagged with ultrahigh-frequency (UHF) RFID tags, HF is more commonly used in industrial environments for the short but reliable transmission the technology offers, as well as its high performance around metals. "We see a lot of track-and-trace based on HF technology," Lerner says.

HID acquired U.K.-based Technology Solutions UK Ltd. (TSL) in 2021, which provides handheld UHF readers (see Acquisition Brings Mobile UHF Reading to HID Global). The Janam acquisition, Bielmann says, is complementary to that one, as it provides another mobile reading device using the other predominant RFID technologies: HF and NFC. "We have now both sides of the coin," he adds, referring to UHF and NFC/HF, and barcode scanners are still part of Janam's portfolio as well. "We're still living in a mixed world between those technologies," Lerner says, though the trend is moving toward NFC and HF.

Janam will continue to operate out of its existing offices, following the same model as HID's other acquired companies. "We like the business to stay close to the customer," Bielmann explains, "to keep the decision point close to the customer, so the same will happen for Janam." In the meantime, he says, Janam will use HID's global footprint to push its product sales outside of North America, Europe, the Middle East and Africa. "We'll also use our operation footprint outside of North America to push Janam to the rest of the world."

Janam finds that its customers have certain common needs, no matter what industry they come from. "They all want more information and more insight into what's happening on their premises," Lerner states. "Enterprises want to know what's happening, how much [of any particular asset or product] they have, and who's doing what—and we now have the ability, with technology, to give them the insight into a lot of that."