The first edition of the prize was handed out to companies in three vertical categories, as well as in the GS1 EPCglobal category. In addition, an award was given to an outstanding professional who has helped to develop Brazil's RFID ecosystem.

Sep 12, 2017At this year's Latam Retail Show—held on Aug. 29 to 31, at the Expo Center Norte in São Paulo—the IoT RFID Pavilion of the Brazilian Association of the Radio Frequency Identification Industry (ABRFID) was the site of the first ABRFID Awards (see ABRFID Award to Recognize Companies and Personality in Brazilian RFID Industry). The award debuted in three categories by vertical industry, and in a GS1 EPCglobal category. In addition, ABRFID paid homage to an outstanding professional in the development of the RFID ecosystem in Brazil. The ABRFID Awards were supported by GS1 Brasil. 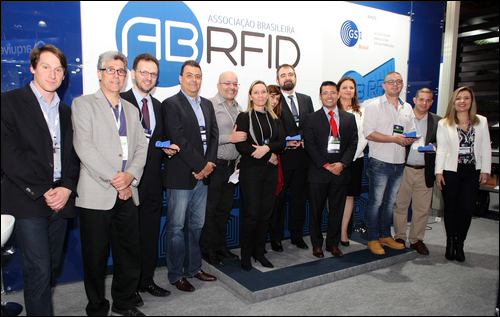 The winners and honorees of ABRFID's first IoT RFID Award

At the start of the awards ceremony, ABRFID's board unanimously elected Hewlett-Packard's Kami Saidi as the IoT RFID 2017 Personality. The award was granted in recognition of Saidi's pioneering contributions to the development and application of radio frequency identification technologies in Brazil. 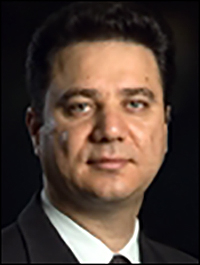 Under Saidi's vision, HP has adopted RFID from an innovative perspective in the printer production line in Sorocaba, and has encouraged the dissemination of the knowledge acquired through the creation of the RFID Center of Excellence (RFID CoE), which has trained more than 800 professionals to date. Kami, who could not be present at the ceremony, was represented by Marcelo Pandini, a member of his team and another HP professional with a history of achievements in the world of RFID and Internet of Things (IoT) technologies.

The award also recognized the pioneering and innovation of companies that have implemented RFID technology or the IoT concept to benefit businesses from inside or outside Brazil in different vertical markets. The winners were the following companies, which presented their respective success stories:

Category: GS1 EPCglobal
Company: iTAG
Case Study: Biomechanics—UHF RFID Expedition
Click here to read about this use case (this article is in Portuguese but can be translated).

Category: Retail and Wholesale
Company: SmartX Technology
Case Study: BMW—Montreal, Canada
Click here to read about this use case (this article is in Portuguese but can be translated).

Category: National RFID Solution
Company: Identhis
Case Study: Gauze and Surgical Instruments With UHF RFID
Click here to read about this use case (this article is in Portuguese but can be translated).

Category: National Hardware
Company: Valid
Case Study: NFC Payment Bracelets
Click here to read about this use case (this article is in Portuguese but can be translated). 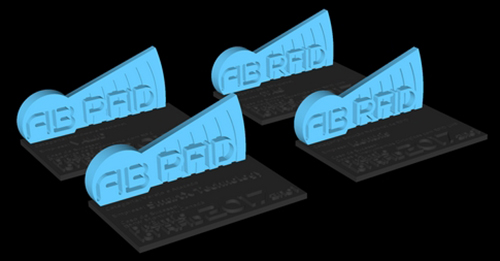 The winners were chosen by a jurors board formed by professors and researchers from Brazilian universities who are dedicated to increasing knowledge about RFID and the IoT throughout that nation. The jurors council was under the coordination and supervision of two professors: UFRGS's Lubaszewski and Renata Rampim of Unicamp. Among the jurors were professors Fabio Lima (FEI), Fabiano Hessel (PUCRS), Fernando Rangel de Sousa (UFSC), Glauco Fontgalland (UFCG), Jean Louis Silva Santos (IFS), and Samuel Bloch da Silva (ITA), as well as coordinators Renata and Lubaszewski.

The trophies for the first ABRFID Award were made by a Sinctronics 3D printer, using recycled plastic material from the company from discarded IT equipment, such as printers, ink cartridges and cell phones in processes using RFID. As such, the trophies, in addition to being sustainable, used the concept of the circular economy, in which resource input and waste, emission and energy leakage are minimized by slowing, closing and narrowing material and energy loops.

Also at the IoT RFID Pavilion was Mark Roberti, RFID Journal's editor and founder, who is among the world's leading RFID experts. Roberti went to Brazil with the sponsorship of RFID CoE to discuss how RFID technologies can benefit omnichannel strategies for retail companies.

During his talk, Roberti approached the application of omnichannel strategies; how to deploy the IoT concept, based on low-cost RFID technology; how to invest in technology efficiently and achieve a return on investment, with a focus on tracking products in the supply chain; and how to deliver new experiences to attract new customers and reduce costs.