The solution, using an RFID reading robot that interrogates tags attached to every piece of apparel or accessory, has brought inventory visibility up to 95 percent to help ensure on-shelf availability.

Nov 21, 2022During the course of approximately four months, Kmart Australia is equipping all of its 243 large-format stores across Australia with a radio frequency identification (RFID) system to automatically identify every item of apparel that passes through its stores. The rollout, which was preceded by a pilot of the technology at 11 stores late last year, is expected to address inventory accuracy and on-shelf availability first, while the long-term plan is to accomplish more with the collected data.

Thus far, by using software and Tory RFID-enabled robots from MetraLabs, along with Checkpoint Systems' RFID labels, the system has boosted inventory accuracy from 60 percent to 95 percent, according to Adam Gradon, Kmart Australia's chief product owner for digital stores. Installation began around July, following the pilots, Gradon says, and all stores are expected to be using the technology by this Christmas.

The Kmart Australia department store chain sells discount products, including apparel and general merchandise, with no connection to the Kmart brand in the United States. The company has accelerated its investment in digital technologies and data analytics, with RFID technology as one of its key investment areas. 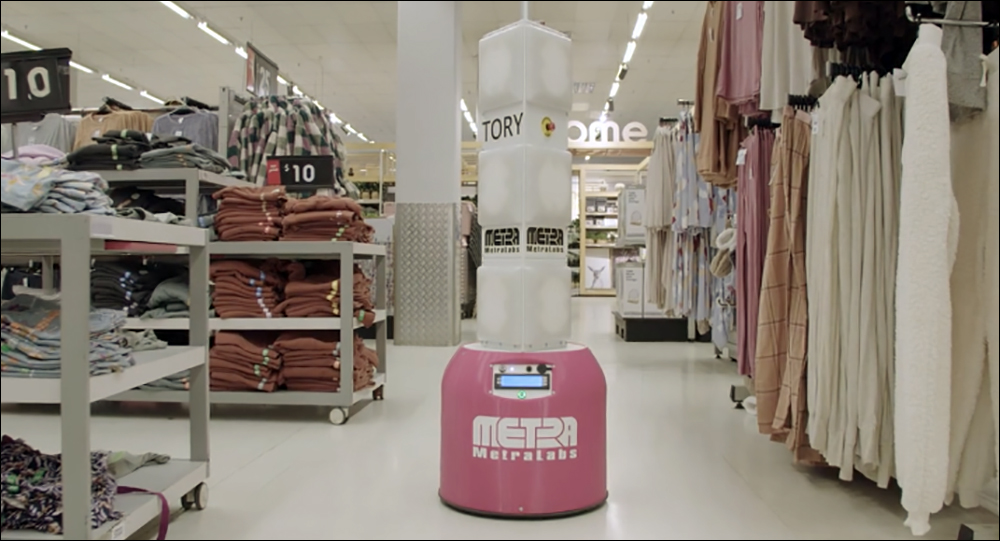 Short Timeline to Pilot and Deploy

Piloting of the technology began at 11 stores spread across every state of Australia, in order to test the technology's effectiveness at a variety of locations. The goal, Gradon explains, was to gain learnings from multiple store types in various regions, both urban and rural. The company first tested RFID's use on a small subset of apparel within the women's department, beginning with denim, to determine whether the tags could be properly read by the robot, both in the back room and at the store front. "From there," he says, "we moved into scaling all the clothing, footwear and accessories." 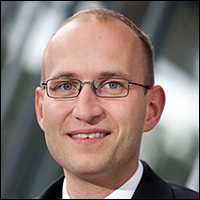 The company has replaced its existing price hangtags with passive UHF RFID tags from Checkpoint, which are being applied to products at the point of production. Source tagging began in 2021, the company reports. Because the tags replace printed price tags, Gradon says, manufacturers "can just apply them the way they would have the regular printed barcode label."

As the stores prepared for fully automated inventory counts, employees often completed the tagging of goods that were already onsite without RFID tags. Even as tagged goods come from suppliers, Gradon points out, in the early days of the deployment, "Your store is still polluted with untagged product, so there's a point where you need to go and tag up your shop floor." With the system in place, he adds, it starts with the robot.

Once a product is tagged, it is then read for the first time when it arrives at the store. All tag reading is accomplished by Tory robots, typically one per store. While RFID data capture could manage the supply chain and distribution centers as well, Kmart Australia is focusing on the stores first, to provide better on-shelf visibility. The Tory robot goes everywhere where goods are stored or displayed for customers. "We have the robot count in front of house and back of house, seven days a week," he states.

Because many stores contain two or three levels, the robot conducts its inventory management on one floor, them must be brought to the next floor by an employee via an elevator. There is a charging station for the bot on each level. "The majority of our robots' run is done overnight," Gradon explains, "when the team members open the store." To define the robot's route through the aisles at each store, mapping is primarily done by a technician. In some cases, the technicians work for Kmart Australia, while others are sent onsite by MetraLabs. 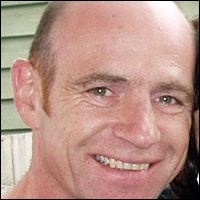 Each store spans approximately 5,000 square meters (53,820 square feet). In general, most are similar in design, making them predictable for shoppers. "We have a simple footprint in all stores," Gradon says, "and every store looks the same because we want every customer to have the same experience." Therefore, the robots' route rarely changes. Once the tag data is captured, it is forwarded via MetraLabs' REST API, says Andreas Bley, MetraLabs' co-founder and managing director. Kmart Australia's own management software, created with a third-party provider, manages the inventory data.

To ensure the high read rate that Kmart Australia is acheiving, MetraLabs made some adjustments to the robot. That included customizing the placement of the antennas, Bley says. "We pointed some of them upwards to help read RFID tags at a greater height. It was especially necessary for their back-of-house environment." Shelving in the back room can store goods 4.5 meters (14.8 feet) above the floor. Additionally, Bley says, due to the scope of the project and the number of installations per week, "We spent a lot of time on simplifying the installation process."

Beginning in 2019, the RFID technology company assisted with Kmart Australia's store-of-the-future, a test site under the brand name Anko in Seattle. The Anko products arrived at the store with RFID tags already applied by vendors in Asia. Following that, with a focus on Kmart Australia's stores in Australia and New Zealand, RFID tagging began with women's denim and then other women's wear. "By the end of 2021," Murrihy says, "all products coming in were fully tagged."

Going forward, RFID tags could be applied to other general merchandise at Kmart Australia's stores. That process, however, will not be as simple as with apparel merchandise, Murrihy says, since the packaging comes in many shapes and sizes. Some products include materials or contents that are less friendly to RF transmission, such as liquids and reflective metals. In the long term, Gradon adds, Kmart Australia plans to have RFID tag reads integrated throughout a product's entire lifecycle, though the company is still reviewing the benefits it gains from the data captured in stores.

"Every single day," Gradon says, "we're learning something new. The data [we] have is unbelievable. We can see how product moves around the shop floor. We can see how long it lives in the back of house. We're starting to see… the common products that are sent from the back of house to front of house." The benefits initially are around understanding inventory levels, he notes. "We've seen a quantum shift in our data accuracy from 60 percent in 95 percent."

The retailer says it is currently reviewing how it can maximize the technology's benefits. Initially, the data is reducing the need for workers to walk through aisles checking inventory levels. "The cost of labor in Australia is high," Gradon explains, "and the cost of living is really high, so anything that we can do to keep our prices down, the better."

For Kmart Australia or any retailer across Australia, the access to data could provide more opportunities beyond on-shelf availability. For one thing, Murrihy says, the data helps retailers assure consumers of the energy efficiency behind a product's manufacture and shipping in the long term. Australia prides itself in being a very green country, he says, adding, "I think, on a global standard, the Australian consumer is very much ahead of the curve when it comes to trying to be more sustainable, and RFID has a role it can play in that journey to make sure we're not producing too much stock to start with."