A number of factors, including greater efficiency in the repositioning of goods for sale, led the company to sell 56 percent more apparel this year on Black Friday than in 2016.

Dec 20, 2017The Brazilian subsidiary of the Levi's American brand of jeans, shirts, belts, caps and footwear has become the latest adopter of radio frequency identification technology for tracking and inventory control. The successful deployment, carried out by iTag Tecnologia, is already bringing positive results in the first months since deployment during the second half of 2017. 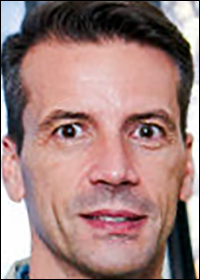 Levi's Brazil decided to test the RFID solution at its own stores, which encompass a total of 78 points of sale throughout the country, primarily because they use the same enterprise resource planning (ERP) system. As such, the implementation has become less complex compared to the other 62 stores, which utilize 12 different ERPs. The first test of the solution occurred this year on Black Friday, when the company accounted for a 56 percent increase in sales compared to last year, thanks to several factors. However, the firm was unable to accurately determine how much of this was due to RFID, says Rui Araújo Silva, the general director of Levi's Brazil.

"One thing is certain: the ability to easily and quickly replace parts on the shelves was one of the determining factors in this success in our store sales growth," Silva says. "We just do not know how much it was thanks to RFID specifically, because we are running a series of improvements in store processes and collection decisions this year, and are also being impacted by a significant improvement in the country's economic scenario." Silva predicts a Christmas season marked by good business this year. 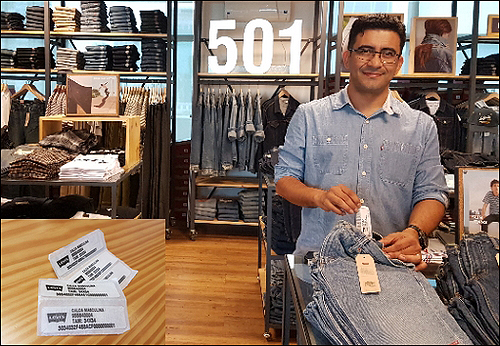 According to Silva, all signs indicate that with RFID, it was possible to more efficiently meet the needs of in-store customers this year than last year. Most likely, he says, had the company not successfully deployed the technology, its sales might have been hampered by an inability to supply points of sale regularly and accurately. This view is shared by Jefferson de Paulo, the director of logistics and distribution at Levi's Brazil, who manages the placement of iTag's EM 4124 tags on all merchandise sold in Brazil—20 percent of which is locally produced, with the rest imported from outside the country. The company currently consumes 50,000 RFID tags per month.

Levi's is using RFID to track products from when they are received at the company's distribution center (DC). This involves the finalization of purchase orders, transfers, shipment to stores and inventory counts upon receipt. The technology is also being used in sales and inventory processes, in addition to an anti-theft solution.

At the DC, where the labels are printed, the test will enable the company to receive goods and finalize purchase orders. Sales invoicing for the multi-brand franchises will also take place at the DC, before goods are transferred to its own stores. The sealed packages are then checked, in order to compare the items within with the invoice of goods. Having RFID tags inserted in all products, the company explains, makes it easier to control inventory and the location of goods.

At the stores, the receipt and counting of goods arriving from the DC are carried out using the RFID solution, along with inventory data from the sales area. Cashiers at the point of checkout also utilize RFID to conduct sales, automatically discard items marked as in stock, and prevent stolen products from being passed through the exit portal. All tags are GS1-compliant. "In the Levi's products, SGTIN-96 / EPC Gen 2 coding is used," says Sérgio Gambim, iTag's CEO. "The SSCC standard will also be used with DataMatrix GS1 for the logistics chain, and EPCIS data for information flow across the entire network." 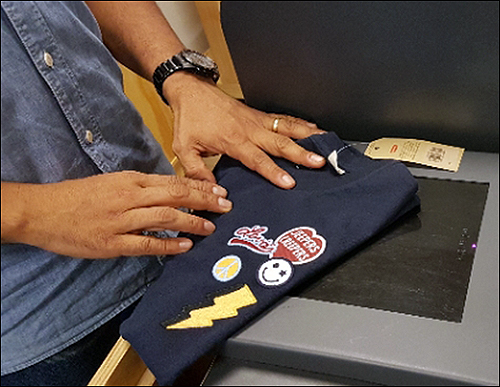 Labels are printed at the DC after products received from Levi's Mexico are counted, or are printed during production in Brazil. To perform printouts, iTag's Iprint middleware checks the quantity of items and powers a SATO CL4NX printer, which produces labels that conform to the GS1 standard. The labeled products are stored in sealed boxes, validated by a goods-receipt RFID portal, and then moved to the warehouse, from which they will later be sent to stores via the company's picking process.

Once the DC receives a request for transfer to a store, the picking process is performed with boxes containing the specific products to be transferred. An RFID reading is performed on the goods following the picking process. ITag's Alert 2.0 software contains transfer information regarding the products to be dispatched. Once the shipment process is finished, the box is sealed and read again so the items contained within can be compared with those listed on the invoice. Once the shipment arrives at the store, the company indicates, the process of reading the sealed box ensures the accuracy of the items read.

For mass or partial counting of stocked goods, Levi's employs Zebra Technologies' RFID 8500 reader, linked to iTag's Android Alert mobile app. In this way, an operator can perform a read and obtain results directly in the application, with information regarding the total or partial product inventory; first-in, first-out (FIFO); rupture; and every item's location.

At Levi's stores, labeled products are displayed in the sales area. Once ready to make a purchase, a customer proceeds to a cashier's counter, where the entire sales process will be performed by the iTag Monitor integrated with Levi's ERP system.

To prevent products from being stolen, iTtag's Anti-Theft 2.0 software validates items at the moment of billing, by recording the invoice numbers of all items purchased. If an item has not been invoiced and the invoice is not recorded, the software will send an alert to a store manager's tablet, via iTag Alert, in the event that a customer attempts to leave the store with an unpurchased product. 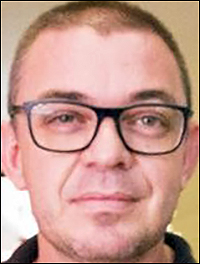 In order for Levi's to assist its clients in controlling inventory, every product code is sent to Levi's EPCIS solution at the time of billing. Levi's auditor, which owns a Zebra 8500 RFID reader linked to the Android iTag Alert application and synchronized with the EPCIS data, will be able to view merchandise displayed in the sales and inventory areas.

For Gambim, the realization of this project represents a special achievement. "It is a great pride for us to be with Levi's in an RFID project," he states. "After all, this is the company that has dominated the market since it created the first jeans in 1853, when Levi Strauss (a native of Bavaria) moved to San Francisco during the era of the gold rush, to open a fabric store."