Is the U.K. Information Superhighway Lagging Behind the Rest of the World?

5G is the future—but the United Kingdom still has a long way to go to become a truly smart country.

Jul 29, 2017Back in 1993, Internet speed was limited to a mere 56 Kps. It took ages to download a single webpage, so streaming music and video was not an option. The situation is very different these days, and in some parts of the world, consumers and businesses can take advantage of Internet speeds of which other countries can only dream. The technology is evolving at a phenomenal speed, but in a few countries, most notably the United Kingdom, telecommunication infrastructure is lagging behind. This could be hampering the rate at which the Internet of Things improves in the country as well.

3G and 4G Connectivity
The majority of countries worldwide have 3G connectivity more than 50 percent of the time. 3G and 4G are now the norm, but download speeds vary considerably, ranging from 41.3 Mbs in South Korea to 2.2 Mbs in Afghanistan. Singapore, Hungary and Australia all enjoy lightning-fast 3G connectivity, but the overall speed in the United Kingdom is only 13.7 Mbs, though this is still better than in the United States, where 3G speeds are only 12.34 Mbs.

Of course, speed isn't the only issue under consideration. It's pointless offering fast 3G speeds if only a fraction of the country has access to the 3G network. South Korea enjoys the fastest 3G network in the world, with 98.5 percent coverage.

The problem with low speeds and poor connectivity is that "things" cannot be reliably connected to the Internet. The United Kingdom needs to up its speeds and coverage if energy and fleet-management companies, for example, are to invest further in the technology.

Wi-Fi Connectivity
In many countries, Wi-Fi provides Internet access just as often as cellular data networks. In the Netherlands, for example, 70.05 percent of users use a Wi-Fi connection to go online. In the United Kingdom, 60.13 percent of the population use Wi-Fi, but at the other end of the scale, those living in Ethiopia only use Wi-Fi 15.5 percent of the time.

The upshot of this data is that it isn't difficult to find a decent 3G, 4G or Wi-Fi connection, but the majority of countries cannot offer reliability and speed. Only South Korea ticks all boxes, which gives it an impressive advantage over countries such as the United Kingdom and the United States.

The Benefits of Super-Fast Broadband
When it comes to mobile data connectivity, the United Kingdom is somewhere in the middle, but when we look closer at broadband Internet connectivity, the U.K. is falling behind other countries at an alarming rate.

Users can accomplish most common smartphone tasks with a 3G or 4G connection, but network coverage can be unreliable, which is why most homes and businesses prefer to use a broadband connection instead. Unfortunately, broadband in the United Kingdom is patchy and unreliable as well. 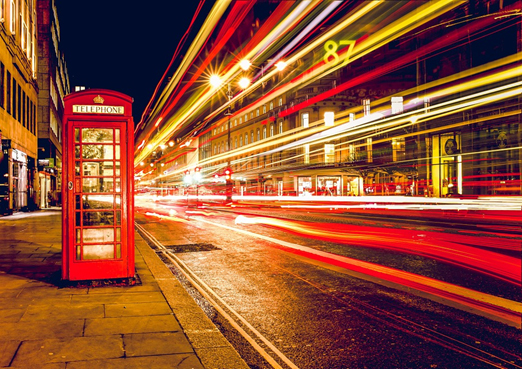 Internet speed is high in U.K. cities, but patchy and slow in rural areas. The issues are caused by underinvestment in key network infrastructure and a lack of forward thinking from the government.

BT Openreach has a monopoly over the infrastructure and cables that run from cabinet exchanges into homes and businesses. Unfortunately, it has failed to update its technology fast enough, and U.K. consumers are now paying the price. Superfast Internet relies on fibre optic cables, but thanks to a chronic lack of investment, fibre tends to stop at exchange cabinets, at which point old copper wiring carries data into homes and businesses.

Implementing fiber-to-the-home (FTTH) would bypass old copper cables, but this upgrade requires massive investment. Openreach is, understandably, not in a rush to spend the money.

In Spain, 62.6 percent of homes and businesses have access to FTTH, but in the United Kingdom, it's a paltry 2.6 percent. Unfortunately, unless the U.K. upgrades its network infrastructure, businesses in that country will be left at a major disadvantage.

If we then look at how this affects the Internet of Things, we can see there is quite a distinct relationship. In areas where Internet connectivity speeds are high and coverage is plentiful, many households have taken advantage of the IoT. Households have smart energy meters and smart televisions, and others have motion-sensing cameras that deliver images to their smartphones, for example. In the more rural areas, this technology is far less frequent as a reliable Internet connection is required in order for the technology to work.

Which Businesses Benefit from Faster Internet Connections?
All businesses can benefit from superfast Internet connections, but it is especially critical for the financial trading markets. Small variances in Internet speed can make an enormous difference when trading online, which is why it isn't unusual for online traders to set up a business as close as possible to an exchange. Superfast Internet allows traders like ETX Capital, who use platforms such as Metatrader 4, to exploit price differences when information is transmitted over the Internet. A few milliseconds of advantage can represent billions of dollars in profit for large traders.

Other businesses, such as fleet-management companies, will also be among those that benefit from faster Internet connections. Being able to track where your vehicles are on the roads and deliver real-time updates to customers is something that could greatly improve this industry. It is possible now in some locations, but when drivers have to make trips to rural areas, the Internet is not reliable enough to sustain the service.

5G Is the Future of Superfast Internet
5G is the future. Right now, most people have 3G and, if they are lucky, 4G, but whereas you might experience 300 Mbs in the United Kingdom if you have access to a great 4G connection, with 5G, we are looking at speeds of 7.5 Gbs to 10 Gbs. Tech giants are working hard to push the technology forward, but the U.K. hasn't got the necessary infrastructure in place to ensure nationwide coverage.

Still, one thing is certain: 5G is not so far away, so for anyone working in an industry such as finance, for which Internet speed is critical to success, and for those hoping to invest further in IoT technology, these are exciting times. To become a truly smart country, though, the United Kingdom still has quite a way to go.

Marcus Turner Jones graduated with a degree in economics from the University of Sheffield before pursuing a career as a market analyst in London. Marcus writes freelance from Buenos Aires with his dog, Luna. He has a keen eye for how the markets influence day-to-day business and enjoys deliberating on these subjects.