A LoRaWAN-based solution being piloted by utility company Caruna, from Digita and Digital Matter, can alert management if snow or ice accumulation create strain on a power line, even in remote locations.

Jun 15, 2022Finnish electricity provider Caruna was among a handful of utility companies that spent last winter assessing an Internet of Things (IoT) solution that tracked weather conditions and their impact on utility lines throughout grids covering remote and mountainous areas. With wireless sensors detecting a potential drag on the lines from ice or snow buildup, the technology is designed to detect a potential problem so the issue can be resolved quickly, before a power line breakage can occur. Caruna plans to build out the technology across a larger percentage of its network for the next winter season.

LoRaWAN technology company Digita Oy released the IoT solution, custom-developed by Digital Matter, to monitor utility line safety by detecting not only the slow effects of ice or snow accumulation on cables, but also the sudden impact of a tree falling across one, says Ari Kuukka, Digita Oy's IoT VP. The device, known as the Industrial Guppy, is designed and manufactured by Digital Matter, with sensors that include a built-in LoRaWAN radio to transmit sensor data. Digita is selling the technology along with its LoRaWAN network, and it can provide data management if customers request it. 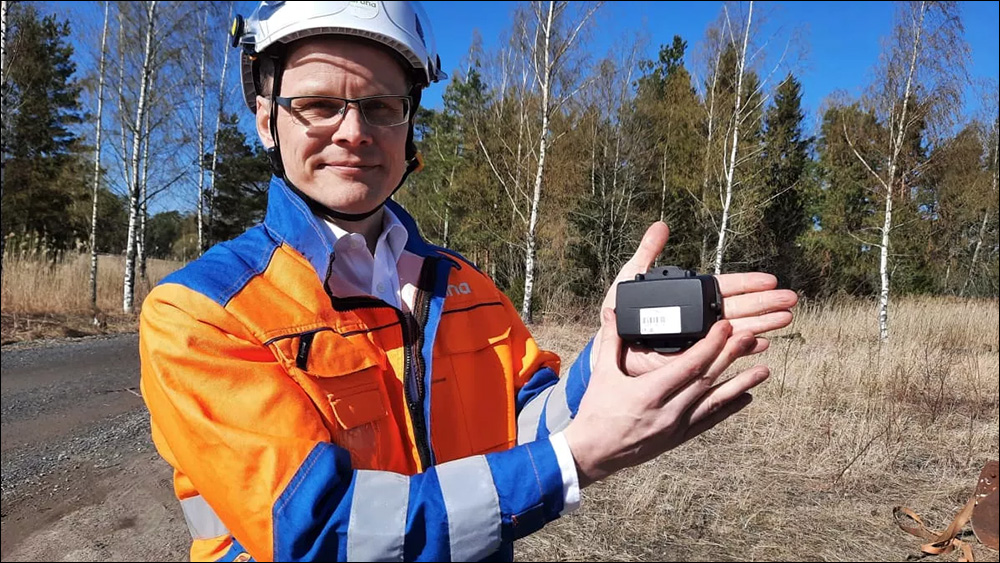 A Solution for Power Distributors Worldwide

Several Finnish electric distribution companies are now expanding their pilots of the system or are preparing permanent deployments. Digita plans to expand the solution to other parts of the world, and it currently seeks partnerships with solution providers or network operators in the United States and abroad.

Each Industrial Guppy comes with a built-in tilt sensor, an accelerometer and a temperature sensor. The system employs its LoRaWAN radio to transmit information related to dangerous levels of snow and ice loads on the lines, based on the sensor measurements. The solution can detect a fallen tree on a line, at which time it would send a real-time alert to the power company regarding a potential breakage.

Digita calls the system "a solution to a million-euro problem." Power lines are subject to dangerous weather, as snow or ice accumulations can put pressure on the lines. The problem takes place over time, often with a very slight drooping of the line at first, and gradually puts further strain that could lead to a break.

Electric utility companies have a lack of insight into these real-time conditions. A large percentage of overhead, electric infrastructure is not monitored, or only periodically, when individuals can drive near or fly over the lines. "Obviously, it's pretty expensive to fly a helicopter through all your network," Kuukka points out. Drones are unrealistic solutions, he says, since they cannot cover the thousands or tens of thousands of kilometers or miles of power lines for which a company might be responsible.

The companies needed an affordable solution, and so they began working with Digita. The firm has been in the broadcasting and connectivity business for a century, providing first radio, then TV broadcast networks. About six years ago, Digita began exploring IoT technology, building a nationwide network of LoRaWAN gateways in Finland. More recently, it began offering full IoT-based solutions, Kuukka says. "It was a natural evolution to offer these solutions," he states. "We were positioned well to explore IoT and LoRaWAN." 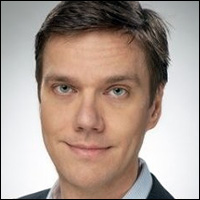 One sector the company serves is utility companies, as it provides wireless connectivity for meters. Thousands of smart water meters throughout Finland use the Digita network, and the company provides smart-city solutions such as for air quality monitoring. For the Industrial Guppy, Kuukka says, the challenge was to provide an affordable device that would offer long-range, accurate data transmission and a long battery life.

To accomplish this goal, Kuukka reports, "We've been working for a couple of years with electricity distribution companies here in Finland, building up an understanding of what are the most critical areas where they would benefit from IoT sensors. There might be some existing solutions, but they are very expensive so the distribution company cannot roll out those to the whole network."

Power lines typically fall into three categories: high-voltage lines that transmit over long distances, regional medium-voltage distribution overhead lines for 20-kilovolt transmission, and low-voltage distribution lines that deliver electricity to homes and businesses. The main interest for the distribution companies, Kuukka says, lies in the medium- and high-voltage lines. These tend to cover vast, often remote land, and the impact of a breakage is significant for customers.

The company built the Industrial Guppy to monitor sags or breakages with the inclinometer and accelerometer, and to link the collected data with temperatures. The information is forwarded to gateways that send it to a server. The Industrial Guppy can be set to transmit once or twice daily, when a change is detected, or at other preset intervals.

Because the transmission is low-power, the battery could last for 10 to 15 years, which was a requirement the utilities required, Kuukka says. Angle changes often occur very slowly, he explains, so the device can be set to transmit once a specific threshold has been reached. If a storm causes heavy winds that blow the line back and forth, that movement could be filtered out by the cloud-based software.

The system can also detect the sudden impact of a tree on a line. While the technology cannot prevent line breakages, it can identify where one has occurred, prompting emergency crews to go to the site quickly. "This data can ensure faster response to such an incident," Kuukka states. "You don't need to send your field personnel to kind of go through the length of the line or try find this place—they know exactly where to go, so this helps the companies more effectively focus field service personnel."

So far, the pilots have proven the technology can detect ice accumulation events. As a result, Kuukka says, several companies are now expanding their pilots. "We've been developing this for about a year," he states. "We are not a hardware company ourselves, so that's why we are partnering with Digital Matter."

There are multiple ways in which businesses can deploy the solution, but the network infrastructure first needs to be in place. Although Finland has complete coverage provided by Digita, other electricity distribution companies could build their own network infrastructure and leverage a private network solution to manage the Industrial Guppy data. There are also choices when it comes to installation.

The sensors can be attached to lines from the ground using long sticks dedicated to line maintenance, or they can be installed from above via helicopter. To accommodate this, Digita offers several kinds of adapters to affix the sensor to the line. These include a metal adapter piece that is screwed into place with a pole, as well as a heavy-duty spring-loaded adapter that works well from overhead. Helicopters could suspend the device over the line and snap it into position.

The sensor could be installed on a live line, so that utilities would not need to schedule a maintenance outage in the power line. This is a critical feature when it comes to installing the system, Kuukka says. "It's not a trivial thing to do an outage for high-voltage transmission lines," he states. "It might take years to be able to arrange that."

Utility companies typically carry out the installation themselves. The sensors do not need to be deployed between every set of poles, Kuukka says. Ice accumulation typically occurs over a wide area, so a single sensor reading can be indicative of a problem across a kilometer or more of area. In the case of a fallen tree impact, the sensors are likely to detect that event even further down a power line. When a tree makes impact with a line, he says, "It's a fairly dramatic event."

While pilots are currently underway in Finland, Digita intends to sell the solution around the globe in the long term. "It's clear that distributor companies have these problems across the world," Kuukka says. "You might not have ice or winter weather in some areas, but you still have storms and landslides and falling trees," as well as forest fires, all of which require response by utility companies. To expand the technology worldwide, he adds, "We're looking for partners in other countries—solution providers who work with the electricity sector already." In addition, Digita is developing its own cloud service for storing and analyzing the sensor data.