How the IoT Is Helping Our Environment

The Internet of Things offers numerous applications and benefits for animals and their surroundings.

Dec 24, 2017The Internet of Things (IoT) has been slowly gaining consumer traction in life-improving technology; wearables and smart-homes are assisting humans with turning on the lights, and also with advanced portable health-monitoring bracelets. But what about the applications and benefits of the IoT for animals and their environments? 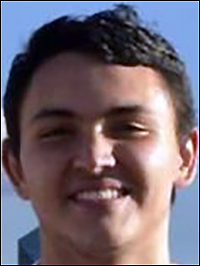 The Iberian Lynx
In Spain, the Iberian lynx is the world's most endangered cat: in 2002, there were fewer than 100 of them in existence. Now, thanks to the efforts of organizations like the World Wildlife Fund (WWF), there are more than 300. Very few people have ever seen an Iberian lynx, but due to camera traps and radio collars, conservationists have the ability to monitor and even name every single lynx.

Where is the value of this IoT data? Researchers are using radio collars connected to the internet to track lynxes that venture into new territories. These GPS trackers assist in poaching prevention and track the travel patterns of these mysterious cats.

The lynx often travels large distances, which exposes it to many risks. In 2014, there were 21 lynxes reported as killed on Spanish roads alone. By tracking these felines, activists are able to limit human-related deaths and other risky conditions where they wander. 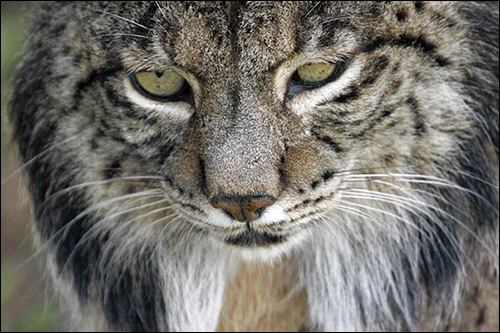 Dungongs in the Philippines
Dugongs, or sea cows, are the only strictly marine herbivorous mammals, and these rare animals are now being photographed by fishermen in the Philippines. The fisherman are providing valuable insight for researchers seeking to preserve the dugongs' existence. Filipino fisherman were taught to use smartphones to upload geo-located images to the cloud using Android smartphones. Smart Earth Network (SEN) and the marine conservation non-profit C3 (Community Centred Conservation) oversee the project.

The images collected by fisherman assist conservationists in isolating dugong population locations, the times of sightings, and migration patterns as the mammals travel and procreate. The Internet of Things has allowed conservationists to ensure appropriate environments for when dugongs are hanging around, and knowing migration patterns has aided in preventing local poaching. 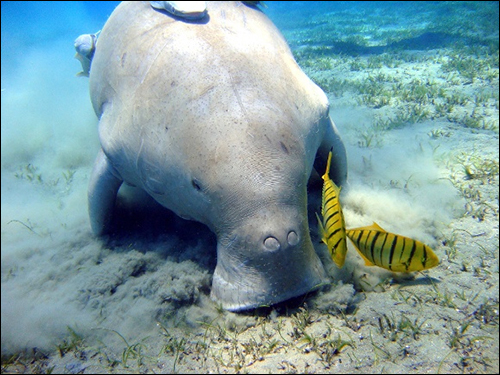 Honey Bees
Australia's Commonwealth Scientific and Industrial Research Organization, CSIRO, has partnered with Brazil's Vale Institute of Technology to drive a pioneering research program to monitor honey bee movements and behaviors in Hobart, Tasmania and the Amazon in Brazil. 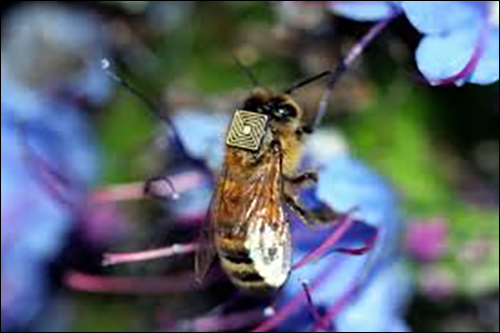 Why, you might ask? CSIRO is finding ways to improve honey bee pollination and productivity while researching the causes of colony collapse disorder (CCD), which affects honey bee populations worldwide and is among the leading causes of hive abandonment by worker bees leaving the hive to die. The partnership between CSIRO and the Vale Institute of Technology is aimed to take this technology to Brazil, allowing them to monitor and compare bees' behaviors in Tasmania and the Amazon.

How are they conducting their test? Up to 5,000 micro radio frequency sensors measuring 2.5 millimeters by 2.5 millimeters are being placed on the backs of bees. These sensors allow for geo-locational modeling and visualization in 3D. The bees' movements and patterns can now be better documented for a more focused understanding of CCD and its leading causes.

"The sensors operate in a similar way to an aeroplane black box flight recorder in that they provide us with vital information about what stress factors impact bee health," said Professor Paulo de Souza, CSIRO's science leader. "Bees are social insects that return to the same point and operate on a very predictable schedule. Any change in their behavior indicates a change in their environment. If we can model their movements, we'll be able to recognize very quickly when their activity shows variation and identify the cause. This will help us understand how to maximize their productivity as well as monitor for any biosecurity risks".

This valuable research helps scientists in several ways:
• To understand what anomalies lead to CCD, while also monitoring for any additional causes of bee deaths en masse
• To achieve impacts around improved biosecurity measures, crop pollination, bee health, food production and other factors
• To find out the duration of bee missions, foraging nectar, pollen or water, the effects of weather and times of resting

Are you curious about how CSIRO tags bees? Here is the answer.

Fighting Illegal Logging
A study conducted by the American Forest & Paper Association concluded that illegal logging depresses world timber prices by an estimated 7 to 16 percent, which equates to $460 million of losses each year to U.S. companies. The World Bank estimates that the global market losses to illegal logging each year are $10 billion; illegal logging accounts for about 50 to 90 percent of all forestry activities in key producer tropical forests, and 15 to 30 percent of wood traded globally. How is the IoT responding to the global abundance of illegal logging? 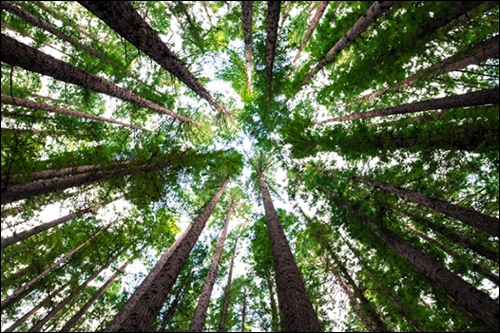 San Francisco startup Rainforest Connection is using recycled cell phones to alerts authorities or villagers to illegal logging in real time. Indonesian rainforests have been devastated by illegal logging operations and Rainforest Connect is using the dud cell phones people do not want and have programed the microphones to detect chainsaws noise up to 1 kilometer away.

That amount of forest would have the same impact on climate change as taking 3,000 cars off the road. When chainsaw noise is detected, an SMS message is sent to a responsible agency to combat the illegal deforestation in real time. With these recycled cell phones retrofitted to solar panels for sustainable power, responses to illegal logging have been slashed to only a few minutes.

Nowadays, many of the Earth's endangered forests are being touched by wireless connection infrastructures, which enables us to use low-cost cellular plans to send data to the cloud. Here you can watch how Rainforest Connection works. The value of this IoT initiative is that activists can act immediately when illegal logging is happening. "It's no more about going out and finding a tree that's been cut. It's not about seeing a tree from a satellite area that's been cut. It's real-time intervention," said Topher White, Rainforest Connection's founder.

Applications in Agriculture
Agriculture accounts for 70 percent of freshwater consumption worldwide. Nevertheless, according to the UN Food and Agriculture Organization (FAO), an astonishing 60 percent of the water diverted or pumped for irrigation. 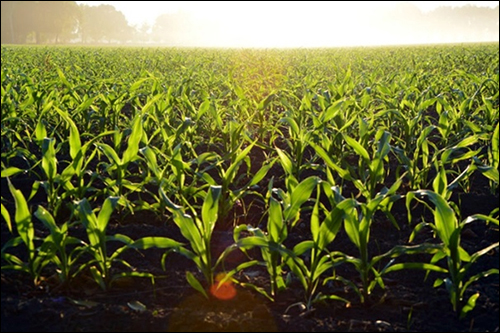 How does the IoT help to optimize freshwater consumption in agriculture? Cropx, an agro-analytics company, is providing farmers with sensors and a mobile app to determine the amount water needed for each part of a field. Here's how it works: Cropx starts by doing a one-time analysis of each field using publicly available data of the soil type and topography to then divide the land in irrigation zones.

After analysis, using a mobile app, the farmers are guided where to deploy their sensors. These sensors are meant to send soil data to the cloud, and the app calculates the optimal amount of water to be used in each zone. As result, farmers using Cropx have reported benefits such as water and energy savings of up to 25 percent, and have also been able to avoid overwatering, which is harmful for crops and can lead to chemical run-off, preventing effects for the environment around.

The IoT Might Be Solving Planned Obsolescence
According to The Economist, Planned obsolescence is a business strategy in which the obsolescence of a product is planned from its conception. This is intended to make customers buy again and again new products or services that manufacturers bring out as replacements for the old ones. Of course, this practice has consequences for the environment since it increases the amount of waste: in Europe, electronic waste (e-waste) is increasing by 3 to 5 percent each year. Some electronics contain toxic substances that could endanger air, water and human health.

One of the most popular examples of planned obsolescence occurred in the 1920s. As technology evolved, light bulbs' lifespans increased, having as consequence a reduction of demand; the more light bulbs lasted, the less customers needed to replace them, which affected suppliers sales. Manufacturers such as Philips, General Electric and Osram gradually lowered light bulbs' lifespans—the industry standard of 2,500 hours in 1924 would eventually drop to only 1,000 hours by 1940. 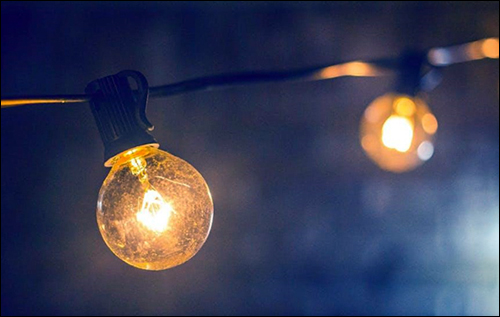 How can the IoT fight back planned obsolescence nowadays? General Electric, for instance, is pushing an Internet of Things service strategy that consists of embedding sensors in different assets in order to tell customers when to schedule maintenance and avoid part failures. Sure, more durable products may translate in a demand reduction of new GE products. But according to William Ruh, GE's VP of software, the company can grow on the services side; instead of making revenues by just producing and selling goods, through IoT data, it can work on machine health monitoring services.

What's Next?
There are several emerging technologies with a promising impact for the environment, like vertical farming, synthetic biology, agbots, closed ecological systems and in vitro meat. However, these are based on the IoT or are not yet scientifically and financially viable. If you don't want to wait for years until these technologies are available, you can start with easily scalable IoT initiatives.

Juan José is an IoT enthusiast. He is currently working on projects for retail analytics through the IoT. Juan enjoys getting lost in a book during the week and playing his acoustic guitar on the weekends.