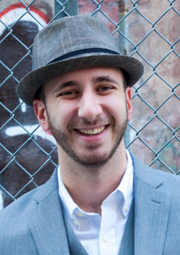 Rob Schlissel is a marketing, advertising, film, music and design enthusiast. His accomplishments include the production of a viral video for AJWS (more than 1 million hits across multiple platforms), reinventing charity: water’s annual charity: ball with RFID-enabled fundraising, and designing a theatrical interpretation of the 150th anniversary of the Battle of Gettysburg for the National Park Service.