Quantum Integration is preparing a shipment of starter bundles for easy Internet of Things development, to enable everyone from students to systems integrators to build IoT systems for homes or businesses.

Nov 20, 2020Hobbyists and students are building their own Internet of Things (IoT)-based solutions using a system from  Quantum Integration. The bundled solution is aimed at those without technical backgrounds who seek smart-home solutions or are building IoT intelligence into gadgets or machines. Using the company's cloud-based Q-Server and its wireless devices that connect to sensors, individuals can build IoT system for everything from lighting controls and lawn sprinkler systems to drones, garage door openers and hand-soap dispensers.

The devices, known as Builder Bases, transmit data from off-the-shelf sensors via Bluetooth connectivity, while the next-generation product is expected to support Bluetooth Low Energy (BLE) 5.0 in order to enable mesh communications between devices. The solution was developed for technology enthusiasts who may not have the technical know-how or time to work with the greater complexities of  Arduino or  Raspberry Pi, according to Michael Barnick, Quantum Integration's president and CEO. 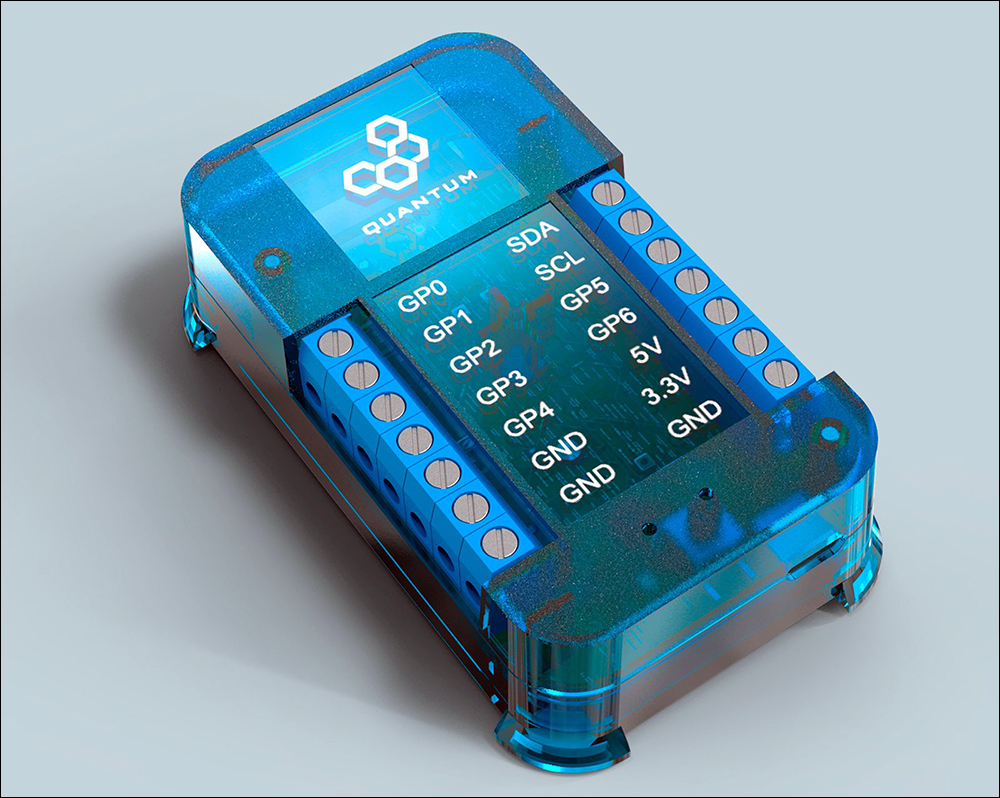 "Communicating wirelessly between Arduinos and Raspberry Pis is very challenging," Barnick explains, "even for experienced engineers." A technology enthusiast himself, Barnick says he wanted to offer a better solution for those seeking to build their own IoT systems. "I found it very difficult to build projects" using the existing technology. Most of the software available was buggy and unsupported." Even with a good knowledge of Unix and C programming, he found it was difficult to build a basic IoT system.

Arduino, an open-source hardware and software system that serves as a basic learning platform for students via a system-on-a-chip, enables users to write a simple programming language. However, Barnick says, the need for programming means that users require some technical savvy. Even if hobbyists design a system for a single solution, such as lighting controls, it becomes more complicated for smart-home solutions if systems need to talk to each other. "The problem that comes in," he states, "is 'How do I tie all these things together?'"

For instance, tying lighting controls with an entertainment system, such as for dimming lights if a movie comes on, or adding a timer to garage door systems so that the doors close five minutes after being opened, adds considerable complexity. "Wireless control of many devices is a huge task," Barnick says, "regardless of any level of programming expertise." Therefore, the company has developed a software platform designed to make such systems easier to build for hobbyists ranging from beginners to engineers. "The goal is to be able to do a project in an afternoon."

The bundle consists of a gateway or "Central Core" unit with a Wi-Fi connection to Quantum's cloud-based server. Builder Base sensor devices transmit data to the core via a Bluetooth connection. First, a user selects off-the-shelf sensors, such as lighting or contact detectors, which can then be plugged into the Builder Base. The user uploads firmware to the Builder Base via the Quantum cloud-based platform on a computer, tablet or smartphone. Users can drag and drop blocks, such as LED on/off switching, to create their own applications. They can also build their own apps and firmware through a graphic user interface and thereby control wireless devices using the cloud-based Quantum IoT platform.

In addition, Barnick says, the technology is aimed at schools. "Formal education is important to us," he states. "Schools are facing challenges meeting the demands of effective STEM classes with currently available products." Some projects are too simple to keep students engaged for long, he notes, while others are too complicated for even teachers to understand and use. "Our platform remains interesting for students from sixth grade through university."

Simple IoT kits for hobbyists have been difficult to come by, Barnick says. Apple, Samsung and Google are offering their own consumer IoT solutions, though he says large companies tend not to create an IoT platform with its own self-supporting business unit. "They quickly lose interest," he claims, "and move on to other ideas to grow their core business."

Additionally, many startup companies take the approach of offering middleware, providing only part of a complete solution, while leaving other developers or their customers to fill in the missing pieces. Quantum Integration hopes to offer an alternative, Barnick says, by providing a continually evolving end-to-end solution of both hardware and software as the company's core business. The Builder Base can control hardware components through 7 GPIO pins and a I2C interface. The number of devices on the system is limited only by the server's processor speed and the Bluetooth protocol. "We expect any installation to easily handle a hundred devices," he states

No programming is required to work with the hardware attached to the Builder Base. The Q-Server provides an interface, by which the user supplies details about what is connected to each pin, and firmware is automatically generated and uploaded to the Builder Base. All Builder Bases currently communicate via Bluetooth. "We will soon have an upgrade to the Q-Server that will support Bluetooth 5.0 to provide meshing and higher data rates," Barnick says, "allowing for very low-cost voice recognition and a nearly unlimited number of sensors and controls."

Applications are developed using an integrated development environment (IDE), a Web application on the Q-Server. This IDE employs a graphic interface similar to a flowchart-creation system. These applications can also contain JavaScript code customized to whatever tasks a user wants. In the future, Barnick says, the company plans to provide sensor products, such as mechanical arms and door contacts, to make deployments easier. "The wireless part is already done for you," he states. "If you can figure your router at home, you're technical enough to manage this system."

Beta testers have already built solutions while trying out the technology on their own projects. The kit is also intended for use by home-automation integrators that could develop custom systems for customers. The Kickstarter campaign, which launched on Sept. 15, offers a discount on products in an effort to get the word out, Barnick says; the Kickstarter price of $149 includes a bundle of Builder Bases, a gateway and software.