The Franchise Entertainment Group kiosks use HF RFID technology and a cellular connection with Canopy software from Banyan Hills Technology to manage approximately 1,300 kiosks at which movies are rented throughout Australia and New Zealand.

Sep 08, 2017When Franchise Entertainment Group (FEG), Australia's largest home entertainment company, prepared its deployment of more than a thousand kiosks for movie rentals, it needed a software platform that would bring management and visibility to every kiosk, from Sydney to Perth and everywhere in between. FEG was transitioning its business from the brick-and-mortar model to kiosks, similar to trends in the United States.

After company principal Ed Nedelko met with Steve Latham, the former CTO at entertainment technology company NCR Corp., Latham began considering solutions. The result was a new company founded by Latham: Banyan Hills Technologies, based in Atlanta, Ga. Banyan Hills offers an Internet of Things (IoT) platform that captures and manages data from kiosks and other devices, and enables companies to have visibility into those units, no matter where in the world they are located. 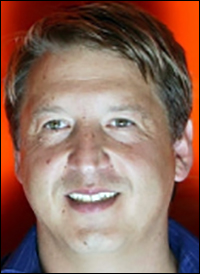 The first application for Banyan Hills' software platform, known as Canopy, was FEG's RFID-enabled movie-dispensing kiosks. The kiosks, which FEG purchased from a variety of vendors, include 13.56 MHz high-frequency (HF) RFID readers compliant with the ISO 15693 standard. The readers capture the unique ID numbers of adhesive RFID tags attached to the disks, each of which is linked, in the Canopy software, with a particular movie or program title.

FEG, Australia's largest home entertainment company, operates such brands as Blockbuster, Video Ezy and EzyDVD. The firm had spent years watching the movie rental business evolve, Nedelko says, including the closing of brick-and-mortal retail locations, first in the United States and then in Australia. He says he began to realize that there needed to be a more automated delivery system for movies in Australia and New Zealand, as well as in Southeast Asian countries, that would serve as an alternative to all digital rental services, such as Netflix. 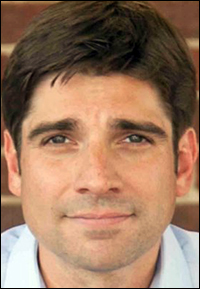 Nedelko was able to acquire the 4-foot by 6-foot boxes that could contain approximately 900 DVDs, with built-in credit-card point-of-sale (POS) interfaces, cellular connections and RFID readers. However, he says, finding the right software platform that could help him manage those kiosks around the world proved more challenging. Most software companies had little understanding of the entertainment industry, Nedelko explains. For that reason, he approached Latham, then adopted the Canopy solution.

About three years ago, the two began deploying the kiosks with the Canopy IoT software at such retail locations as supermarkets across Australia and New Zealand, and beyond. FEG currently has between 1,100 and 1,400 kiosks in place, with long-term plans to increase that number to 2,500.

Here's how the system works: An individual wishing to rent a movie presents his or her credit card to the machine. Once the account is approved, that person can make a movie selection. The box's internal robotics dispense that movie by reading the RFID tag's ID number to confirm which movie is being provided. The company can then charge the individual for that specific movie, and he or she can return it to the box when finished.

The Canopy system enables the company to track not only each kiosk's inventory, but also how often the machine has been used, how often specific movies have been rented and which movies are not being rented at all. It can then conduct a variety of analytics. For instance, because Canopy's management console software, hosted on a cloud-based server, displays each purchase transaction, it knows how often the POS mechanisms are used, and can thus identify when they will require maintenance or replacement.

The RFID data enables the company to view how often movies or TV shows are rented at each location, when and on which days this occurs, and which disks are most popular at a specific site. Banyan Hills already uses its own analytics to predict the popularity of a specific film or show; for instance, if a newly released movie is part of a series, it can use the sales of previous films in that series to determine how many disks should be stocked in the kiosk. That data can be compared against reviews for the particular movie and, over time, the actual rate of rental at each kiosk.

The kiosk itself uses the Canopy software to determine which movies are most commonly requested, Latham explains. "When a machine is idle," he states, "it can detect that and reshuffle the disks," moving the most popular titles closest to the dispensing unit. This reduces the amount of time someone renting movies will have to wait, Nedelko says, and also provides a better customer experience and the ability to serve more customers, thereby increasing revenue per kiosk.

FEG can run daily reports from Canopy, as well as schedule recurring reports, in order to gain insight into how the kiosks perform over time. "I get reports every morning" related to kiosk rentals, Nedelko says, "and I can look at every kiosk in real time." The firm has operators on staff who can watch the software results in real time and immediately identify if a mechanical problem causes a kiosk to not properly dispense movies. It can then attempt to correct the problem remotely from a location in China, or forward the issue to local personnel, who could physically visit the kiosk. "Every kiosk has its own heartbeat," Nedelko says, and the Canopy system "keeps those kiosks alive."

According to Nedelko, the greatest challenge now, several years after the technology was deployed, involves working with the vast amount of data the kiosks can collect. He plans to continue deploying kiosks, while experimenting with the analytics provided by Canopy.

For Banyan Hills, the FEG deployment is just the beginning. The company offers the Canopy software for a variety of self-service technology devices, including kiosks, vending machines, digital signage and unattended retail devices, such as mobile POS systems. This includes users far beyond the retail industry, including those in the sports and entertainment sectors.