With a solution from Haco RFID, the company has reduced the cost of inventory counts, while improving its business processes using GS1 standards.

Jan 11, 2022Grupo Cristina, a Brazilian textiles company in the babies and juveniles segment, distributes its branded products in Brazil, Europe, the Middle East, Africa and the Americas. The company says it has reduced the cost of taking inventory counts, as well as improving its business processes, using a radio frequency identification solution implemented by  Haco RFID, which follows  GS1's standards.

The company is located in Blumenau, in the Brazilian state of Santa Catarina. It had previously implemented an RFID solution at its factory store, with the goal of expanding the technology's use to its entire network. The project was exclusive to the retail process, though it could be replicated with customers that do not necessarily have factories.

Before the RFID implementation, the company needed four employees dedicated to counting more than 20,000 items in stock for its inventory operations, which took two or three days. With Haco's technology, the company reports, the factory store can now count goods with an accuracy rate close to 100 percent—which is much higher than that of manual counting—and with only a single worker, requiring a maximum of two hours. In addition, the firm eliminated invoices errors, while avoiding rework in other business processes.

The equipment being deployed comprises a handheld  Acura TLS BTL-1000 reader, a  Votu antenna and an Acura Acupad50 reader. The tags are provided by Haco RFID, with an inlay encapsulated in each reusable fabric tag. Approximately 20,000 tags have been deployed to date, each with a standard inlay containing an  Impinj Monza R6 chip. 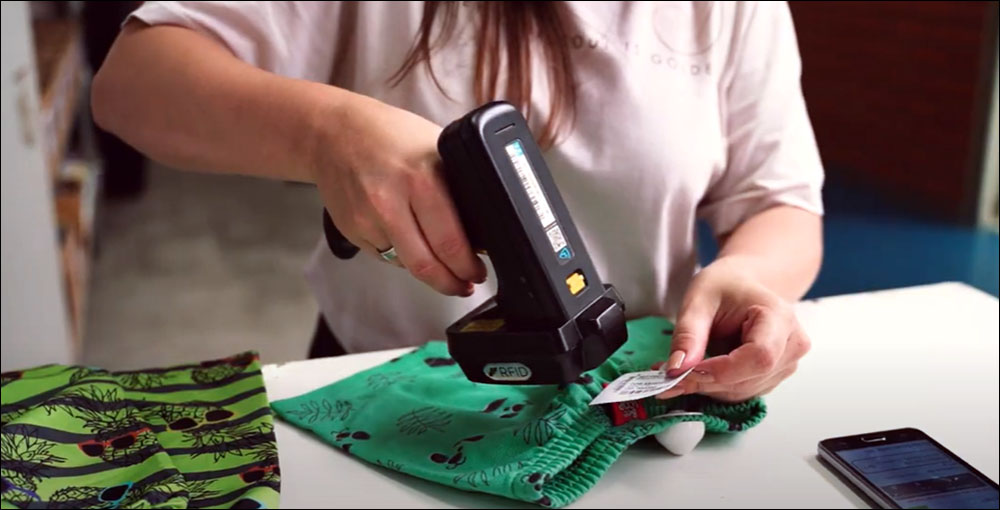 Before the RFID deployment, inventory had to be counted manually via barcodes, which took around three days with a staff of four to six employees and resulted in numerous errors. According to international studies, barcode inventory counts do not exceed an accuracy of 86 percent. The entry of goods had to be carried out at the checkout counter, with sales halted so items could be scanned one at a time. Invoices arriving with the wrong items listed resulted in inconvenience and a need to make corrections. In addition, locating items within a 20,000-piece store was cumbersome and not always feasible.

With RFID, Grupo Cristina reports, inventory counts are now completed within 50 minutes by a single worker with a high degree of accuracy, making it possible for the company to carry out weekly counts. The entry of goods can now be accomplished at the front of the store within only a few minutes. All invoices arrive 100 percent correct, since RFID reading on the back end identifies if any items are missing, and all corrections are made before goods are sent to the store.

Now, an item can be located within a few minutes using the RFID reader at the store to pinpoint the exact style and size a customer requests. To achieve perfect RFID reads, Haco carried out a site survey to identify which inlays best suited the company's needs, due to the large volume of goods and their proximity to each other on the shelves. The solution chosen was a reusable tag that could be attached to the magnetic anti-theft system the company already had in place.

The middleware, developed by Votu, monitors every invoice issued to the store, associating the "from/to" data for each stock-keeping unit (SKU) with an Electronic Product Code from GS1. The software also commissions the RFID tags, reading each SKU received on the invoice, with tag recording and verification. The RFID system allows for the confirmation of each invoice after the complete reading of products, and the information is then integrated with a business-management system from  Linx ERP, using a cloud-based database. 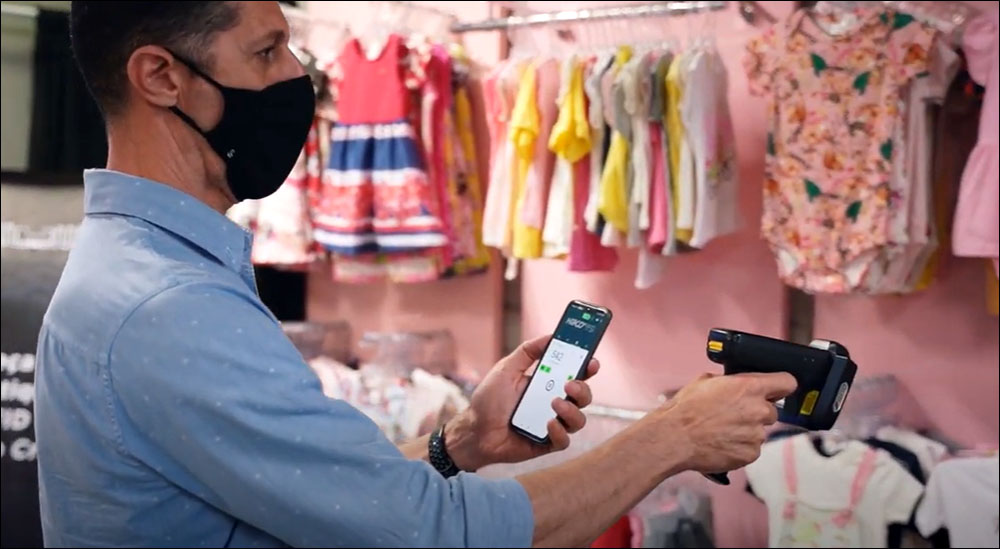 In addition to counting inventory and generating a report, the tags enabled the company to locate unassociated items—those listed in the system but not found onsite, as well as those found onsite but not listed in the system. What's more, the RFID solution allows Grupo Cristina to check invoices at the store counter for the entry of goods already checked and associated, using tags applied at the distribution center.

Haco RFID oversaw the project, mapped out the process, designed how the solution would work, brought in development partners, developed special tags for Grupo Cristina and coordinated each step, including the application of tags on goods. A relationship spanning many years between the two companies was fundamental to this implementation.

According to Grupo Cristina, the switch to RFID required some adaptations, though the project was mapped out to have the least possible impact on the way the store operated. Thus, the implementation was a fluid one and did not require technical training or major changes. In fact, the store's front work was made easier. Now, the company reports, its processes are an improvement over the previous format and were achieved in such a way that the store's routines were minimally impacted—and those that were became easier and more practical.