More than a dozen automakers, suppliers, logistics companies, research institutes and IT firms are working on both a standardized use of RFID technology, and data exchange within the network.

Jul 11, 2011A consortium of roughly 20 automobile manufacturers, suppliers, logistics firms, research institutes and IT and software companies is testing the use of radio frequency identification in production and logistics processes within Germany's automotive industry, as part of the RFID-based Automotive Network (RAN) project.

Participating car manufacturers, such as Daimler, BMW and Opel, will pilot RFID applications and share their results with project members. Daimler's use case involves tagging production containers to track them between two countries. BMW will monitor containers as they move between the automaker's facilities and suppliers along the production chain. And Opel intends to test the continuous use of RFID—during vehicle manufacturing and logistics, as well as by dealers and repair shops and, ultimately, by the consumers who purchase the company's vehicles. 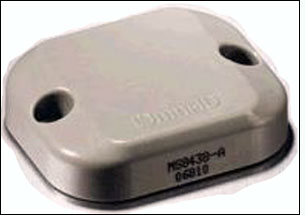 Daimler is using Omni-ID's Max SQ tag on shipments of car engines to factories in the United States.

Supported by Germany's Federal Ministry of Economics and Technology, the companies are working together to kick-start the implementation of RFID within the German automotive industry. RAN is one of 12 projects in that nation's federally funded Autonomik technology program, which focuses on autonomous and simulation-based systems for midsize German businesses.

During the course of the three-year project, participants and sponsors will invest more than €45 million ($63 million) to develop standards for the automotive industry that will optimize RFID's use and implementation. A second goal is to help participating companies improve internal processes, such as reducing the number of bar-code readings required during car production and handling. Finally, consortium members aim to develop a database concept of standardized event-based production and logistics information that will provide partners with real- or near-real-time information regarding the locations of goods, as well as their production status, using a standardized data-exchange platform. Related software programs will be utilized to process that data so it can be used to improve process control.

A year and a half into the project, the partners have decided to employ EPC Gen 2 passive ultrahigh-frequency (UHF) RFID tags, and are considering whether they will also use other types of tags as well. In addition, they are establishing an "information broker" data-exchange system based on EPCglobal's Electronic Product Code Information Services (EPCIS) standards at each partner's facilities, with a centrally controlled system that will help optimize processes.

"The EPCIS repositories are the foundation of the information-broker system, which will consists of a central functionality that provides services, such as a discovery service and authentication, as well as supporting systems that help to control processes efficiently," says Michael Patocka, the RAN project's leader, and a manager of RFID-based processes at Daimler's Group Research and Advanced Engineering division. "The repositories will provide companies with access to the event information of their partners."

Across the industry, Patocka says, automakers have implemented a wide variety of RFID solutions for production and logistics, though most of these applications operate independently of each other. The RAN project's goal is to create value by sharing RFID-collected data with partners across the supply chain.

"At all the OEMs, you'll find solutions that were built up as individual applications," Patocka states. "You'll rarely see a large RFID project."

According to Patocka, another goal of the RAN project is to keep tagging costs low so that companies in the automotive sector can implement RFID on a wide-scale basis. To that end, the Bremer Institut für Produktion und Logistik (BIBA), a German research organization, is testing tags and tag placement for the Daimler-led use case and others, while reader manufacturer Mojix is providing interrogators for the BLG-led yard-management application, as well as for Daimler's long process chain tracking use case. According to Patocka, that use case marks the first time that Mojix readers will be utilized in the automotive industry.


Daimler's primary test application involves tracking metal carriers for motors as they are moved from Stuttgart and Berlin and are then transported by land and sea to production and assembly locations in Tuscaloosa, Ala. Daimler began tagging 20,000 of the carriers in May of this year. Each carrier measures roughly 2 meters by 1 meter by 1 meter (6.6 feet by 3.3 feet by 3.3 feet) in size, and holds three motors. According to Patocka, this use case employs Omni-ID's Max SQ tag, which features a special housing to shield it from interference with metal.

Daimler is affixing two tags to each carrier in Stuttgart. During the pilot, the tags will be read by Mojix readers set up at the Stuttgart site, as the carriers are loaded into shipping containers via a forklift. The record of which carriers were loaded into which containers will be shared with supply chain partners via the software, based on an EPCIS structure. Those same partners will then make their data available regarding such things as a container's location at a particular time, as well as its expected arrival time.

When the motors arrive at their intended destination in Tuscaloosa, their RFID tags will be interrogated once again as the containers are moved past RFID gates set up at that location. The gates are assembled by Daimler using RFID components provided by several companies, Patocka says, including readers and antennas from Intermec.

The goal of this use-case project is to speed up material flow across borders, companies and plants in order to use fewer carriers in the long run. Currently, Patocka says, the transfer from Germany to the United States takes roughly four weeks. If fewer carriers were necessary, he explains, Daimler could save on the carriers' purchase and maintenance costs for future car models, and speed up the production processes of its vehicles via greater transparency along the supply chain.


BMW is leading a use-case project focused on tracking the movements of containers as they are transported from one partner to the next throughout production. Together with Deutsche Post DHL Market Research & Innovation GmbH, the automaker will monitor containers as they enter and exit BMW's facilities in order to track parts inventories. The data captured will also be used for process planning and optimization.

According to Patocka, the partners will install RFID readers at BMW, as well as at DHL sites, and will share data regarding the production and logistics processes. Within RAN, the use-case project's goal is to create and illustrate a standard for implementing RFID and exchanging data between partners in the automotive industry.

"Transparency and control in the automotive supply chain are two very important goals to us," says Patocka.