More than 60 Percent of Manufacturers to Use RTLS, RFID or Bar-Code Tracking By 2022, Says Zebra Technologies

The company's "2017 Manufacturing Vision Study" found that more than half of all manufacturers plan to implement automated location-tracking systems during the next five years, and that the use of passive RFID will reach nearly half.

Jul 31, 2017Industrial Internet of Things technology use—including radio frequency identification or real-time location-based systems (RTLS)—is expected to grow beyond the halfway point throughout the next five years, according to a study conducted by technology company Zebra Technologies. The manufacturing survey was intended to forecast connected-factory deployments during that span of time. Approximately 64 percent of manufacturers participating in the study said they expect to be connected via RTLS, RFID or bar codes by 2022—up 20 percent from the 43 percent currently using technology in this way.

The study, known as the "2017 Manufacturing Vision Study," focused on a five-year outlook for the manufacturing industry as a whole. Respondents were asked about their potential and existing uses of mobile technologies, such as smartphones and tablets, voice directions and recognition, wearable technologies, and s location tracking via RFID and RTLS—the latter category including active RFID and Bluetooth Low Energy (BLE). 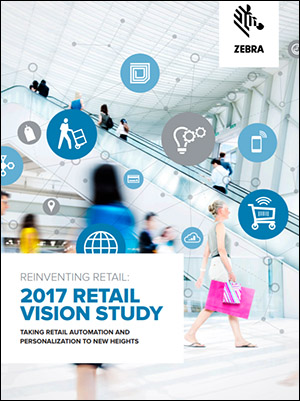 The survey respondents included 1,100 North American, Latin American, European and Asia-Pacific managers who authorize or influence the purchase of relevant manufacturing technologies. The interviews were conducted by Peerless Insights. The online study spanned the first quarter of 2017, across a wide range of business segments, including automotive, high-tech, food and beverage, tobacco and pharmaceuticals, says Jim Hilton, Zebra's global principal for manufacturing, transportation and logistics.

Of those participating in the study, 64 percent said location tracking was a core focus for their business, with plans to use RFID and real-time location systems or bar codes. By 2022, 54 percent of surveyed European manufacturers plan to use RTLS technology alone to collect critical data regarding assets, including location, stage and condition. Additionally, 51 percent of surveyed Latin American manufacturers and 48 percent of Asia-Pacific manufacturers plan to use passive RFID to optimize production of work in progress (WIP) by 2022.

Another key finding from the survey was that manufacturers across all sectors and geographical regions appear to have some faith that the technology will provide them with greater quality assurance. That, Hilton says, can be surmised from the responses to several questions. The majority of those surveyed indicated quality assurance as their highest current concern, while looking ahead to 2022, only 34 percent expected quality assurance to be their greatest priority. The implication, he adds, is that they expect technology to properly address quality concerns for their finished products by that time.

The majority already using the technology indicated that they are leveraging it to manage the status of products after assembly and through inspections or quality assurance, in order to pinpoint any imperfections. That helps manufacturers compete in an increasingly globalized market, in which customer demands include more product variation while customer complaints can be more damaging than ever, simply because they can have such a wide audience via social networks.

The study also found that use of technology is not just being determined based on return on investment calculations. Rather, it is also being measured by the long-term quality benefits it can provide. 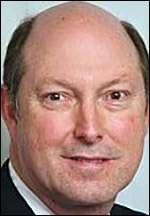 RFID and RTLS technologies can help to automate quality assurance by providing visibility to each step of the manufacturing process on a plant floor. If every product is uniquely identified and then located at every step (or some steps) of the production line, the manufacturing process can be better managed, bottlenecks can be eliminated and a history of each product's assembly can be collected.

When it comes to passive RFID, 37 percent of respondents said they are already using the technology. By 2022, 48 percent expect to be doing so. Of those already using RFID, 41 percent indicated that they will maintain the level of technology deployment they presently have, while 49 percent said they will expand their usage. The study also found that 23 percent of those surveyed expect to increase production visibility with 10 or more passive RFID gates or read points to identify products.

In addition, more than 50 percent of respondents said they plan to implement RTLS technology for real-time tracking by 2022. Twenty-eight percent intend to adopt real-time monitoring of goods across their entire manufacturing process, up from the current 7 percent.

The findings confirm that manufacturers are familiar with, and understand, the benefits of RFID and RTLS technologies. "The movement has been methodical," Hilton states, "and we expected that. The world has figured out the mystery of what needs to be done," and is now moving beyond the learning phase to consider financing or other challenges for implementation.

On an anecdotal level, Hilton says, he has been surprised at the practical interest in RTLS and RFID from manufacturers, and by the solutions they are considering. Companies are no longer only looking into RFID technology for tracking inventory and WIP, but also to solve a vast array of challenges. One example Hilton cites is the use of RFID on passenger blankets by airlines to detect, in real time, when the blankets leave an aircraft, so that a passenger can be stopped and the blanket retrieved before it can be removed. "The fear of the unknown is just not there anymore," he states.

The greatest expected growth in connected manufacturing is in the automotive sector, as well as food and beverages, Hilton says. Regionally, Europe and North America have taken the lead in adoptions.

Zebra is leveraging the results of the survey and applying them to its research and development efforts. The company plans to continue creating technology that facilitates industrial IoT systems, he says, adding, "We will continue to listen to the IIoT needs of our customers and the marketplace at large to help create smarter organizations through greater insight."