Oct 28, 2016Many retailers that are just learning about RFID ask about the cost of the tag. Some even say they can't adopt the technology until tag prices come down. It's an odd position because tag cost is not a key driver of a retailer's return on investment.

RFID Journal has created an RFID Apparel Retail ROI Calculator to help retailers determine what their potential ROI might be. Of course, the calculator can't cover every benefit of an RFID deployment. For example, it doesn't allot any payback for RFID's help in supporting an omnichannel strategy by ensuring items are in stock when systems say they are in stock, and reducing the amount of time store associates spend locating items purchased online for pickup in store. 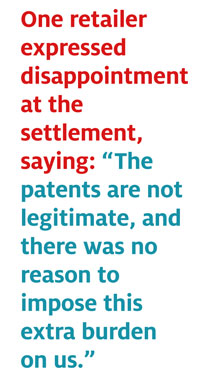 The calculator focuses on one key benefit RFID can deliver—higher margins—by ensuring that more items are sold at or near full price. When items sit in the back of the store instead of being displayed on the shelves, customers can't find them and they often have to be marked down later.

The base model in our calculator assumes a 4 percent increase in margin per store due to the improved inventory accuracy RFID delivers. It also assumes a 1 percent increase in incremental sales from items that are replenished in a more timely way. Is this reasonable? We think it is conservative.

Now, look at what happens if just three more items are sold at full price, four more at $70 and two more at $60. The result is an additional $300 in revenue (4 percent), all of which is reflected in the profits.

In the fictional example we provide in our calculator, XYZ Apparel has 10,000 items on the floor and 5,000 items in the back of the store, and does three inventory turns annually. Its average unit selling price is $30, with an average margin of 52 percent. The company needs to buy 45,000 tags a year for this store, assuming suppliers aren't tagging at the source. Given a tag cost of 20 cents, the retailer can expect to get a return on investment in 12 months, based on our assumptions. 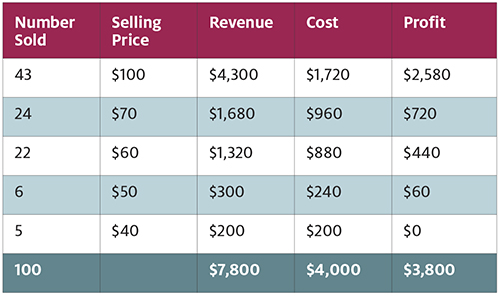 What drives the ROI? The improvement in the overall profit margin of the store. If the margin improves by 5 percent instead of 4 percent, because more items are sold at or near full price, the ROI drops from 12 months (with a tag cost of 20 cents) to 10 months. If the store's profit margin goes up by 6 percent, the ROI is achieved in eight months.

An even bigger driver is the value of your goods and the margin you make on them. Let's say tags cost 20 cents, the improvement in average margin for the store is 4 percent, but instead of an average selling price of $30 with a 52 percent average margin, your average selling price is $100 with the same margin. You get a payback on your RFID system in just four months.

Download the Apparel Retail ROI Calculator and conduct what-if scenarios to discover for yourself how RFID can deliver a huge benefit to your company.