Chipsafer has completed two African pilots of its LoRa technology-powered system to locate cattle on large ranches and track their behavior; similar pilots in Europe, South America and Australia are ongoing.

Oct 03, 2017Uruguayan startup Chipsafer has completed two pilots of an Internet of Things (IoT)-based solution to track the activities of beef livestock and prevent cattle rustling. The system employs long-range (LoRa) and LoRa wide-area network (LoRaWAN) technology from Semtech, as well as Chipsafer's wireless sensors worn by cattle. The solution is intended to help ranchers understand cattle behavior and detect a problem, such as a cow being removed from a ranch or falling ill, when they attach Chipsafer's wireless sensor transmitters to the animals. While the two pilots—one carried out in Namibia, the other in Kenya—are complete, similar ongoing pilots are under way in Brazil, Uruguay, Luxembourg, the Netherlands and Australia.

According to the company, the system is designed to provide a low-cost solution for tracking animals in ranch environments in which RFID or other wireless sensor devices would not be able to interrogate tags. Victoria Alonsoperez, a Uruguayan electronics and telecommunication engineer and entrepreneur who co-invented Chipsafer and founded the company, refers to the technology as the "Internet of Cows." 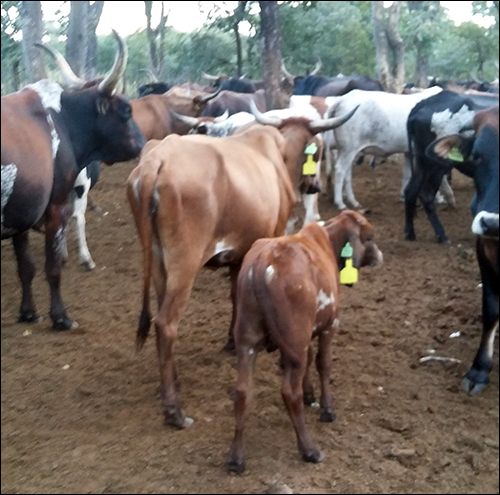 Alonsoperez got an early start in technology development. In 2001, at the age of 12, she was inspired by the outbreak of foot-and-mouth disease in Uruguay to seek a wireless technology to track cow movements, thereby enabling farmers to know where their livestock has been and when an infected cow might have been in contact with other animals. In 2012, she developed the product that she calls Chipsafer while working as a teaching associate at the International Space University. 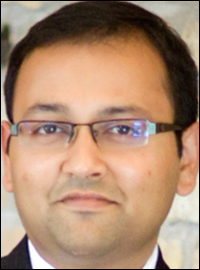 In 2015, when LoRa was released, Alonsoperez redeveloped the system to transmit via LoRa networks. LoRa is an alternative to Wi-Fi or cellular transmissions and has a longer range than active RFID, so it doesn't require as many readers in an area such as a cattle ranch. In fact, LoRa transmitters can communicate with a LoRaWAN gateway at a distance of up to 13 kilometers (8.1 miles).

Semtech, a provider of mixed-signal semiconductors, developed LoRa for long-range reads in environments in which infrequent data transmissions are most common. The company achieved early success with LoRa technology for water and gas meter management in Asia, says Vivek Mohan, the director of Semtech's Wireless and Sensing Products Group, and has since expanded to other applications, including the Chipsafer livestock-management solution and smart-city applications.

Beef cattle ranching poses unique technology challenges, Alonsoperez says. While dairy cattle typically pass through a confined area twice daily for milking, beef cattle can stray across a wide range with less regimented movement. Therefore, RFID technology is less likely to capture the tag ID of every animal on a regular basis under such circumstances. Wi-Fi, active RFID and cellular systems can be expensive, she notes, and networks are not always available in remote areas. For that reason, she adds, LoRa provided a solution.

In 2016, Alonsoperez began testing the LoRa technology and seeking investors to fund its commercialization. With the Chipsafer solution, she explains, ranchers know where the animals are and can receive alerts if behavior occurs outside of acceptable perimeters.

"Cattle theft is a huge issue" in Latin America and Africa, Alonsoperez states. "Other farmers are looking for changes of movement," rather than the potential loss of a cow. For instance, she adds, "They want to track whether a pattern is broken," such as expected movement of cows or congregation in specific areas. Although Chipsafer was initially a hardware company that developed the tracking and sensor device, she says, the company is now testing the system as a complete solution to capture and interpret cattle behavior and manage that data for ranchers on a cloud-based server. According to Alonsoperez, several veterinarians and computer scientists are currently working on algorithms to determine what kinds of data can be collected. 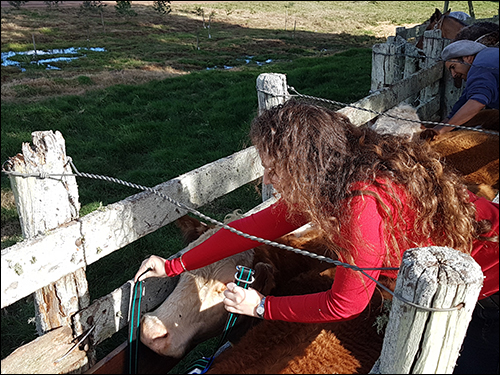 In a typical installation, a Chipsafer device is attached to each cow, either as an ear tag or as a collar. The device comes with a built-in GPS node, an accelerometer and a temperature sensor to track the ambient temperature around the animal. It is energized via a solar-powered battery. Gateways installed around a ranch receive transmission data and forward that information via a cellular signal.

The system collects data that could be used for purposes far beyond real-time movement, Alonsoperez says. "We collect enough data about each cow in the software that we could manage its whole history," she states. "In the future, this information could be provided to the end consumer," along with a record of the entire life and health history of a particular animal, when beef is purchased.

The farms testing the technology worked with Chipsafer to set up geo-located zones that define where cattle are allowed to roam. The software can be programmed to detect if an expected pattern of movement is broken, Alonsoperez says, which could indicate a problem. For example, if an animal is found to have been motionless for a long period of time, that could indicate that it might be ill.

In Luxemburg and Africa, the gateways leverage satellite networks from SES, since those areas lack 3G or 4G cellular coverage. During an earlier pilot, at a site in Brazil, the gateways used a Wi-Fi connection.

The Kenya project took place on a wildlife preserve in which the managers wanted to ensure that livestock would remain safe from rustlers. The system enabled them to know, in real time, if someone attempted to remove an animal, by sending them an alert. Alonsoperez says the wildlife preserve's management has been able to examine the data and not only view where all animals are located, but also notice unusual behavior and dispatch personnel to a specific animal when needed. 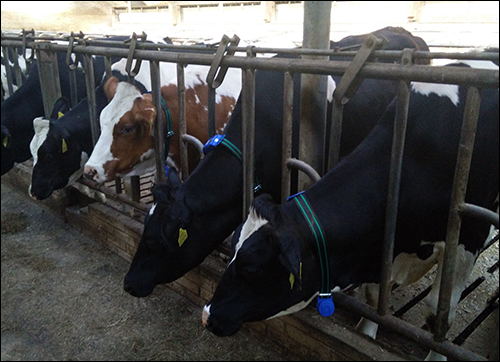 A farm in Namibia and a ranch in Luxembourg have both tested the technology to better understand the movement patterns of cattle, in order to comprehend their conditions and behavior. In all three pilots, Alonsoperez reports, approximately 50 animals were tracked from April until July of this year. Chipsafer installed two or three gateways at most locations to provide a level of redundancy. She says the system could identify the location of a tagged cow within about 20 meters (65.6 feet).

Typically, Mohan says, a LoRa gateway can manage data from up to about 10,000 sensors and handle a million transmissions daily. A single gateway, he explains, could manage around 10,000 acres, while larger ranches could add additional gateways. Typical rural deployments have gateways spaced anywhere from 6 kilometers to 15 kilometers apart, he says, "and data from sensors is received by all gateways within its range." Users can then add gateways as needed to scale up network capacity.

"Our next step is to manufacture the devices in bulk," Alonsoperez says, adding that she hopes Chipsafer can reduce the cost of the devices as they are mass-produced. The company declines to name a specific price for the devices since cost varies according to volume. She says the firm has received many requests from farmers to trial or deploy the technology.