Jul 30, 2018When soccer fans attended this summer's 2018 FIFA World Cup in the Russian Federation, they employed HF RFID technology to enter each ticketed event, and Near Field Communication (NFC) to access targeted information regarding games and teams. For those who bought the Telstar 18, Adidas's official World Cup soccer ball, NFC came home with them as a way to engage with Adidas, view the locations of other ball users and access more information about their favorite players and teams.

In both applications, the tags were powered by NXP Semiconductors' chips. HID Global tags in game tickets transmitted data to readers at the stadiums, while Smartrac inlays were embedded in each soccer ball. 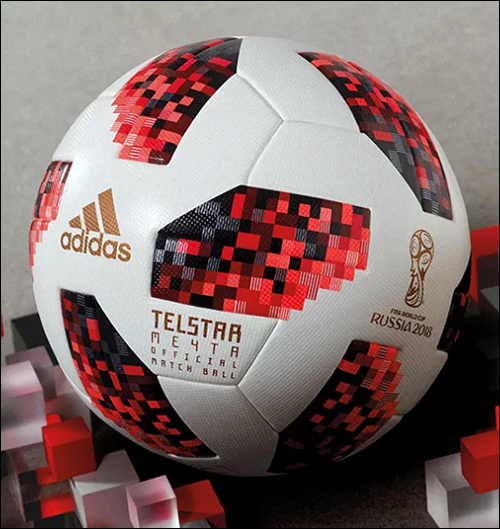 The event, held in 11 cities from June 14 to July 15, took place at 12 World Cup stadiums and required an NFC-enabled ticket read for access to each game. As part of the HID Global ticketing system, guests purchased an RFID paper ticket for each game, using an NXP 13.56 MHz MIFARE Ultralight EV1 RFID chip compliant with the ISO 15693 standard. The ticket not only made access to the stadium faster and more efficient, but also helped prevent the risk of counterfeits, says Christoph Zwahlen, NXP's global marketing manager for access management. Additionally, HID Global provides its tag encryption and Key Management System (KNS) to prevent fake RFID-enabled tickets from accessing the stadium.

The World Cup already has a history with RFID technology. In fact, HF RFID tags were first built into tickets for the 2006 World Cup, but were then omitted for ticketing at the 2010 South Africa event, at which time FIFA saw an increase in the rate of counterfeits and gray-market ticket sales. For that reason, RFID was re-introduced at the 2014 event in Brazil.

Upon arriving for each game, fans presented their HID Global contactless tickets as they entered the stadium's outer perimeter, by tapping the ticket next to a reader, thereby validating its authenticity before they were permitted to enter. At the stadium entrance (the inner perimeter), they presented the ticket to another fixed RFID reader to gain access to the seating area. If they downloaded the FIFA app on their Android- or iOS-based devices, the users could view such content as directions to the stadium and schedule updates.

Once a ticket holder used his or her RFID ticket to enter the stadium, FIFA was able to collect data indicating that specific ticket holder had arrived onsite. The technology also could be used for in-stadium purchases at food kiosks or souvenir stores.

RFID also had a presence in merchandise in the form of NFC. Telstar 18, the World Cup's official ball, was named after a 1962 satellite known as Telstar 1. The ball was designed and is being sold by Adidas, a FIFA partner and official supplier. The Telstar satellite has significance to the World Cup because it enabled, for the first time, worldwide broadcast of the 1970 event. This year, the company reports, that same spirit of global connectivity was reflected in the Telstar 18, with NFC technology so that users could interact with the ball from anywhere around the world.

The ball is intended to solve a challenge created by online shopping trends, in which consumer engagement with specific brands is more difficult since online retailers and social media often make suggestions for consumers about purchases, says Alexander Rensink, NXP's business-segment manager. For instance, Amazon's Alexa smart speaker, or various social-media sites, target consumers with products that they determine are the best selection for that consumer, leaving the brand out of the discussion. "Having NFC in a product opens up channels for brands that lead directly to the consumer," Rensink says.

The ball was used by players, and was also available for purchase by fans. When someone buys the ball, that individual can tap his or her mobile phone—either Android- or iOS-based—near the ball to be automatically connected to content and information from Adidas that is exclusive to those using that ball. The content includes information about the ball itself, as well as access to challenges that users can enter to compete with others around the world. 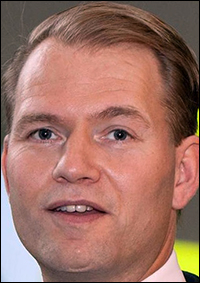 At the same time, Adidas can collect data about the ball's location when its NFC tag is read, based on the GPS location of the phone being used, and can then share that location data with other users. Adidas is selling the ball online, and while the company has not released sales numbers, there are more than 100,000 ball users presently participating in the program.

The ball comes with a Smartrac Circus Flex inlay equipped with an NXP NTAG IC. The tag's thin structure and flexibility allow it to be directly embedded into balls like the Telstar 18, as well as jerseys, jackets and footwear, says Karin Fabri, Smartrac's senior VP and head of corporate marketing and communications. The tag is intended to sustain home washing and drying cycles when embedded in clothing, but in the case of the Telstar 18, it needed to be able to withstand the impact of kicks to the ball, even if a player were to kick the spot where the tag is embedded.

"Of course, stress factors for NFC inlays are very high on a playing field," Fabri says, especially when professionals are kicking the ball, so the greatest challenge lies in the protection of the IC area. "In this case," she explains, "we are using a special 'glop-top' seal, which shields the IC and its connection to the antenna." Building the tag into the ball required precise optimization of the glop-top process, material and dimensions.

"Extensive tests have confirmed that Circus Flex is resistant to practically any stress imaginable," Fabri states. The tag was embedded at the point of manufacture by Adidas. "Today," she adds, "the inlays are also being utilized in Adidas footwear, such as the Adidas Made For [AM4] shoes," which are delivered from Adidas's Speedfactory.