How can companies ensure that their Internet of Things technologies are sustainable and effective, work seamlessly, and create a return on investment?

Jan 21, 2018The Internet of Things (IoT) is no foreign topic to CIOs, IT professionals and developers in the software world. Gartner research has reported that more than 6.4 billion devices are currently connected, and according to our 2017 "Technology and the Human Condition" survey report, 72 percent of respondents believe all electronics will have an IP address by 2050. The IoT is quickly gaining widespread adoption due to its power to help businesses become more efficient, solve tough internal challenges and reduce labor costs by thousands of dollars.

In our experience analyzing, consulting and building IoT infrastructure, we've uncovered a few things that contribute to a more successful product that saves time, costs and support headaches. Here are four strategies companies should implement to ensure that their IoT systems are sustainable and effective, work seamlessly, and create an ROI. 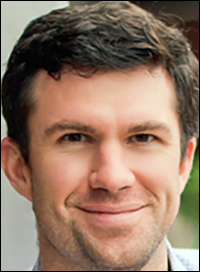 Combine Teams Early and Often
There are several components of an IoT system, and each requires a different set of skills and teams. These teams are often divided into three buckets—software, hardware and product—and each usually works in its own way. For example, it's common for a software team to work in an agile environment, but less so for a hardware team. To have a successful product, it's important that all three teams work together from planning through testing and execution.

If the three teams are not on the same page from the beginning, features that one team must implement that depend on features from another team can become difficult, have suboptimal solutions or be impossible to execute. In order to avoid this, each team must be mindful of the other team's process and constraints. The project needs strong technical leadership that understands how teams can successfully work together to build an efficient product.

However, if the value has not changed, we've wasted precious CPU cycles and network bandwidth. These wasted resources add up to a significant amount as the number of devices increases. One way to solve this is to move some of the logic onto the connected device to free up considerable resources at the point at which they are the most constrained. This increases the speed of the overall system without bogging it down with needless operations.

While this process might not serve up the most updated values, the system is designed to eventually get the most accurate information. In many scenarios, values change infrequently enough that approximate data is good enough and eventually will become accurate anyway. Likewise, for values that can change during the amount of time it takes to retrieve them, you will never receive real-time readings. One way to reduce this burden from the system involves catching device data on the server and defaulting the reading from that cache. When implemented, this strategy can reduce the amount of data that needs to be transmitted, which speeds up the system and minimizes data cost.

Plan for Dealing With System Pressure from the Very Beginning
In a distributed system, there will always be failures and downtime. When systems are interdependent and one part goes down, work can start to queue up, and it can either take a long time to be processed or become so taxing on the system that it will never be processed. Usually, when the system recognizes it's struggling, each component will halt operations. This typically means batching operations all together and waiting to emit those combined operations once the system has stabilized.

If a catastrophic event occurs that affects thousands of devices at once, mass reconnections add severe loads to the system. These loads can be so severe that it can take down the entire system again, creating a scenario from which it is impossible to recover. To avoid this situation, connected devices need to limit their aggression when reconnecting. The accepted best practice is to program connected devices to use a randomized exponential backoff strategy. When a device loses its connection to the server, it waits a random period of time before reconnecting. If it still cannot reconnect, the device continuously increases the amount of time it waits before trying again. This gives the system time to recover and avoids a catastrophic failure.

IoT systems are built to minimize the cost to control a device and also give the user increased visibility into the way it operates so he or she can take appropriate action. By applying each of these techniques, IoT systems have exponential power and opportunity to transform how your business operates, how you communicate with clients and how well these components work together.

Joe Conway is the founder and CEO of stable|kernel. He has worked with Fortune 500 companies, technology startups and government entities to build mobile platforms, enhance existing applications and develop mobile strategies. His team of developers at stable|kernel takes clients from strategy through design, development and deployment, ensuring timely delivery of the highest quality apps. Most recently, Joe led his team in the creation of Aqueduct for Dart, a server-side framework for Google's Dart. Before founding stable|kernel, Joe was a board member and lead iOS software engineer and instructor at Big Nerd Ranch. In 2012, he won the Jolt Productivity Award, presented annually to showcase products that have jolted the industry with their significance and made the task of creating software faster, easier and more efficient.