The Bluetooth devices will allow users at the music and film festival to see who is on stage or which film is showing at their location, while enabling them to link up with people of interest within their vicinity.

Mar 03, 2015This year's South by Southwest (SXSW) festival will feature one of the largest Bluetooth Low Energy (BLE) beacon deployments ever carried out for an event—with 1,000 beacons installed at approximately 276 venues throughout the city of Austin, Texas. Unlike many BLE solutions that focus on providing promotional data with a goal of prompting sales of consumer products, this one has a primary purpose of connecting users with information about what they see at their location, as well as connecting attendees with each other.

SXSW, a music, film and interactive (Internet-based content and applications) festival and conference that takes place throughout Austin for several days each March, has been growing annually. Last year's event included 2,200 performers and bands performing on more than 100 stages, as well as 145 feature films. It attracts up to 20,000 registered attendees. 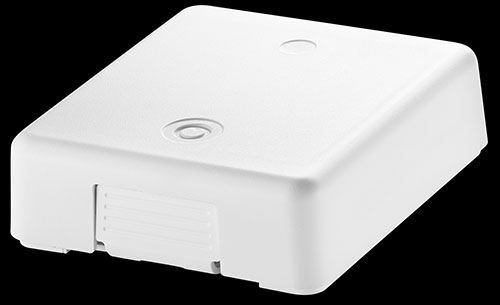 The beacon installation follows a much smaller trial conducted during last year's SXSW show, at which 40 beacons were deployed at the registration area where attendees provide a Quickcode in order to receive their badge (which serves as a ticket for access to SXSW events), as well as in several session rooms. Mobile app developer Eventbase provides the platform on which the new SXSW GO app is built, with functionality that will let a user locate nearby people of interest, as well as receive invitations to join discussions as that individual arrives at sessions, and bus information at the shuttle stops.

SXSW will soon begin installing Gimbal Bluetooth beacons at each of the event's venues, such as at each stage where bands perform, as well as in session rooms and some open areas, according to Scott Wilcox, SXSW's director of technology. The beacons' installation and configuration are being provided by Austin Internet connectivity company RightRound.

The SXSW GO app has been offered for several years to help event attendees navigate through the various performances and exhibits, as well as network with others at the show. For instance, the app offers a list of bands playing at specific times at each location, as well as movie locations and times. With the GO app, users could also look up who else was attending, based on a variety of categories, including shared interests or their employers.

But with beacon technology added to the GO app, says Jeff Sinclair, a co-founder of Eventbase, which provided the content and platform for the app, that data could be made available to users at the most relevant times—for instance, while they are standing in front of a stage, or in a session room where a person of interest happens to be present as well.

SXSW trialed the 40 Gimbal Series 21 beacons in 2014, Wilcox says, in order to determine whether the technology could be used to push data to show participants at the times when they would need it most, and whether that pushed information served a purpose to recipients. At the registration area, for instance, attendees had to queue up to receive their badges and be admitted into the show. To do this, they must present registration personnel with a Quickcode number that they received when purchasing a badge online. They can then present the number that they either printed at home, or received in the form of an e-mail on their smartphone. However, those with the GO app running on an iPhone with Bluetooth functionality activated (in 2014, the beacon functionality was only available in the iOS version of the app) could receive a push notification asking if they would like to view their Quickcode number, which they could then simply show to the registration staff.

In several sessions rooms, arriving guests who had Bluetooth turned on and the app downloaded received an invitation to join that session's online chat room, in which participants could share their responses or thoughts about the topic in real time. They could also review a list of other attendees in the room at that time. 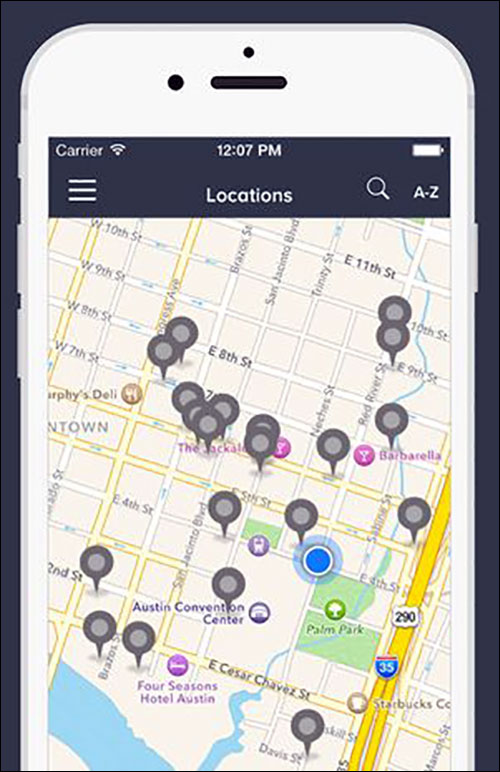 This year, when an individual arrives at the venue, the SXSW GO app running on that person's phone receives the unique ID transmitted by each beacon, which then links the attendee to that location and pushes relevant content to his or her phone.

The beacon trial was successful, Wilcox says—participants indicated that they liked receiving the push notifications—and, based on that response, SXSW and Eventbase are implementing a solution this year involving 1,000 beacons. The new beacon-based version of the app was released today, and is available at the iTunes and Google Play websites.

"South By Southwest has always been about discovery: new bands, new technologies and also discovering new people," Wilcox states. The focus, he notes, is networking, so that those in attendance will leave with new connections made at the event.

The beacon system provides several features. The primary one, known as Around Me, is intended to take networking one step further than the previous app—which simply invited people to connect via the app electronically—did. Upon installing the app on his smartphone, an individual will have the opportunity to input personal information that he would like to share with other attendees. This could include his hobbies, music interests or profession. The guest could also indicate what kinds of people are of interest to him, view a list of all other individuals who had purchased badges and downloaded the app, and select anyone on the list that he would like to meet. He could then mark those people of interest as "favorites."

This year, when an individual arrives at the venue, the SXSW GO app running on that person's phone receives the unique ID number transmitted by each beacon, which then links that visitor to that specific location and pushes relevant content to her phone. For instance, if she had created a list of favorites that included someone else who is within range of the beacon at that same time, the app will send her a notification listing that attendee's name on top, as well as the names of all other individuals within the beacon's vicinity. The data includes a picture so that she can identify the person visually.

Around Me can also be used simply to identify a band playing at one of the venues. An attendee can not only see the name of the musician or group to which he is listening, but also view a list of other bands that will be playing on that stage throughout the remainder of the day.

Additionally, the app can carry out its own "Attendee Matching" function, in which, based on an individual's profile of profession and interests, it will recommend someone else in the vicinity who may be of interest.

With the Session Live function (which debuted in 2014), an individual whose phone has BLE functionality enabled can receive notifications upon entering the room of a specific program, inviting that person to join a related online chat, and listing others in the room.

The beacons also provide push notifications for those awaiting shuttles to take them from one venue to another in a different part of town. When a user's phone receives a transmission from a beacon at a shuttle stop, the phone transmits that data to the app, which then captures the most recent bus location data, based on each vehicle's GPS unit, and sends a notification to that individual indicating when the next bus is expected to arrive.

"People today are already hyper-connected; they want to experience digital as well as physical connections," Wilcox says. "With the beacons, we can tell them who's here." This, he adds, "will increase the value for those who attend. Our main goal is to enhance the visitor experience."