The company has released its latest chip for use in challenging environments, including those in which tightly packed, fast-moving tagged products travel on a conveyor or are stored on high shelving in distribution centers.

Jul 11, 2022With an eye toward rounding out its family of E-series integrated circuits (ICs) and creating greater versatility in its reader solutions, Impinj has released its E910 UHF (RAIN) RFID reader chip for use in high-volume tag settings, such as on conveyor belts and with high-bay warehouse rack systems. The new chip will enable device manufacturers to build readers with high-end functionality that includes improved read sensitivity for fast-moving goods, says Jeff Dossett, Impinj's chief revenue officer.

The chip offers -94 decibels per milliwatt (dBm)—a measurement for signal strength read sensitivity—which Impinj claims is the highest sensitivity of reader chips available. It is smaller and uses less power than other ICs in the company's previous-generation Indy family of products, and it includes software and pin-compatible designs with the E-series family to make development faster and easier for a variety of price and performance readers. Impinj's new R515 reader reference design uses the E910 IC, Dossett says. 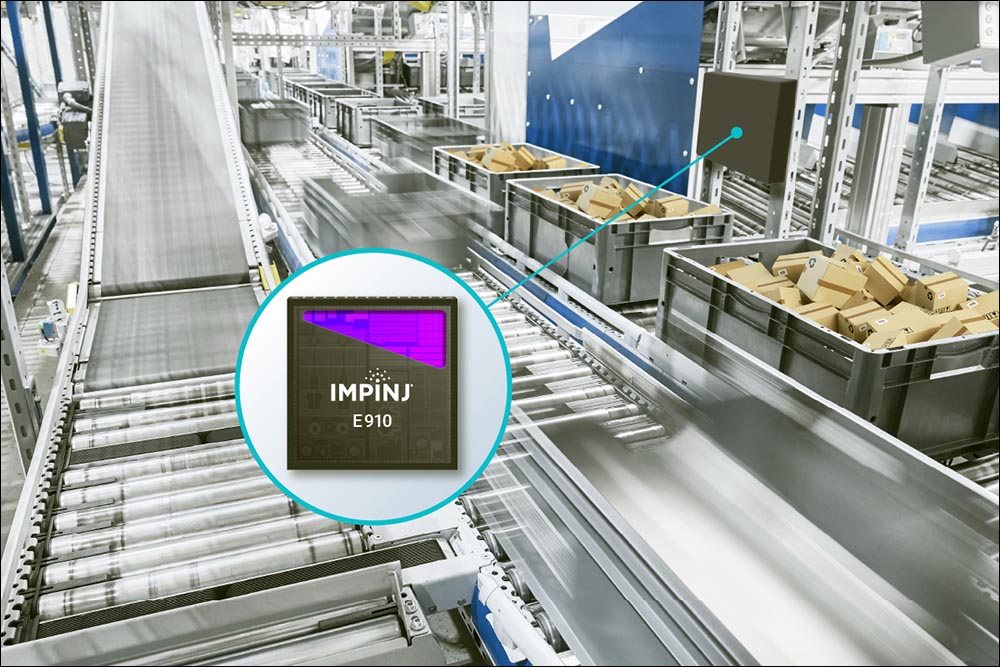 Impinj's E910 reader chip is designed for use in high-volume tag settings, such as on conveyor belts and with high-bay warehouse rack systems.

Previous ICs released in the E-series family include the E310, E510 and E710 (see New Reader Chips to Offer Higher Performance, Flexibility), each of which includes an integrated transceiver, a modem and a microcontroller built into the single IC. Released this summer, the E910 it is the most performant of the family, Dossett reports, and is designed for the most demanding RFID applications. When included with the other E-series products, he adds, "It really unlocks the creativity and innovation of the partner ecosystem to create a very diverse set of reading solutions."

According to Dossett, that has been a mission for Impinj as the company builds products for current and future readers. Its prior-generation Indy reader chip provides RFID read functionality for a swath of reading applications. However, he says, the E-series family was designed to power the next generation of reading solutions, to address the diverse challenges customers and partners face. While the firm continues to sell its Indy chips, it expects its customers to migrate to the E-series line for the flexibility it will offer.

All E-series products offer 80 percent smaller system designs than those of the Indy and similar reader chips, Dossett says, as well as 50 percent lower power consumption, and all come with software- and pin-compatible designs to facilitate deployments and upgrades. "So if [a device manufacturer] is designing a particular reading solution," he states, "they can select any one or multiple E family reader ICs to power a range of readers for specific enterprise and customer requirements."

While UHF RFID has been adopted throughout supply chains and in retail environments, there are still locations and applications for which the technology does not work reliably enough to be effective. The demand for RFID-based data is growing, Impinj notes, at the same time that challenges are growing. While companies are building RFID reading solutions related to tracking cartons, totes or individual items moving along conveyor belts, for instance, the belts themselves are getting faster and the density of products placed on them is increasing. 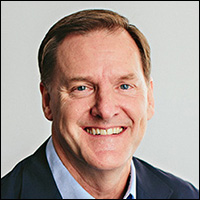 What's more, readers cannot always be installed directly above or beside these belts. "I think some of the most demanding applications that we've encountered in the market are fast-moving, high-density items that need to be read from farther away," Dossett says. Thus far, some companies have been unable to deploy RFID in such environments, or they have done so with unsatisfying results. "People have hoped to be able to integrate RAIN [RFID] into those most challenging applications," he says, "to get those extra read points throughout their production process or supply chain."

The E910 is designed to be sensitive and small enough to fit into crowded and complex environments, according to Impinj. It measures 6 millimeters by 6 millimeters (0.24 inch by 0.24 inch) and includes self-jammer cancellation, RFI front-end and power regulation, in addition to a modem and a microcontroller. This improved performance, the company explains, will make the E910 its highest-priced E-series chip.

The IC can typically accomplish up to a thousand tag reads per second, says Sri Sridharan, Impinj's senior director of product management. That read rate is matched only by the E710, while the E710's read sensitivity is -88 dBm, as opposed to the E910's -94 dBm. Both the E710 and E910 offer 12 different reader modes, a feature which enables users to adjust the read rate, sensitivity and resilience to interference according to a given application's needs.

"It really depends on what your application requirements are," Sridharan says, "but the range of options is wide." For example, he adds, users can "adjust read rate for range depending on what reader mode you select." However, if solution providers need to extend the range by increasing the power transmitted from reader to tag, a more sensitive reader will be required to pick up tags' backscatter energy. For Impinj, he says, the point is flexibility. Solution providers can select among the tags according to each application's requirements. 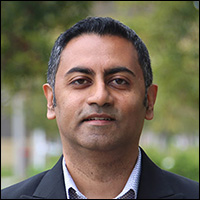 In the case of high-speed conveyor reading, the E910 is intended to provide visibility into goods that travel within dense environments and at fast speeds. A fixed or handheld reader could view, for instance, when goods have completed production, are received at a distribution center or are being packed according to a customer's order. Solution providers are increasingly delivering such solutions to customers as the supply chain has become more complex, Impinj notes, and as consumer demands have required faster delivery.

One key challenge the E910 is designed to address is the management of goods within warehouses. Some DCs feature increasingly complex and large rack systems, often with goods stacked on high shelving so far above the floor level that standard RFID readers cannot reliably capture tag IDs of the products on the highest shelves. With the latest IC, Impinj notes, readers can be designed with sufficient sensitivity to capture those tag reads. Reader manufacturers or solution providers can then build on top of that technology to meet the needs of sophisticated applications.

A new feature of the E910 is the release of a developer tool known as the R515 reader reference design. Partners have been asking for such a tool to make development faster, Dossett says. The objective is to make it easier for them to get to market as quickly as possible with a highly performant fixed reading solution. The reference design includes documentation and engineering drawings that help IoT device manufacturers maximize the capabilities of the E910 reader chip in their readers, Sridharan adds.

End-user adoption is likely across numerous industries, Impinj predicts, from retail to automotive and aerospace. The company expects applications to include the tracking of airline baggage and automotive parts, as well as apparel supply chain management.   Readers using the chip will include forklift-mounted models, as well as handhelds or fixed devices for use at production sites. "I think there's an endless number of enterprise needs that would benefit from RAIN [RFID] reader solutions built upon one member of the E family," Dossett states.

The E910 is commercially available now, Dossett reports, and several solution providers have been testing the new chip and building it into products throughout the past year. "We do have partners that are actively in design with the Impinj E910 today," he says.