Conjuring Up a Low-Cost Reader

Jun 03, 2002June 3, 2002 - Everyone talks about the cost of RFID tags. The market will only take off, the experts say, when tags get down to 5 cents. Very few people talk about the cost of RFID readers. But if radio frequency identification is ever going to replace bar codes, then readers are going to have to be cheap. The Auto-ID Center's goal is about $100 when produced in significant volumes. 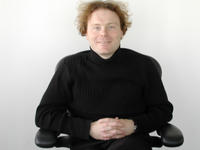 To make that possible, the center turned to a small technology services firm based in Cambridge, Mass, called ThingMagic. The company was founded in 2000 by five graduates of MIT. The founders have a few things in common. They are brilliant engineers. They all did work at MIT's famed Media Lab. And they all see a future in which devices, appliances and everyday objects will be designed with embedded intelligence.

"We are at the very edge of the networked world, where the atoms become part of the network," says Bernd Schoner, managing partner at ThingMagic. "The company develops intelligent devices that are inexpensive and can be deployed in large quantities."

RFID has been a primary area of the company's research because it fits ThingMagic's general focus and because all of the founders had a lot of exposure to RFID as part of their academic research. And RFID is often the most effective way to add intelligence to objects cheaply.

About a year ago, the company was approached by the Auto-ID Center to design a novel reader that would read tags at more than one frequency using open protocols. Schoner and his team went to work in their lab and cooked up a new agile reader that can read tags at 900 MHz (ultra high frequency) and 13.56 MHz (high frequency).

RFID readers communicate with tags by sending out electromagnetic waves. When the waves from the reader's antenna hit the coiled antenna of the passive RFID tag, it creates a magnetic field. The passive tag (one with no battery to power the circuits) draws enough electricity from the field to run the circuitry and send information stored on the tag's microchip back to the reader.

Other companies have been able to create multi-frequency readers by essentially putting two readers into the same box. ThingMagic has achieved a high degree of integration on the analog front end. It uses one digital signal processor from Texas Instruments to convert the analog signals at both frequencies. "They key is to do as much as possible in the digital domain because you can use the same hardware across the different bands," says Schoner.


ThingMagic's reader also features a sophisticated networking capability on the backend. The company developed a hardware platform, based on Motorola's DragonBall processor (which is used in many handheld computers), that it calls Bamboo. The hardware runs a version of Linux, the free, open source operating system, specifically designed for small devices.

The embedded Linux server provides the TCP/IP interface so that readers can be strung together. Each has its own IP address and acts like a computer on a corporate network. That gives the reader the ability to interface with a standard browser, or with Savant, enterprise software developed by the Auto-ID Center. (Savants will basically manage the vast amounts of data coming from readers so existing networks and databases aren't overloaded.)

One key benefit from this design is that readers can be upgraded remotely over the network. Retailers may install thousands of readers or even tens of thousands. The readers may be in place for ten years or more, and retailers don't want to have to reprogram each one when a new tag is introduced or a new protocol adopted.

"There will be a lot of movement on the tag side," says Schoner. "A key feature of our design is that we can download new firmware whenever it is needed so the reader can talk to new tags."

How much will the readers cost to manufacture? Schoner says the only way to tell how close the company is to the target is to look at other devices of similar complexity and see how much they cost. He points out that a typical 802.11b access point, which enables a wireless handheld or laptop computer to connect to a network, is similar in complexity and sells for a little more than $100. So ThingMagic is in the ballpark.

Later this year, the field test will enter phase three – putting low-cost tags from a startup called Alien Technology on individual items and tracking them from the time of production until they are purchased by consumers. ThingMagic will submit its design specification for the agile reader to the Auto-ID Center's technology board at a general meeting in mid-June. When the final spec is approved, ThingMagic will produce 100 units that operate at both 900 MHz and 13.56 MHz for the field test.


ThingMagic's role at the Auto-ID Center is unusual. It is a member, and it is also working as a paid contractor. Any electronics manufacturer that wants to can use the company's design under license from Auto-ID Center. Which means ThingMagic has essentially given up its core intellectual property, something a traditional manufacture would be loath to do.

But Schoner is not concerned. He says ThingMagic retains the rights to Bamboo, the Linux hardware platform. ThingMagic will continue to develop software for the readers. And it can improve upon its own hardware design and either license the technology or manufacture the readers itself. Schoner says he and his cofounders are trying to figure out how best to leverage its work.

"We're evaluating a number of models, including straight licensing of our technology to manufacturers that would like to offer an RFID reader," he says. "On the other hand, we could manufacturer the design ourselves. We will probably work with a manufacturer, but we won't give up control of the design."

Why doesn't ThingMagic have any competition? One reason is traditional electronics companies don't want to create a reader based on open specifications and protocols because the readers will be a commodity. The margins on commodities are typically very low. Schoner, however, doesn't see this as a problem.

"We're working with the Auto-ID Center because it is promoting an open standard," he says. "We want to create a very large system. There has to be competition. That is crucial for equipping the supply chain with RFID."

Schoner says that initially, companies may order only a few thousand readers. But he points out that Wal-Mart, an Auto-ID Center sponsor, has some 2,600 facilities in the U.S. that may require hundreds or thousands of readers each. At that volume, the readers may cost only $100 to produce. And beyond that, there is the possibility of equipping other multinational retail chains as the supply chain converts from bar codes to RFID.

Established manufacturers may not think there's money to be made here. But given how aggressively companies like Wal-Mart and Procter & Gamble are pursuing RFID supply chain initiatives, it's hard to see how that could be.