Grand Coulee Dam is managing its weapons and other sensitive equipment with a wireless system that identifies which officer checked out which items, when this occurred, and how many times they fired a weapon, thereby ensuring proper maintenance.

Mar 31, 2020Washington State hydroelectric power provider Grand Coulee Dam has deployed a wireless technology solution to manage the weapons and equipment that are accessed from its armory, as well as other sensitive assets as they move around or out of the facility. The system enables the dam to view which personnel have which assets, when they acquired them and when each was returned. In addition, the technology determines each weapon's lift history and how often each was fired, so that the dam can automatically track when its barrel may require maintenance or replacement. The technology, known as Armory 20/20, uses RuBee active tags and was provided by Visible Assets, Inc. (VAI).

Grand Coulee Dam, located on the Columbia River and operated by the U.S. Bureau of Reclamation, generates power for Washington State, as well as much of the west coast of the United States. It is, in fact, the highest-capacity electric power producing facility in the country. The dam's security is critical to the department, and is guarded by a fleet of armed security officials who use equipment that is stored at the dam's armory. 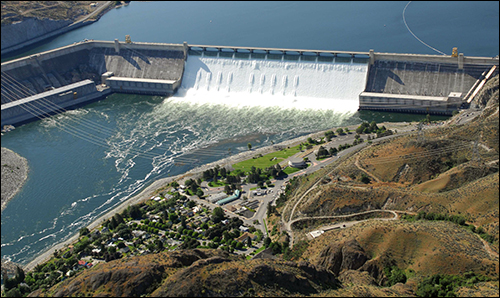 Traditionally, the armory employed a purely manual method to protect and manage the assets. Officers would arrive for their shift and report to an armory official to borrow the equipment they need for that shift. Information regarding who was using which assets, as well as when and for how long, was then recorded on paper.

In January of this year, the dam installed the RuBee-based system to gain real-time visibility of its weapons, and to make the process of checking them in and out more automatic and error-proof. This past spring, it expanded the solution to include other sensitive assets around the facility, along with readers to identify any assets that may have passed through exits or were taken into areas in which they should not be.

Dam spokespersons declined to comment for this story. In general, however, the system works in the following way: The RuBee technology tracks the equipment's location and movements in real time. Because each item is tagged with a RuBee active tag, receivers built into "smart racks" in the armory are able to capture each tag's location within about 6 to 8 inches. Tags are typically attached to the standard grip or barrel of a weapon.

That location data is captured by RuBee software and can be accessed in real time by the armory's managers. In that way, they know what is being stored at the armory at any given time—knowledge that previously required regular manual audits to obtain. Such audits, for a small armory, could require two employees for a full day to collect each item's serial number.

For checking out equipment, an officer authorized to use those assets carries a RuBee-enabled ID badge or card, or enters a PIN number. As the officer reports to the armory, he or she presents those credentials and requests specific equipment.

The armory manager provides each weapon—or some other item, such as night-vision goggles, handcuffs or keys—to the appropriate security officers. As each item is removed from the rack, it is typically passed through a RuBee Issuance Station reader to indicate that it is being checked out. That data is captured in the Armory 20/20 software, using the Visibility AIT Platform, which can be standalone or integrated with the armory's own back-end software in the facility's database. This creates a link between the equipment and the specific user, based on the credential he or she provided, explains John Stevens, VAI's CEO and chairman. 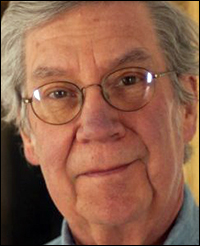 When the security officer leaves the armory with the requested equipment, he or she passes one more RuBee system reader and antenna, known as the RP2 portal, which captures each item's tag ID and that user's ID badge. Data about each tagged item can then be displayed on a large screen for the officer to view, along with that person's name and photo. This, Stevens explains, indicates that until the officer returns those assets, "They own them." That screen, however, is not in use at Grand Coulee Dam.

With regard to the shot-counting function, known as Allegro 20/20, the RuBee tag includes an accelerometer that is attached to the weapon's barrel. If an individual brings the gun to a firing range for practice, for example, the sensor detects each time that the weapon is fired, and can count the shots even in the case of a rapidly fired automatic weapon.

When the officer returns the weapon to the armory, the readers capture the unique ID on the gun's tag, as well as the shot count results. If the number of shots fired is near or has surpassed the maximum approved for that barrel—which indicates that it needs to be replaced—an alert is displayed on the software dashboard for the armory official or other management.

Users can access the software to view how many shots each weapon barrel has accumulated. The solution also provides statistics tied to rapid automatic mode shots. "That makes it possible to analyze general health of the weapon," Stevens says.

VAI's technology complies with the RuBee standard (IEEE 1902.1) and differs from standard RFID technology. Its RuBee MIL STD 810G battery-powered tags transmit a 132 kHz low-frequency (LF) signal on the magnetic portion of an electromagnetic wave. That magnetic signal operates well in the presence of metal and liquids, according to the company, and is intrinsically safe near explosives and ordnance with fuses. The RuBee transmission is also safer from eavesdropping than standard wireless transmissions, Stevens notes. In addition, he says, the magnetic transmission enables a high level of granularity so that users know not only know where their tagged assets are, but also their orientation.

For instance, one Middle Eastern nation is using VAI's RuBee technology not only to identify who removes a particular weapon from the armory and when this occurs, but also whether the weapon is being properly handled. That, Stevens says, requires an understanding of the position of the weapon's barrel.

RuBee technology can detect the tag's orientation, Steven says. Thus, if an officer holds a weapon in an unsafe manner, such as pointing the barrel upward, the software will detect that action based on the tag's transmission angle and prompt an alert at the armory site.

At armories such as the one at Grand Coulee Dam, added security is the greatest benefit that the technology affords, ensuring accountability for every officer and real-time understanding of where weapons are located. However, it also saves costs associated with manual audits, as well as reducing the amount of time guards spend waiting. Often, guards have already completed their shift when they reach the armory and are then paid overtime as they wait for armory personnel to receive and approve their weapons.

In January, VAI began offering a solution known as AccuAudit IO, a blockchain-verified database that automatically maintains an audit trail of each tagged weapon. Users can access a cradle-to-grave history of any given weapon or other piece of equipment, including when and how often it was accessed, fired or maintained.