Final Round of Brazil-ID Program Prepares Country for the IoT

Several Internet of Things-based services may use the same infrastructure that currently serves merely to collect tolls.

Aug 24, 2018The National System of Identification, Tracking and Authentication of Goods, also known as Brazil-ID, is entering the final phase of implementation this month and during September, with operations in companies representing the logistics and transportation sectors. The requirements for equipment and systems are the same as those already defined by technical notes established by the project design team.

For Dario Thober, the president of the Wernher von Braun Advanced Research Center, the objective is to make possible the rendering of services regarding things in general, as is the case with vehicles in Brazil. "RFID generates technological development," he says, "and demands national developers and industry, as well as tools for providers to promote services that are of interest in reducing Brazilian logistics and transportation inefficiencies." 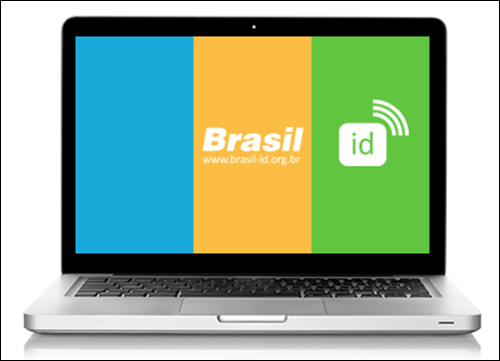 The federal government structured the Brazil-ID system through the nation's Ministry of Science, Technology, Innovation and Communications (MCTIC), the Finance Departments of all the States of the Union, and multiple national research centers. Several Internet of Things (IoT)-based services may utilize the same infrastructure that is presently only being used for toll collection.

Thober reports that implementations already under way, which integrate the Brazil-ID solutions and interoperability tests, conclude an important cycle for the deployment of RFID-based solutions in Brazil. "While solutions that look at vehicle identification are quite robust and growing consistently," he explains, "these actions are making things compatible."

RFID security protocols are being matched to maintain high read efficiency, Thober says, with security for systems involved in transport and logistics operations. "The cloud operation demonstrates that interested companies can extend services in a reliable and consistent way," he states, "in interoperable national management formats." Parallel to these operations, final tests are currently being carried out to deal with the fundamental technical aspects associated with general interoperability between all national systems based on RFID technology.

The results obtained by logistics and transport companies will be consolidated in reports to follow, which will conclude the development phase with the management committee. The Brazil-ID system is expected to be in final operation by the end of next month.

Organizations, agencies, associations and institutions maintain dialogue with the management committee. In this way, ARTESP and other agencies that use such solutions will receive results through the management committee and work in an integrated way to maintain interoperability between the technological solutions and operating models. These final tests should cover at least the following topics, Thober says:

• Operations with systems already defined by the technical notes, taking into account the handling of loads and vehicles in an integrated way, from the production of wafers (safe chips) to initialization, configuration and association with the application (with corresponding parametrization), in the case of tags and readers for the applications of interest in the supply chains of specific products of interest.

• Centralized and decentralized models of back office operation, which show how management entities operate data, centralizing the generation of keys and the administration of the system or operators that perform these procedures independently.

According to Thober, the operations data that large companies are carrying out with the Brazil-ID tools—as well as interoperability tests with Gen2V2, PA-SJ5511, G-Zero and other protocols—will enable responsible bodies to decide on interoperability practices, and to define the best ways of integrating systems of this type in the national context.

In addition to automating tax and customs procedures, Thober notes, Brazil-ID prevents the theft of goods—a problem that has been one of the main cost drivers associated with the Brazilian industrial sector. According to a market study, cargo theft is responsible for handling US$1.4 billion in Brazil annually. Brazil-ID has middleware capable of integrating and interoperating national identification systems based on RFID, by means of payment mechanisms such as tolls regulated by ARTESP and ANTT.