De Meeuw has deployed a UHF RFID solution from Aucxis to boost visibility into its building modules as they are assembled, picked, shipped and received at construction sites.

Sep 25, 2022Dutch modular housing company De Meeuw has deployed an RFID-based solution to improve its operations, both onsite and at remote locations, by automatically identifying where its building modules are located. The solution, known as Nova RFID Asset Management and provided by Aucxis RFID Solutions, replaces a manual process by which modules' serial numbers were previously handwritten to help management track the assets. De Meeuw specializes in four markets: healthcare, education, commercial and residential construction.

De Meeuw builds flexible housing out of modular pieces, which the company says can be installed 50 percent faster than the time required for standard construction projects. The modules are sustainable, with a circular design, and can be reused. The company rents or leases the building modules to each customer, in some cases selling them outright. Customers often use De Meeuw's services to provide the devices, which are assembled at the factory, then are brought onsite and pieced together for immediate use. Those modules can remain onsite permanently, but more commonly they are eventually removed for reuse. 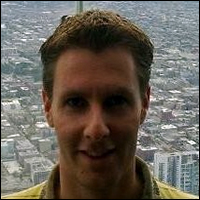 Tracking such large, high-value assets during production and at remote locations has proved to be challenging, De Meeuw reports. Traditionally, a serial number was generated in the company's software, then was printed and applied to each module. However, workers had to visually identify items by locating their serial numbers and writing them down as each module was built or handled during transportation and construction.

Due to the assembly method, the serial numbers could often not be reached or read, according to Erwin van Lent, De Meeuw's operations manager. Additionally, it was possible in the past for human errors to occur, since the serial numbers were often challenging to locate and read properly. "RF is a great solution for this," van Lent says, since the ID numbers could be captured automatically. 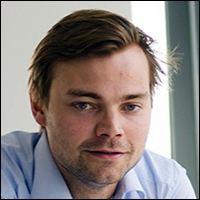 The Nova RFID Asset Management solution consists of two or three passive UHF RFID on-metal tags screwed onto each building module. The unique ID number encoded on each tag is linked to the module's own serial number and is stored in the software. A combination of handheld and fixed gateway readers interrogate the tags to create location and status records for those items.

Aucxis's Hertz RFID Middleware interprets and filters the data, explains Lauran D'hanis, an RFID account manager and business consultant at Aucxis. The information is then forwarded to Aucxis's cloud-based software suite, known as Polaris RFID Asset Management Software. De Meeuw first conducted a proof-of-concept (PoC) of the technology in late 2020, then rolled out the system at its Netherlands-based plant, as well as at worksites, throughout 2021. The technology was fully operational in the spring of this year. 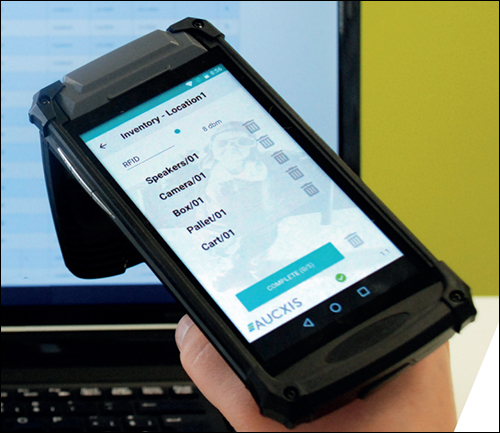 After being applied to a new module prior to assembly, the tags are read multiple times during production to update assembly status. They are then read again when the assets are shipped to a construction site, and when they're received onsite. All data from the Nova RFID Asset Management system is integrated with the company's own business software, known as Isah. Each day, workers at the production site typically access the Polaris RFID Asset Management Software to view a picking list for a particular job. They use a handheld RFID reader to ensure that all the correct items have been retrieved, as well as create a retrieval report for a specific task.

Multiple fixed RFID reader gates from Impinj are installed at the factory's entrances and exits so that the tags can be captured as the building modules are transported to construction sites. Once they are received at a given worksite, De Meeuw's employees use handheld readers to capture tag IDs and register all module locations by entering the GPS coordinates. The Polaris RFID Asset Management Software enables users to add pictures of the modules to their reports for quality-control purposes.

In addition, van Lent says, the technology assists in the return of assets to De Meeuw's production site. "At some stage," he explains, "we can expect the module back at our facility." The software stores a record of which assets are at which site, along with when they are shipped back to the company's headquarters. The technology enables inspectors to update data about equipment they've inspected, while also allowing for regular inventory counts.

The RFID deployment required some customization to meet the application's needs. The Aucxis team identified the optimal tag size, van Lent says, as well as the read range required for the readers, after conducting extensive testing. "The company's modules include metal components that can affect RF transmission," he states. "Aucxis brought experience in the process and implemented the right solution for our situation."

"Today, every module we assemble intact in our factory is being tagged during the process," van Lent reports. Looking ahead, he says, the company intends to introduce a programming station for the initial production steps, during which building module parts are collected and tagged. "At the start of the project, we were preparing [module parts] in batches prior to the assembly process. This way, De Meeuw standardizes [its] process even more."

According to van Lent, the technology captures historical data for analytics, providing the company with information to optimize the building module's storage and transportation. De Meeuw is currently exploring how this analytical data can help it prepare for future customer demands. By conducting a PoC in advance, D'hanis says, De Meeuw and Aucxis were able to identify and define the required RFID tag types and hardware, as well as the exact installation and software needs.

Since the system was taken live, van Lent reports, the company has found that fewer administrative efforts are now required, and that inventory control is more automated, saving labor time. "The Nova RFID Asset Management solution helped our employees to get a grip on their work," he states. "They know the exact location of every module and which modules will be transported and returned." As a result, he says, search times have been significantly reduced and the company's inventory is now more accurate. "Errors or ambiguities are detected in no time and can be easily corrected."

The cloud-based Polaris RFID Asset Management Software serves as an RFID management platform, D'hanis says, which collects and manages the module's data before exporting it to the Isah business software. Benefits for De Meeuw include eliminating the risk of errors when module ID numbers are not written down—or not written incorrectly. The technology provides greater flexibility for vehicular fleets and inventory stock, van Lent notes, because inventory counts are updated at each site in real time, and the company is now using RFID to track approximately 8,000 modules. "This number grows every day," he states. "We can easily expand without increasing effort in inventory control."